Falcon’s Fury at Busch Gardens Tampa continues it’s skyward stretch as the world’s tallest, and most daring free standing drop tower. Crews are working non stop on the project, as well as several others in the area. As the project gets closer to it’s 335 foot mark, the rest of the ride is getting ready to get put into place as ride cars are being delivered. The world of Pantopia is also starting to come to life as crews begin work on the surrounding area. 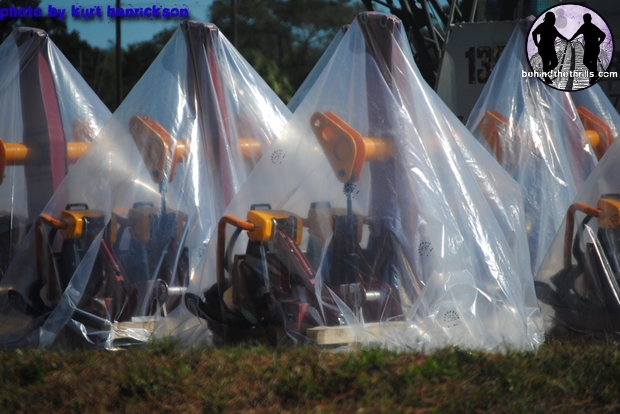 Outside of the park, trucks are now delivering what appears to be ride vehicles to an area just north of Adventure Island. The ride vehicles appear to be mounted to steel beams, with what appears to be a huge wench tucked just behind it. This will most likely be used to turn riders from a sitting straight position, to a face down position. Once riders are in that face down position, they will be dropped from the top of the 335 foot tower back towards the ground. 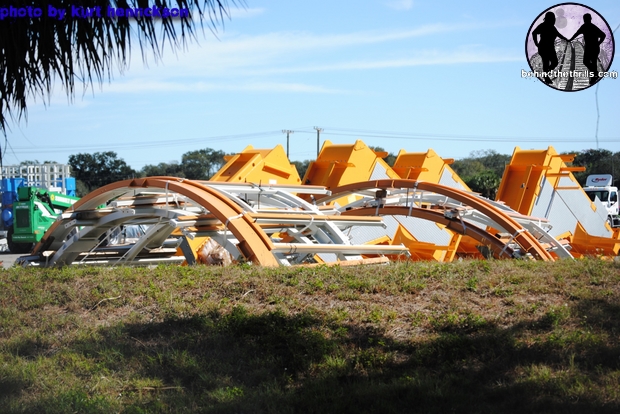 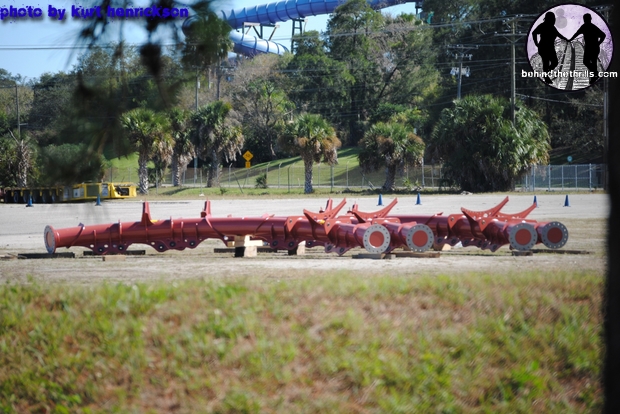 Other pieces arriving on site appear to be the rides lift system and car carriage. These will carry the cars to the top of the 335 foot tall tower, before sending them speeding back towards the ground. Considering the speed at which the tower went up, these pieces should be put into play very soon as well. 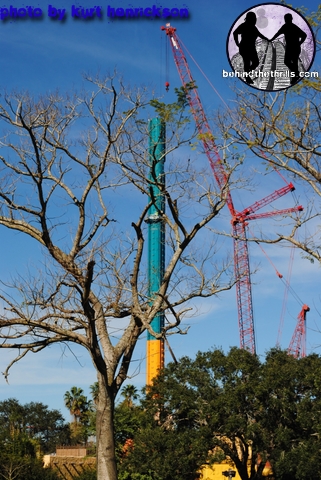 Inside the park, Falcon’s Fury dominates the landscape, visible from the front of the park easily. Earlier last week, crews reached the 300 foot mark. It seems very likely that the attraction will be topped off very soon, possibly this week. 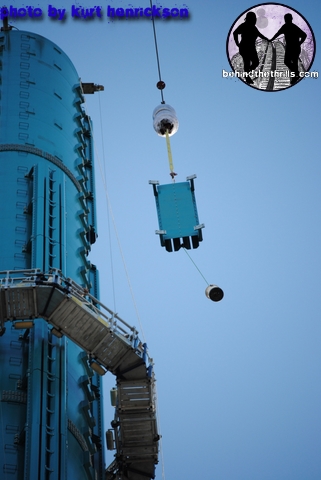 Since ride vehicles are onsite, crews are putting in what appears to be ride track, that will help the cars glide towards the top, then soar back down to the ground.

Check out this video of crews installing pieces of track on the tower itself: 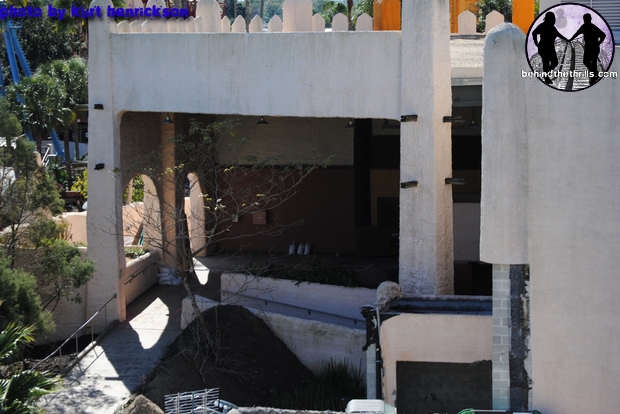 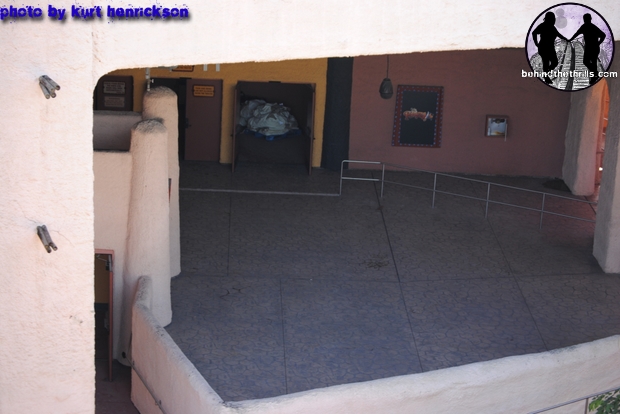 The other major project happening at Busch Gardens Tampa for 2014 is Pantopia. The area will be taking over the Timbuktu area, which now houses a 4D theater. This new area will feature a renovated theater, which will house a new show. The area will also feature a new marketplace and themeing. Currently the area is starting up with the renovation process, which can be partially seen from the Skyride. 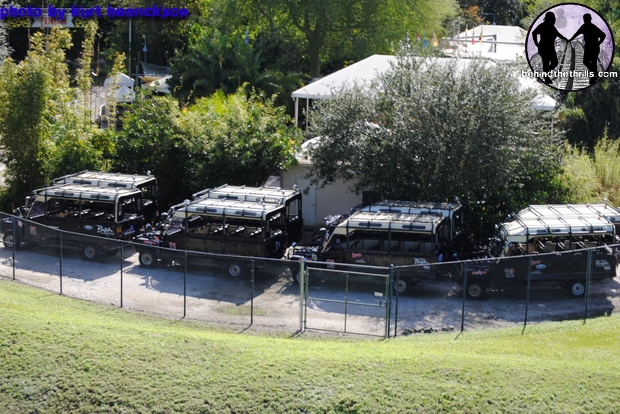 Also visible from Skyride are the forgotten fleet of Rhino Rally. The attraction closed, seemingly for good last year. There are rumors floating about that the attraction will see some kind of life again. After the opening of Falcon’s Fury and Pantopia, there is a strong rumor that suggests the attraction will go deeper into the Serengeti area of the park, and will take guests on a new trek. Most of the area that was previously inhabited by Rhino Rally is now taken over by Cheetah Hunt, the park’s launch coaster which opened in 2011.

Check out a ton more pictures from around Busch Gardens Tampa:

Can’t view the slideshow? Click here to view all the glorious pictures!