No one can say that SeaWorld doesn’t make a splash everywhere it goes. The marine park chain made waves during the 125th annual Tournament of Roses Parade in Pasadena California by presenting the huge new “Sea of Surprises” float. The huge float not only impressed audiences, but also judges. It was also the first time in history that a float had to have a security detail to help protect the float. 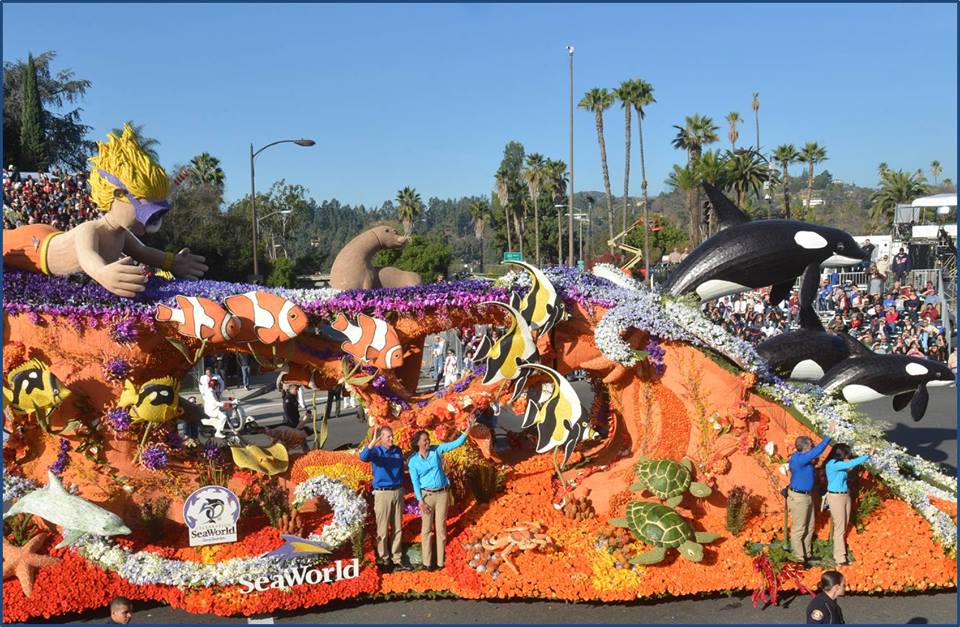 The float takes the animals of SeaWorld and brings them together like never before, with gorgeous flowers and design. The float received rave reviews, and was even awarded the coveted President’s Award for “Most effective floral use and presentation”. The float comes right before SeaWorld kicks off their huge “Sea of Surprises” campaign, celebrating 50 years of bringing people closer to the sea, and opening their eyes to the beauty of the world around them. 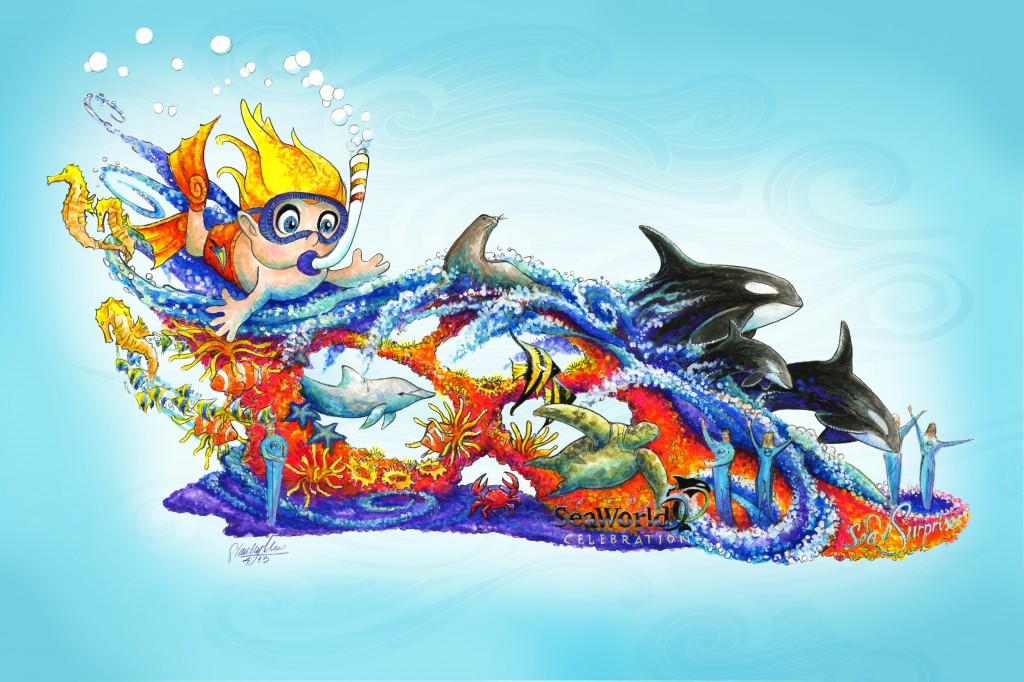 The float didn’t impress everyone, however, as a small group of  protesters were on hand to try and stop the float from making it’s rounds. According to several news agencies about 19 people were arrested Wednesday after they tried to “stand and stomp” in front of the float to try and keep it from moving. The animal park has been receiving a lot of criticism and attention in the past few months since the film Blackfish has aired on CNN. The film, billed as a “psychological thriller” by the films official website, tells about the death of trainer Dawn Brancheau, and the whales of the park. Since the airing of the film on CNN “copy and paste activists” have made things tough for SeaWorld. Would be activists have signed petitions urging bands who were scheduled to play at the park to back out. Several have done so, including Willie Nelson and Heart, citing that they were against the way the park treats the animals. Both of those groups have played at the park in years past.

SeaWorld wasn’t the only float to be protested in the parade, protesters gathered to protest a float on which a same sex couple were married. While people did protest that float as well, according to news agencies,  no one involved in that group was arrested for trying to physically obstruct the float. This isn’t the first time a SeaWorld float has caused controversy. At the 2013 Macy’s Parade in New York, protesters tried to stop the float there as well. A 12 year old girl was stopped trying to hop a barricade into the street.

SeaWorld’s Sea of Surprises kicks off this March when the park plans on launching a massive celebration in the parks and on tour. Look for “surprise squads” to randomly reward guests in the park with merchandise, discounts and more.

Stay tuned for more on the Sea of Surprises at SeaWorld, and be sure to follow us on Twitter @BehindThrills for the latest updates.

For more information about the Sea of Surprises celebration coming to ALL SeaWorld parks this March, visit the official website by clicking here!