Over the past few months, Blackfish has gone from a simple film making the festival circuits to a hot button topic that everyone likes to argue about. Everyone, that is, but SeaWorld. The park chain has stayed relatively quiet on the subject while the steam has gathered behind the film. Today, SeaWorld has released a full blown anti-Blackfish message on it’s website. In it, they bring out trainers-both current and past to talk about the animals, including one damning piece by a trainer used in the film. They want you to know the truth about Blackfish, and the propaganda piece that has gained steam, and pulled at heartstrings. 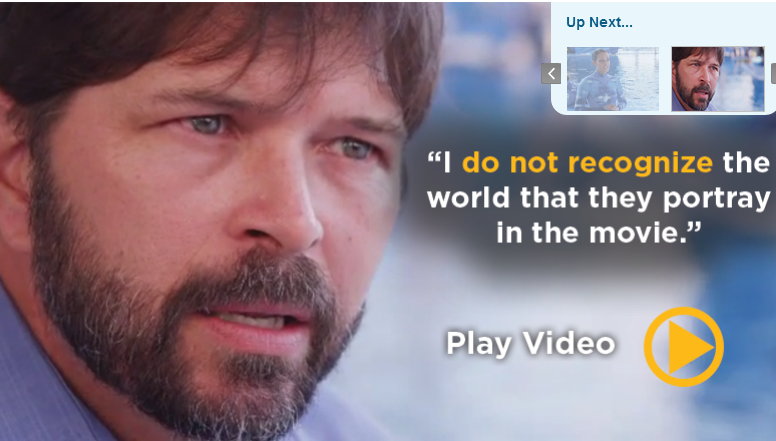 The new campaign and videos, released today, break down the film-lie by lie, and show you why it’s wrong. This comes after several other trainers have spoken up about it. Our friends over at MiceChat had interviews with several of the former trainers who were either used in the film, or consulted about it. Every single one of them felt that the film was completely one sided, and slanted.

Here’s what SeaWorld had to say via their Truth About Blackfish site (click here):

We object to Blackfish because its two central premises are wrong: (1) that life at SeaWorld is harmful for killer whales and for trainers working with these animals, and (2) that SeaWorld has attempted to cover up the facts surrounding the tragic death of trainer Dawn Brancheau in 2010, as well the history of Tilikum, the killer whale involved in that accident.  Nothing could be further from the truth.

The park goes further to dispute several of the points, and does something that Blackfish does not. Give hard evidence to support their claims. On top of that, they have trainers, and animal care experts go on record and give their side of how Blackfish manipulated their footage and stories:

First Mark Simmons on how the filmmakers used only what suited their needs, and how it was all manipulated to serve another purpose:

Also in the film, they have a trainer “Sam” who makes it seem like it was no big deal to be working with a Killer Whale, that she was simply told to go ride the whale…and there was no special training involved. That resonated and struck a chord with current trainer Holly Byrd. Why? Because it was footage of her riding the whale that the film used.

Someone who worked so hard, in both career and education had to feel a slap in the face at seeing one of her most amazing moments not only minimized, but also given to someone else.

Before we go further, and before you decided to write a comment, understand that we are a theme park website. We love theme parks, and we love SeaWorld. We are their harshest critics, but we are also their biggest defenders. When they are wrong, we will tell you flat out. When we feel things are being unfair, we’ll defend them (and any theme park) tooth and nail.

The film felt wrong from the get go, and after watching it we were left with more questions than answers, and more things that we knew from working with SeaWorld that were categorically wrong.
While we’ve been doing nothing more than speaking up for SeaWorld, our friends over at MiceChat have been working hard at trying to not only speak up for SeaWorld, but show everyone that there is something more afoot. There’s an agenda.

SeaWorld has been in a huge legal battle over the death of trainer Dawn Brancheau with OSHA (the organization that maintains workplace safety). The outcome of this will shape how SeaWorld trainers interact with the animals in the future. In a recent article (click here and scroll down) MiceChat uncovers that an OSHA investigator, who has testified against SeaWorld, has been seen at the films premiere in several cities, as well as parties and other events. Lara Padgett is the head OSHA investigator for Florida, but MiceChat has recovered several images of her with the filmmakers. Why? MiceChat also says that Padgett was spotted in  Sundance, New York and Sarasota premieres of Blackfish with the filmmakers.

They don’t come out and say anything,  asking that instead other news agencies might want to dig a little further. It brings up all sorts of questions. Why would an investigator..testifying against the park.. be at the premiere of an anti-SeaWorld film? Wouldn’t that be a conflict of interest? In befriending the makers of an Anti-SeaWorld film, it could definitely bring into question the integrity of the investigation, as well as the validity. How could someone who is supposed to be dedicated to finding the truth do so with an influence from several people who clearly have an agenda, and have (as demonstrated by the film) no interest in the truth themselves? It’s mind boggling, and feels very wrong.

According to the Orlando Sentinel, OSHA is now  investigating Padgett. Padgett cannot comment, however one of the film’s producers of course has:

“In fact, we repeatedly tried to secure interviews with her, her OSHA supervisor, Les Grove, and OSHA attorney, John Black, and were refused each and every time,” Zimmermann said. “Nor did Lara Padgett ever provide ‘Blackfish’ with a cache of OSHA documents, or any documents, from the OSHA inspection. Everything used in ‘Blackfish’ related to OSHA came via standard FOIA[Freedom of Information Act] requests.”

As expected, the filmmakers are denying any kind of wrong doing. And they are very well telling the truth (as far as we know). However, that misses the point altogether. The point is that you have a high profile investigator, who is investigating a business, rubbing elbows with the filmmakers of a film that is very much against that business. That’s like a judge going to dinner with a mob boss who is on trial, and the judge is the overseeing the case! This investigators findings can very well determine what happens to SeaWorld. The investigator is very much still involved with the case, and is seen in MANY different cities with the very people who would shut it down. If the investigator didn’t help with the movie (and we highly doubt she did) she could be, at the very least, influenced by the makers of the film. It’s not an issue of getting access to confidential information, it’s about an investigator being influenced in a decision that should only be left for the truth.

In other words, an accusation could be raised that the investigator is being bought by Blackfish to find SeaWorld guilty of all charges. What would that do for Blackfish? That would make them right, and help them sell more copies of their DVD.

Visit the official SeaWorld Truth website, and see exactly what else SeaWorld says is wrong with the film, by clicking here.

TAGblackfish SeaWorld Truth
Previous PostBanshee ready to have final pieces of track installed at Kings Island Next PostWild Days at SeaWorld Orlando give a glimpse at animal care, conservation and rescue