Very late in 2013, Universal Orlando unveiled huge plans for a massive renovation to it’s entertainment and dining complex, CityWalk. The park also announced that Muggles worldwide would be able to catch a glimpse of Diagon Alley when the Wizarding World of Harry Potter reveals it’s next chapter in Summer of 2014. The new addition is sure to be a huge success, so it’s no surprise that Universal Orlando had crews working early into the new year to get everything done. We take a look around at all the progress the park is making. 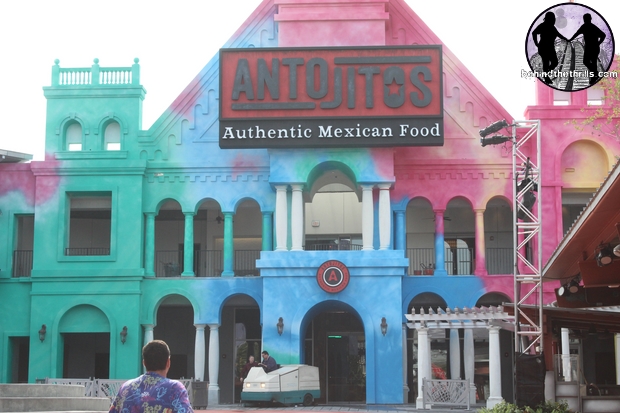 Universal CityWalk revealed a massive new face lift to the dining portion of the entertainment district late in 2013. The area has already seen one of the eight new expected venues open. Red Oven Pizza made it’s debut late 2013 to rave reviews and long waits. It seems like we may not have to wait too much longer for the next venue to open, as Antojitos Authentic Mexican Cuisine looks poised to open any day now. Walls have come down, and signs have gone up. 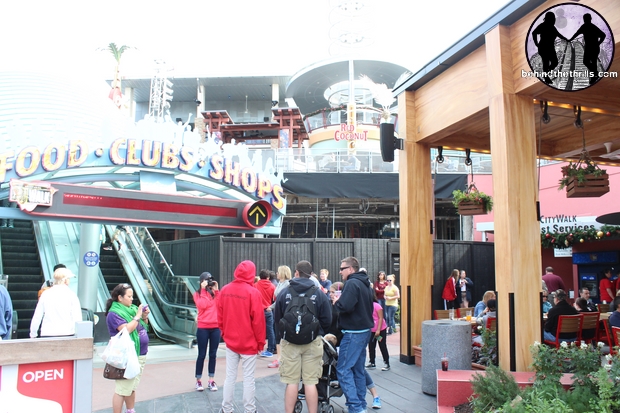 Elsewhere in CityWalk, walls are up and work is busily happening on the next two venues coming to the area. The area will be home to both a huge new Starbucks location, and a Coldstone Creamery. Starbucks currently has a limited space in the upstairs area. The new Starbucks will be one of the largest, and will feature outdoor seating as well as indoor.  Other restaurants coming include Menchies, Breadbox Sandwich shop, Hot Dog Hall of Fame, and The Cowfish-featuring gourmet burgers, sushi and their own brand of Burgushi.

The current upgrades should be done by Summer, and though it has not been confirmed, another phase should start shortly after this first one completes. 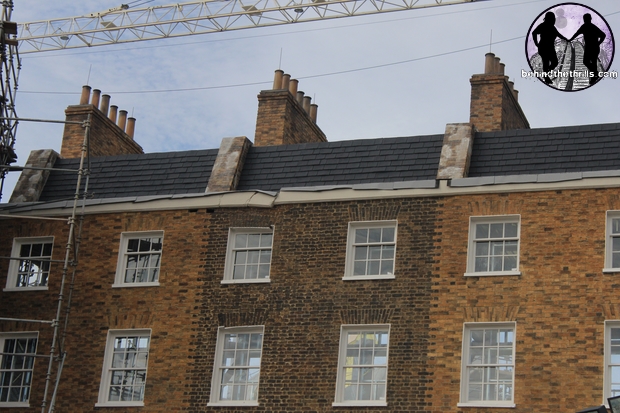 At Universal Studios Florida, work is progressing on The Wizarding World of Harry Potter-Diagon Alley. The new area will feature the Muggle world of London, as well as the hidden Wizarding World of Diagon Alley. Fans of the books and films will get a glimpse at areas such as Grimmauld Place, pictured above. Grimmauld Place is hidden to Muggles in the books and the film, and seems to appear out of nowhere. The paint scheme and brick coloration, as well as the trim on the roof seems that it will appear the same way at Universal Studios. 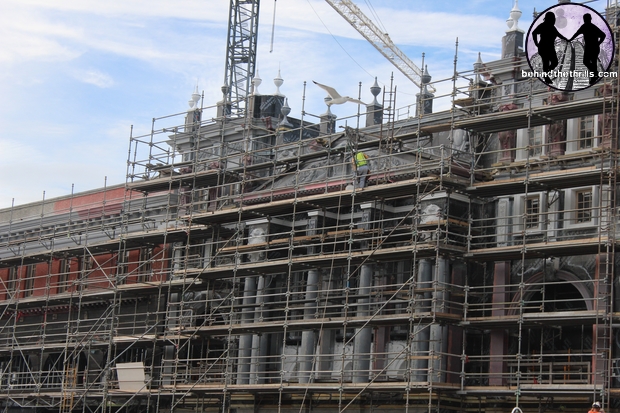 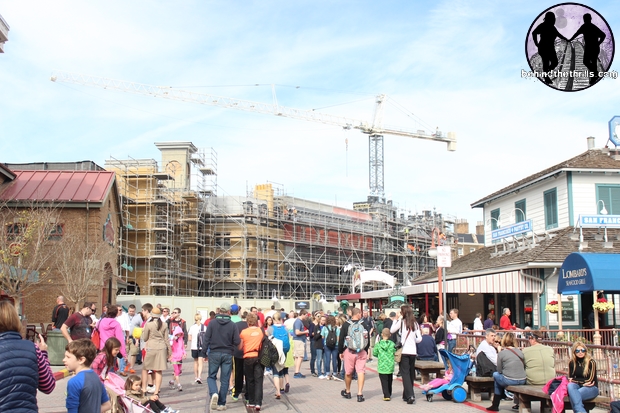 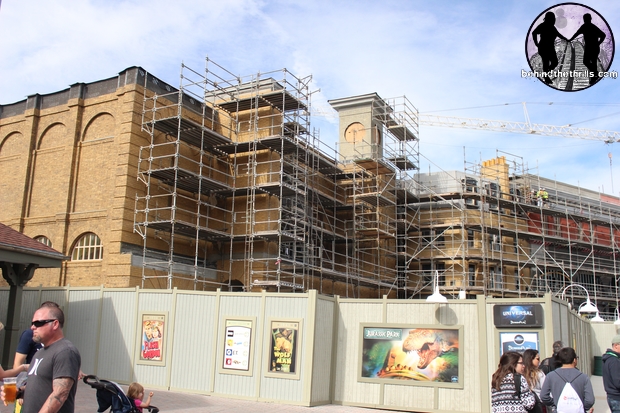 More and more details spring to life on the London side of the Wizarding World, as forms of concrete and drywall spring to life as iconic images from the movies and books. As you may guess, the actual Wizarding World attractions will not be seen from the London Side where Muggles can see the secrets. Instead guests will have to travel to the little alley behind The Leaky Cauldron and tap their wands on the correct spot on the wall (three up, two across from the trash can) to gain access to Diagon Alley.

While all details have not been revealed yet, The Leaky Cauldron will be the place to dine for Wizards and Muggles alike. There will also be tons of shops, both returning and new, and there will also be The Hogwarts Express to take guests to the village of Hogsmeade at Islands of Adventure. What hasn’t been confirmed 100% is the Gringott’s Coaster, which will take guests on a high speed chase through the vaults of the wizards bank. There are also rumors of Knockturn Alley, and Weasley’s Wizards Weezes-the joke shop run by the Weasly Twins, Fred and George.

In fact, Universal has been teasing the all new area and the huge announcement coming up on January 23rd.

We definitely get a glimpse at the joke shop, and a high speed rail coaster. What other secrets will be revealed? We will find out in just a few short weeks when Universal unveils everything on January 23rd.

Check out even more photos from around Universal Orlando in our slideshow below!

Be sure to stay tuned as we learn more about the Wizarding World of Harry Potter, and other huge things happening in 2014 at Universal Orlando. Follow along with us on Twitter @BehindThrills for all the latest updates!

For more information about Universal Orlando, including the Wizarding World of Harry Potter and more, visit the official website by clicking here!