On Thursday, all eyes will be on Universal Orlando, or should we say on computer screens. The big announcement will come this week about what Muggles can expect to see when The Wizarding World of Harry Potter-Diagon Alley cracks the bricks this Summer at Universal Studios Florida. In the meantime, scaffolding around London has come down, plus we get a glimpse at some of the other projects happening around the resort. 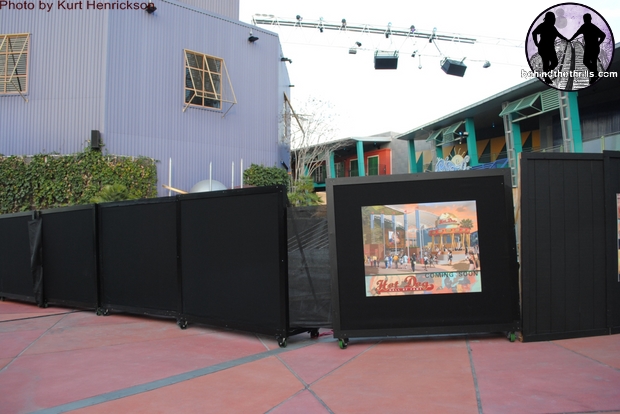 First up is of course, CityWalk. The entertainment district at Universal Orlando is getting a complete makeover in several sections. The area has taken a bit by bit approach, and this time it looks like the All Star Hot Dog location is about to get under construction. So far, we have The Universal Studios Store, Starbucks, and Coldstone Creamery under construction. Red Oven has already opened, and Antojitos is about to open any day now. 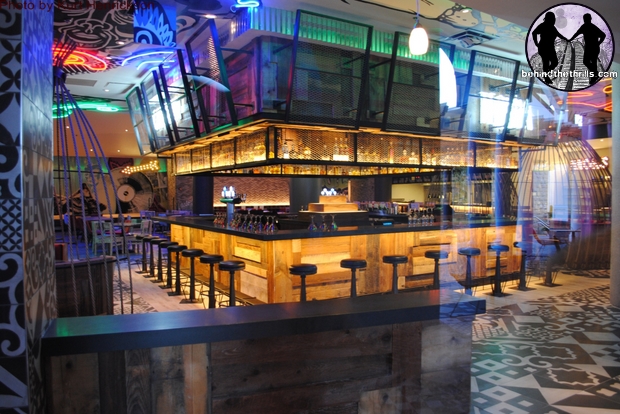 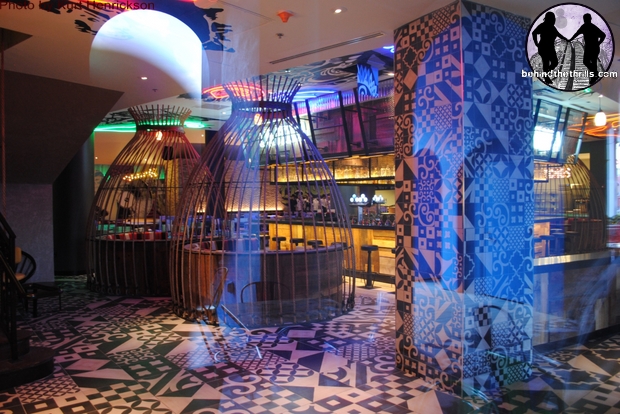 Speaking of Antojitos, the walls have come down around the restaurant completely, allowing for a glimpse of the inside, through the windows. The bar areas, and tables have a very interesting feel to them, as does the entire restaurant. The color pattern on the inside is a stark contrast to the outside, but just as insane. There’s rumors of a January 31st opening, though it looks like it could be sooner. 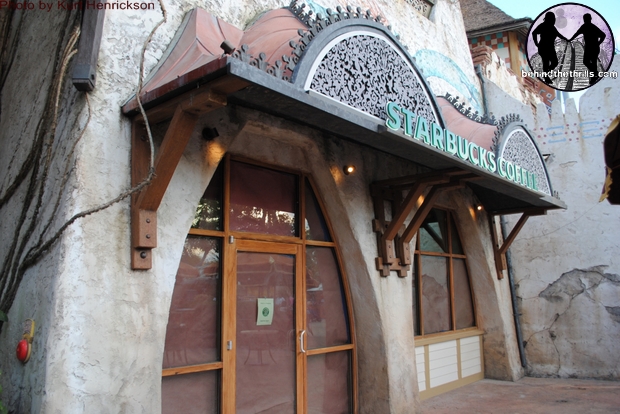 Walking through Islands of Adventure, the walls around the all new Starbucks have come down. It reveals a very rustic, old school modern coffee shop to match the rest of the Port of Entry area, yet it’s still Starbucks. We have seen several inside shots from other websites, as these pictures were taken just as the walls came down. 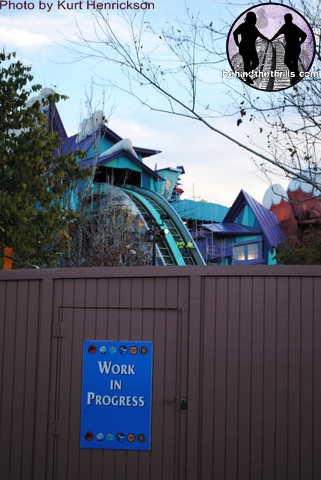 While the rest of the country is gripped in snow and a polar vortex, Florida is having it’s own winter weather. Yes, we do get temps cold enough that we definitely do not want to go in the water. With that in mind, Dudley Do Right has gone down for it’s annual maintenance work. It seems that major work is being done once again. It should, however, be done just in time for Spring Break. 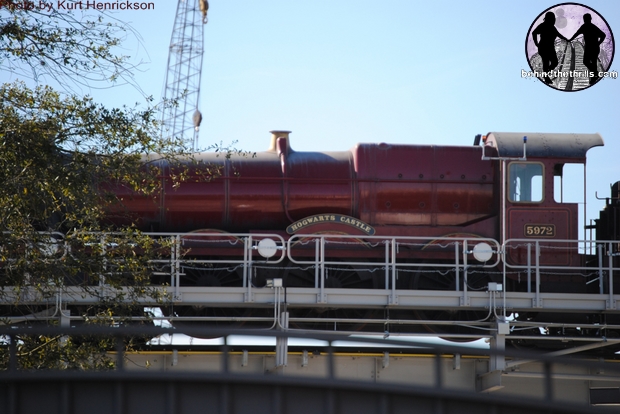 Jumping over to Universal Studios Florida, our attention falls directly on the gorgeous Hogwarts Express that is perched on the tracks, almost as if it’s excited for the big announcement coming on Thursday. The train has been undergoing several tests and can be seen from time to time making slow chugs through the park. 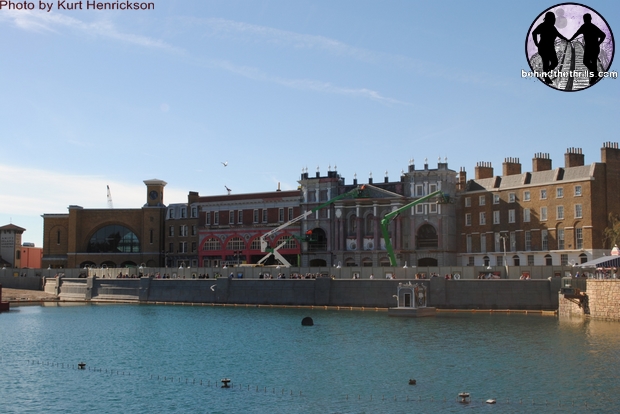 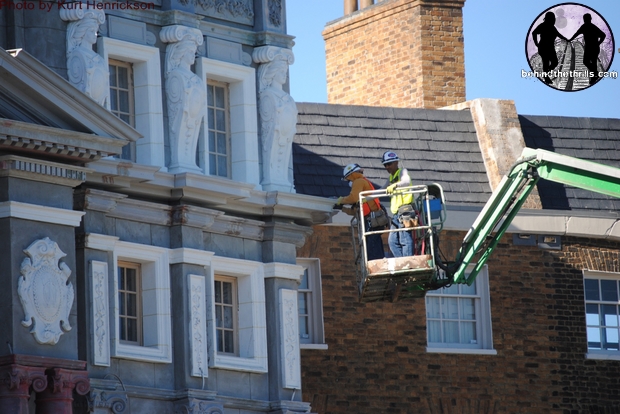 As we showed you last week, the scaffolding all around Diagon Alley has come down, and it reveals an amazing glimpse at the London waterfront. Crews still work on some details all over the area, but the majority of the facade work is completely done. The minor details will help to bring this area completely to life. 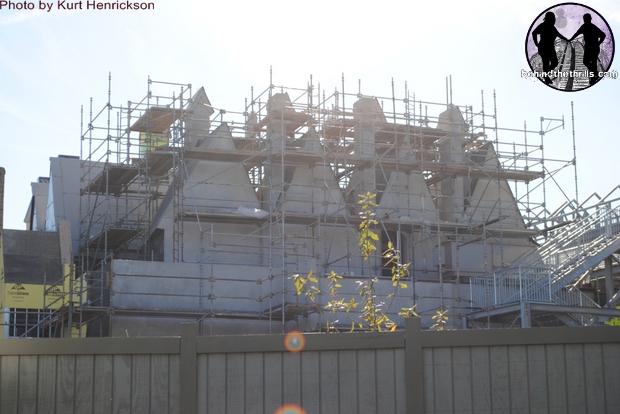 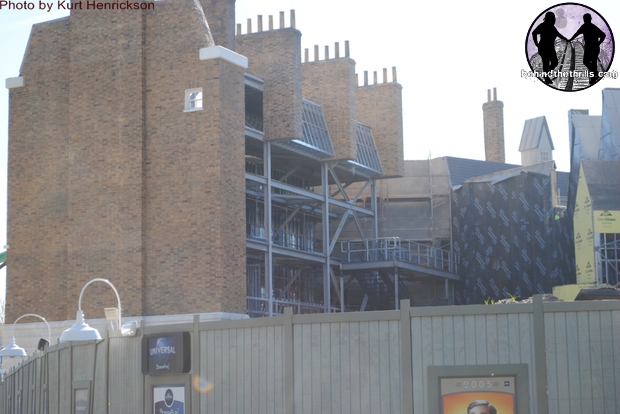 The Muggle world of London will be all that guests will be able to see from the outside, from what we’ve been told. Once the area is complete, Diagon Alley will just be a figment of your imagination that you think is there, but you won’t be sure until you venture behind The Leaky Cauldron and tap on the wall for yourself.

Check out even more pictures from around Universal Orlando, including several smaller projects, in our slideshow below!

Can’t see the slideshow? Click here for all the pictures.

Thursday marks the day that all will be revealed! So be sure to stay tuned as we bring you all the wonderful wizardy from the wizarding world! Follow along on Twitter @BehindThrills for all the latest updates!