Beetlejuice returns to Universal Studios Florida with a Graveyard Mash-Up

Say it once, say it twice…third times the charm-Beetlejuice, Beetlejuice, Beetlejuice! After just about a month of downtime, the ghost with the most is back at Universal Studios Florida with an all new show, and a few new friends. The Graveyard review is gone, and so are Hip&Hop. The big guy is back with a mash-up of 80’s hits and some spins on classic Universal Monsters. 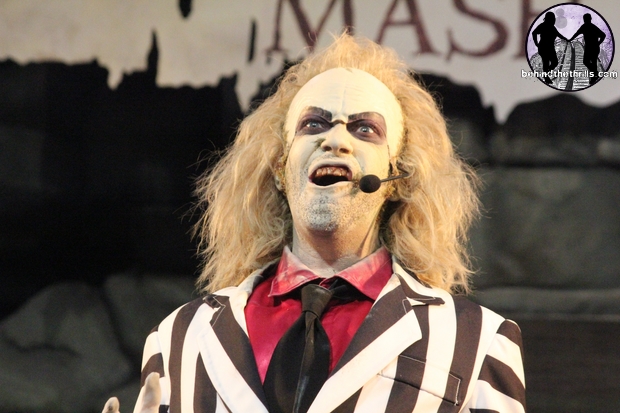 Beetlejuice first made his presence known at Universal Studios Florida in 1992. That version of the Graveyard review ran until about 2002, when it was replaced with a show loosely based on the same show at Universal Studios Japan. That show featured quieter, less pronounced versions of “Hip and Hop”…an indication where the music in the show was going. In 2006 the Hip&Hop characters became cheerleaders…or “Fearleaders” as BJ would say, and took the show in a direction featuring more modern music. That show closed in January.

Now that we got the history lesson out of the way, what’s old is new again as Beetlejuice brings back the 80’s and 90’s and brings out new versions of old friends in a Mash-Up of monsters. 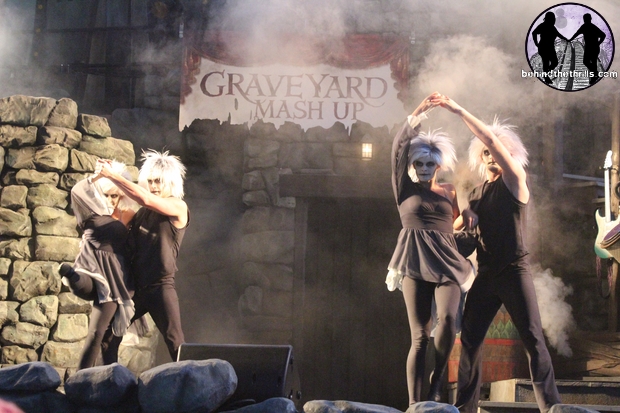 The first new characters we meet are ghosts. They don’t say much, they don’t sing, they are just there for support and to dance. They are interesting and simple, with just the smallest touch of make up. 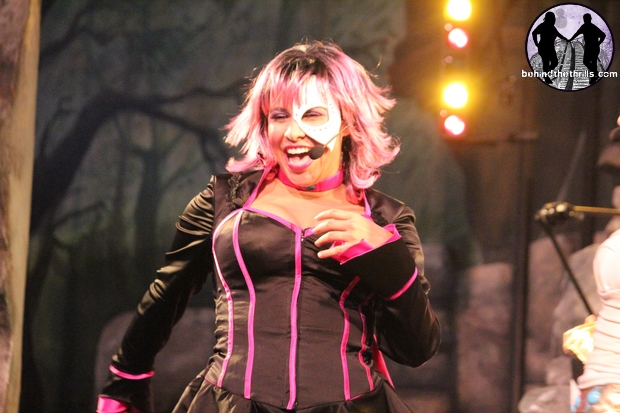 Next we meet a real “daddy’s girl”, Phantasia-a DJ that puts a new spin on the Phantom of the Opera character. The Phantom was originally part of the Beetlejuice show when it first premiered. 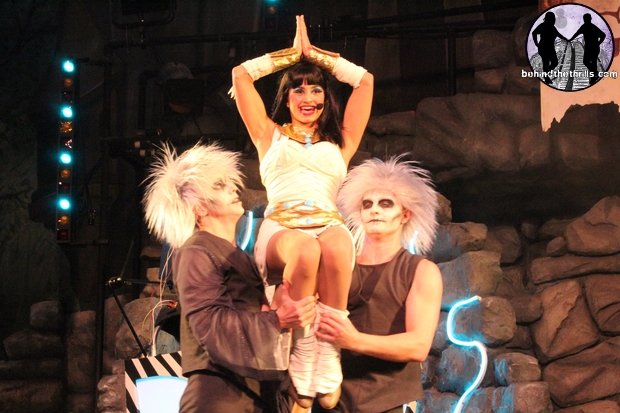 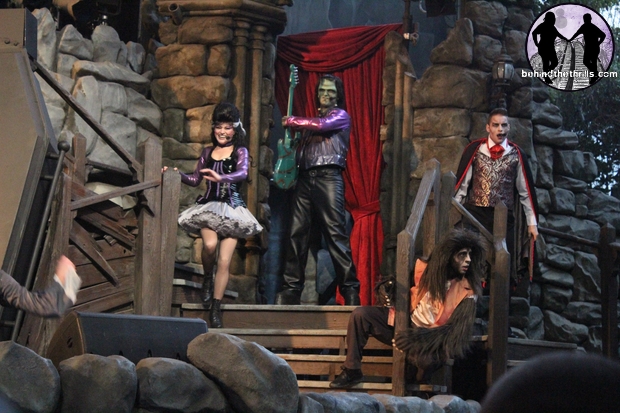 Of course the original gang is still the biggest part of the show, with Frankenstein, Bride, Wolfy and Drac all having their own numbers. Each song a mashup of two songs from the 80’s and 90’s. 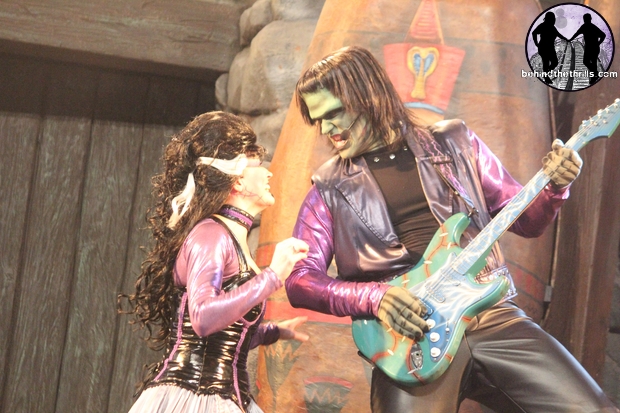 The highlight of the show is still Frankenstein and the Bride doing a duet. There’s something about the chemistry and cheesy hair metal that just seems to work with these two. Beetlejuice is still a pretty big part of the show, but where he was front and center and very in your face before, he’s more scaled back and happy to let the monsters take over…for a while.

So who is the show for? This version of the show is safely for everyone. Families will love the silliness of the monsters, and the music. The non scary versions of the monsters is the perfect way to introduce the little ones to the classic Universal Monsters without any fear of nightmares or emotional scarring. Those who are fans of the 80’s and 90’s will love the mash ups, although locals may find that it’s not a must see on every visit. If you are visiting for the first time, or the first time in a long time, it will be a must see, however.

Beetlejuice’s Graveyard Mash-Up is just one of the many new attractions and shows happening at Universal Orlando this year. The resort is getting ready to unveil the all new Cabana Bay Beach Resort on March 31st, and is slowly rolling out eight new venues at CityWalk as part of a massive revamp of the area. The resort has already opened Red Oven and Antojito’s Authentic Mexican(click here for a full review).
Later this summer the park will open The Wizarding World of Harry Potter-Diagon Alley at Universal Studios Florida.
Stay tuned as we bring you the latest at Universal Orlando. Be sure to follow along on Twitter @BehindThrills for the latest updates!