A new world of color, stories and screams is coming to Busch Gardens Tampa later this year as the park prepares to open it’s all new land, Pantopia. The centerpiece of the all new land will be the 335 foot tall Falcon’s Fury drop tower that will not only the tallest freestanding drop tower in the world, but also the first ever to push you over, and make you fall face down, allowing you to see the ground speeding up to meet you. We were invited to the park to take a look around the all new area, and to learn some exciting new details about the story telling and art that is going into the new area. 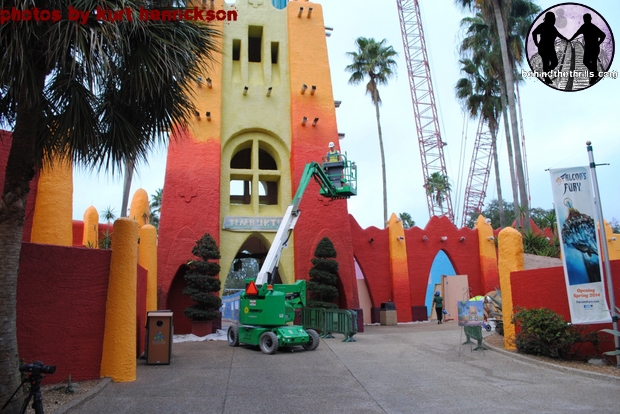 Pantopia, once completed, will be an area like none you’ve experienced before. The park is expanding on the “Africa” theme, and going more in depth with the stories that they tell. Pantopia comes from the creative minds of Busch Gardens, and was drawn from the figments of the imagination, and it will draw guests into an all new world where nature and imagination come together. The first thing guests will see is the Key Gate. Legend has it that the Key Gate is where the man who created Pantopia first came down from the sky. His balloon is still there, torn and tattered from the elements. He holds all the keys to the doors in Pantopia, each door with a different story. Everything in the realm will have it’s own story. Guests will then arrive at Transportation Plaza, where they will leave their vehicles behind and be immersed in the many experiences of Pantopia, including all new culinary offerings, shopping and of course new and repurposed rides and shows.

With the new area will come new shopping, and Busch Gardens Tampa is bringing back an old favorite character to Pantopia. This old merchant retired from his adventuring days in Egypt and came to Pantopia with his family, and his camel covered in shiny fabrics. 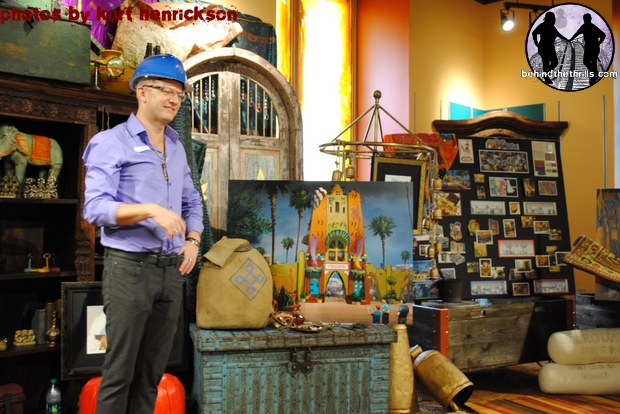 Ackbar’s Painted Camel is a gift shop that brings a familiar character back to Busch Gardens. Ackbar was once the head of Ackbar’s Adventure Tours, which was once a  simulator ride that would take guests on a wild ride through the streets, marketplaces and pyramids of Egypt. The park closed the simulator down for good in 2007, and Ackbar was sent packing with his family and his painted Camel, that’s when he stumbled upon Pantopia. 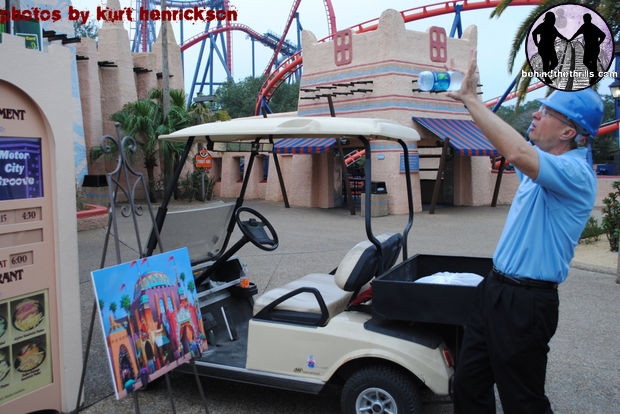 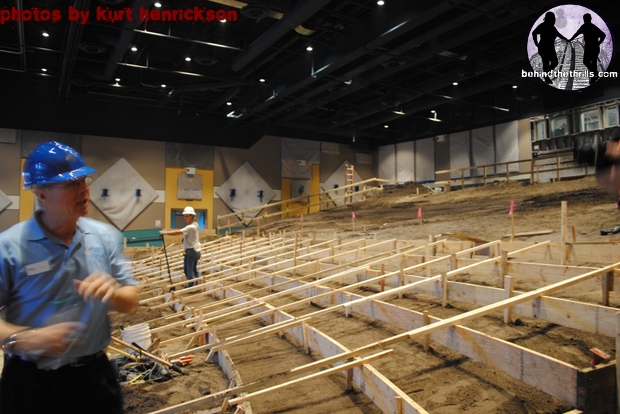 The current Desert Grill will be transformed into The Feast Hall. It will feature ribs, sandwiches and more traditional food. The Dragon Fire Grill will feature kabobs, ribs and sausages to tame an appetite as ravenous as the Komodo Dragon. In fact, the Komodo Dragon and the various tales surrounding the mysterious living dragon inspired the new eatery. The area will also feature Twisted Tails, a pretzel shop where pretzels are hand made right before your eyes.

The Timbuktu theater, which previously housed a series of 4D shows will now house Opening Night Critters, which will feature both domestic and exotic animals. Many of the animals can be seen in Critter Castaways until February 16th.

Of course the centerpiece of the area is the huge, never before attempted Falcon’s Fury. The massive Intamin drop tower will feature several surprise elements that will turn a white knuckle thrill into a death defying feat of bravery. 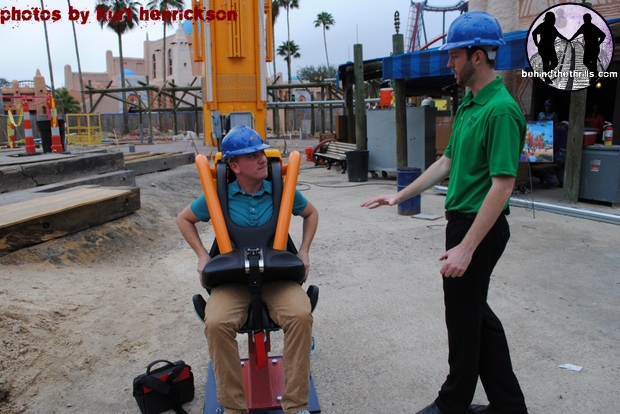 Riders will climb up the 335 foot tower in just about a minute. Once you’re at the top, you are turned face down, looking at the ground welcoming you back. From there it’s a guessing game. A randomizer will choose just how long you stay at the top. Guests will be dropped either immediately, or held at the top just long enough to wonder if something’s wrong before gravity takes control.

Pantopia will also feature revamped versions of The Phoenix, and the carousel. Scorpion will also remain, but no word on if  the Sand Serpent wild mouse coaster will remain in the park.

Slideshow-View more pictures from across the construction site at Pantopia

Pantopia is just the latest way that Busch Gardens Tampa, and parent company SeaWorld is taking their new attractions into more detail with richer, more in depth stories.
Stay tuned as we bring you more updates from Busch Gardens Tampa. Be sure to follow along with us on Twitter @BehindThrills for the latest updates!