Everything is awesome! The Lego Movie brings playtime and family together in one awesome movie.

There’s one thing that can be said about the Lego Movie. It’s unexpected-from the way the film looks, to the way the characters come to life, even down to the story. It’s one unexpected pleasure after the other. The film is undoubtedly an advertisement for Lego’s toys, but it works as a little more than just a toy advertisement, and surprisingly it’s a reminder of how we all just need to let go and play. 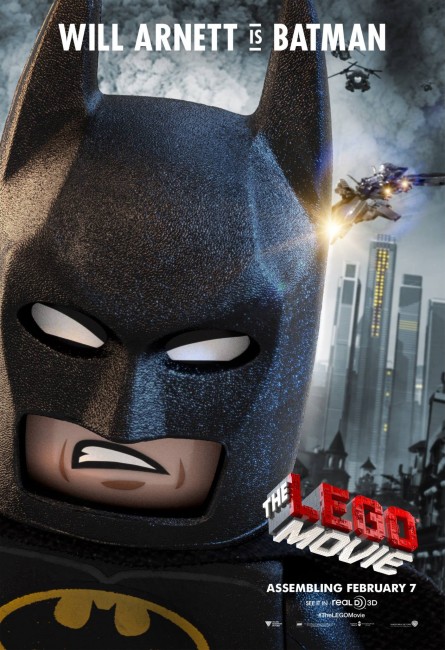 As we said, The Lego Movie is an advertisement for Lego toys.If that was the only thing it was, the movie would be a huge failure. Good thing there’s more to it than just a few cleverly placed bricks.
However, with the obvious connection, it would have been silly for Legoland Florida, the Lego theme park to miss the opportunity to tie it in, not only to the toys, but also into the theme park in Central Florida. That’s exactly what they did, and what they will do this weekend with a weekend dedicated to the film.

Before the film we were able to catch a glimpse at some of the characters that are coming to Legoland Florida from the movie, Emmett and Wyldstyle.

Sure, the movie is an obvious advertisement for both the toy line and theme park with clever nods to toy collections and lands within the theme parks. Does it rise above the ads and become more than just a 90 minute commercial? Surprisingly yes, it goes from commercial to movie so smoothly that you almost forget you are watching a movie made of Lego’s.
First there’s the animation. It’s a mix of stop motion and CGI (and some live action) that moves so seamless that some will swear it’s completely CGI, while others will swear it’s all stop motion. The coolest thing is that there are special effects like laser blasts, and explosions that are done with nothing but Lego’s. The water splashes and ripples in a way that you know it’s completely Lego, but still done in a way that still let’s you believe that, yeah…Lego water would splash like that.
The story is definitely a bit in the silly side. Lord Business steals the rare and powerful Kraygle, and with it uses the power to build a perfect world. There is no room for creativity, and everything is done directly by the instructions. When we meet our hero, Emmett, he is perfectly happy to be just like everyone else, so much so that he doesn’t realize he’s nothing like anyone else. He then meets a stranger looking for some “piece of resistance” who turns his world upside down and tells him he is the one that is the most amazing, interesting, awesome person in the world and the only one who can save it. For the first time in his life, Emmett is special.

We won’t go to much further into the story, but all of the actors playing the characters do an amazing job. Morgan Freeman seems to play his blind, all powerful Vitruvius with a child like glee that’s fitting for the film. Will Arnett’s Batman is probably about the most convincing and fun version of Batman we’ve ever seen on screen. In fact, stay after the credits for the full version of his “Untitled Self Portrait” song.

The film captures what it’s like to play with Legos all over again, and what can come of trying to be a “master builder” and letting your imagination just run wild with it. It also gives a nod to what amazing worlds the Lego masterminds have created by simply following the instructions. The third act itself kind of grinds everything to a halt, and takes the movie from being a simple kids movie full of fun and action to something else entirely.

It’s those crazy little surprises, and the heart of the entire film, that makes The Lego Movie more like an original Pixar film, that today’s Pixar films do. It reminds us all that no matter how old we get, we’re never too old to stop and let our imaginations run wild. After all, isn’t that what makes the world great?

The Lego Movie opens Friday February 7th in theaters everywhere. Be sure to follow along with us on Twitter @BehindThrills for even more movie and theme park madness.

For more information about Legoland Florida, including the Lego Movie Weekend, visit the official website by clicking here!