Last year, Epcot took the tastes of spring and married them with the fragrant and beautiful flowers of their annual Flower and Garden Festival. The result? A feast of the senses so flavorful and aromatic that it just had to come back. This year marks the second year that Epcot will feature several “Outdoor Kitchens” at the annual Flower&Garden Festival. Oh yeah, there will also be the traditional topiary, flowers, concerts and presentations by HGTV. It’s yet another year of flowers, fun and of course food. 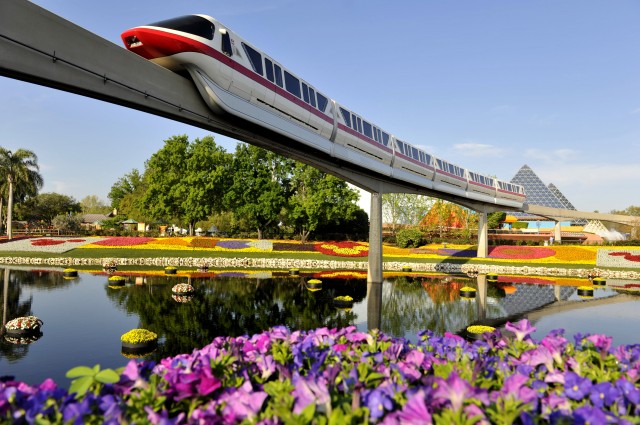 This year the festival is bigger than ever, with 11 outdoor kitchens, dozens of topiary, a new playground area, A Hummingbird garden, butterfly garden…and The Muppets! This year guests will be greeted by Donald, Goofy, and Daisy as they are brought to life in topiary form with an all new “computer generated look”. Not sure what that means, but we’re excited to know. Meanwhile, for the first time Muppets will be featured in the park, which is just in time for their new film Muppets:Most Wanted.

Here’s the rundown of Topiaries and where to see them:

Of course there will be the annual Flower Power concert series as well. This is a daily occurrence, with a huge list of bands playing their favorites.

Here’s the line up

Gary Lewis and The Playboys – NEW!

Of course the most intriguing part of the festival, is now the Outdoor Kitchens. Guests loved the tastes from around the world that they get from Epcot’s International Food&Wine Festival, that the park brought the flavors of Spring to the park last year. It was so successful, with many different flavors being represented, that they have brought it back yet again.

Here’s the menu from around World Showcase:

The Smokehouse: Barbecue and Brews

For kids there will be a huge array of activities, from the different gardens featuring butterflies and hummingbirds to even huge playgrounds.

Here’s the kid friendly line up:

The Flower and Garden Festival kicks off March 5th and runs all the way to May 18th. All concerts, and exhibits are included with theme park admission, and each dish at the Outdoor Kitchens range in price from $4-$10 dollars, depending on choice.

Stay tuned as we bring you more from around Flower and Garden. Be sure to follow along with us on Twitter @BehindThrills for the latest updates!

For more information about The Epcot Flower and Garden Festival, visit the official website by clicking here!