Hey, hey, hey! Mardi Gras at Universal Studios Florida is going on strong this weekend, as more beads, more food and this weekend “blurred lines” as Grammy nominated performer Robin Thicke will be on hand. The performer who’s hit single “Blurred Lines” made it’s debut at the top of the Billboard Music Charts, and hit the top spot in over 100 countries worldwide, will be performing as part as the annual Mardi Gras celebration that is happening now until May 31st. While you should stay for the concert, it’s the food, and parade that makes it worth going back for. 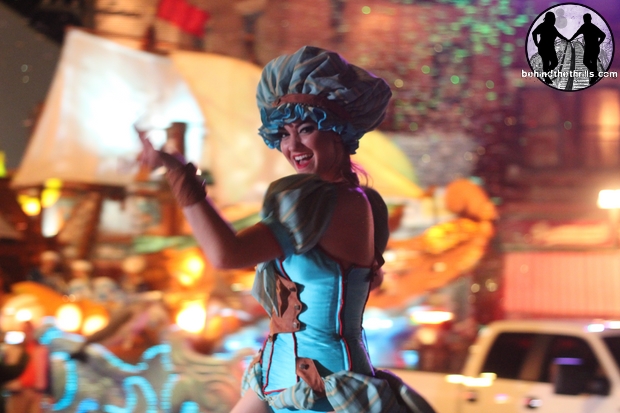 While the first weekend of Mardi Gras at Universal was wet, it didn’t stop the party from happening. However, it did keep a lot of the performers on the ground and out of the weather. During this past weekend’s event, the weather was gorgeous, which allowed for all the performers to not only come out before the big parade, but also meet with guests before the event. 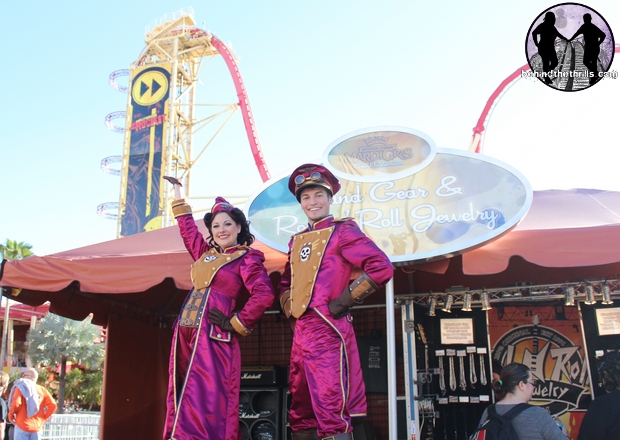 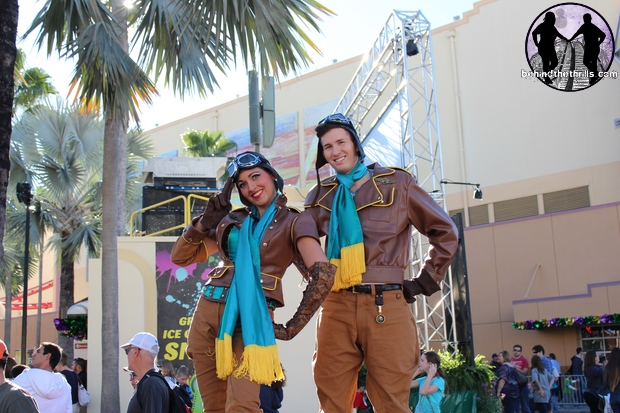 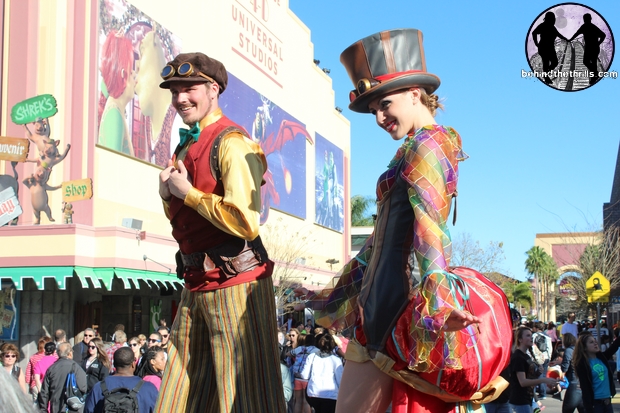 Every year Universal changes up some of the floats, adding new floats and getting rid of others. This year is no exception as the park added three all new floats inspired by the Jules Verne Classic-Around the World in 80 Days. The costumes of the characters match each of the floats. For example, the characters for the “Take Flight” float look like airplane pilots or even pilots of Zeppelins (blimps). They have a very retro 20’s and 30’s look, and the costumes are just as gorgeous as the floats. 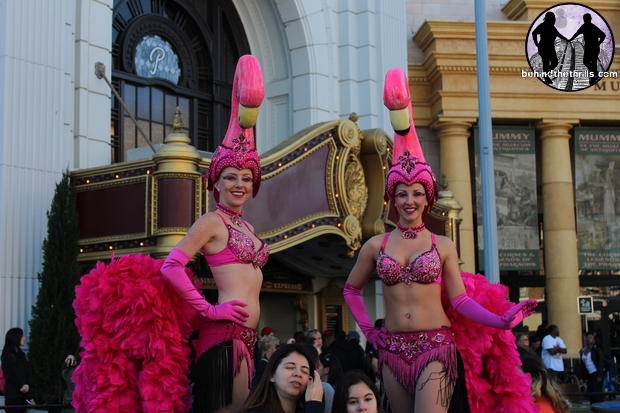 Of course, favorites return, such as the Royal Court, birds and of course the Flamingos. The parade will happen at 7:15 this weekend, and will start at Pantages theater before wrapping down Hollywood, and pass by the Universal Music Plaza. At 8p.m. Robin Thicke will perform on the main stage at Universal Music Plaza, right under Hollywood Rip Ride Rockit. 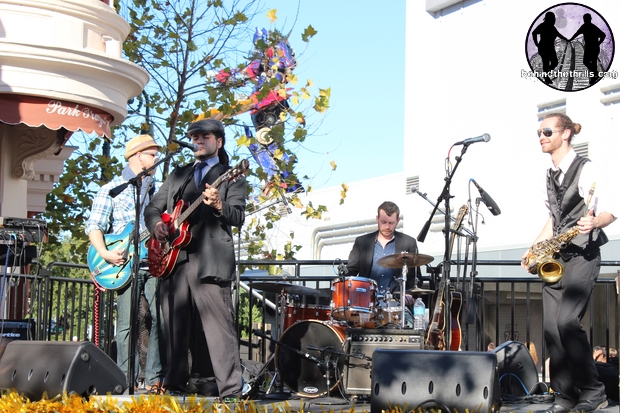 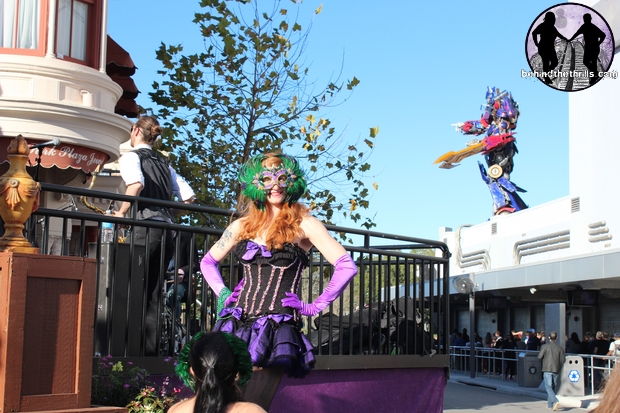 If you’re looking to catch a little music before the parade, and perhaps get some authentic New Orleans cuisine, the French Quarter serves up many different kinds of Cajun and traditional Mardi Gras dishes. It’s also the place to catch bands direct from New Orleans.

Here’s the line up for the rest of  the Mardi Gras concerts at Universal Orlando:

Can’t view the slideshow on your phone? Click here to view pics of all the characters at this year’s Mardi Gras!
The parade, beads, and concert are all included with your admission to Universal Studios Florida. The park has a lot happening in 2014, from the largest Mardi Gras ever, to The Wizarding World of Harry Potter-Diagon Alley opening this summer!

Robin Thicke has cancelled his Atlanta performance tonight and his Mardi Gras performance for Saturday night. Apparently it’s a case of Larengitis.

Mardi Gras will continue as scheduled tomorrow night. There will be a great Mardi Gras parade, authentic Mardi Gras food and a performance by an authentic New Orleans band. We are sorry for any inconvenience.

Please see the below note from Robin Thicke:
“I never want to let down my fans but I have unfortunately lost my voice and cannot perform tomorrow night. I have been looking forward to going to Universal Studios in Orlando, and am very sorry that my concert there tomorrow now has to be canceled. I apologize to everyone”.

Silver lining, Robin Thicke will perform sometime in the future, just maybe not for Mardi Gras…either that or Universal may add yet another Mardi Gras performance date. Still, the REAL draw is the characters, the beads and the parade..there will be a performance from an authentic New Orleans band so, there will be music.
Stay tuned for even more updates from Universal Orlando. Be sure to follow along with us on Twitter @BehindThrills for the latest updates!
For more information about Mardi Gras at Universal Orlando, visit the official website by clicking here!