Universal Orlando recently announced that the resort will be hiring nearly 3,500 people for their upcoming expansion that will see several new venues open. The time is drawing closer for those new positions as Cabana Bay Beach is gearing up to open in about a month. Just beyond that is the all new Diagon Alley at Universal Studios, plus six new venues opening in CityWalk. We take a look around the parks to see the new construction and see what’s happening in the resort. 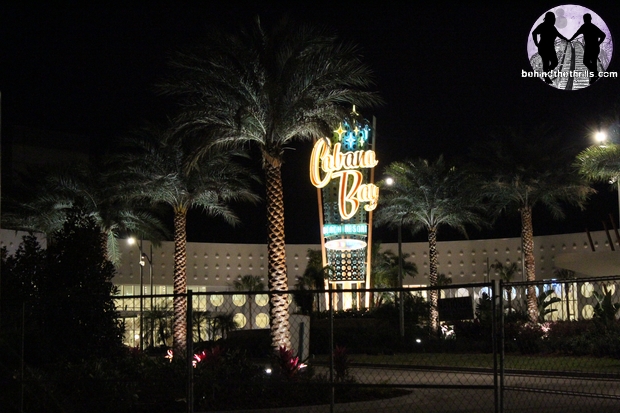 Cabana Bay Beach at Universal Orlando is going to be the newest onsite hotel, operated by Loews Hotels. The hotel will open March 31st, with an initial 800 rooms. Guests going by can get a glimpse the all new hotel, lit up at night, which definitely gives the feeling that designers were going for. 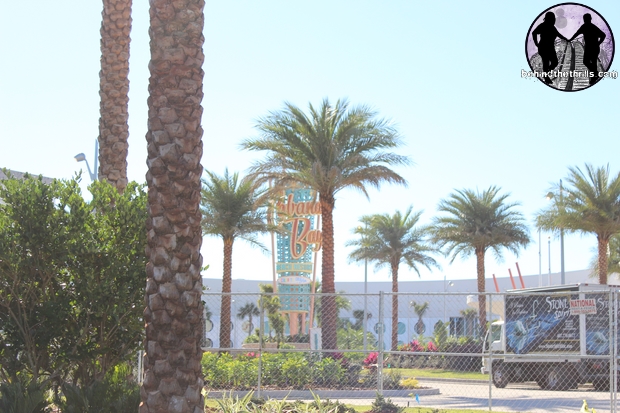 The daylight reveals more of the feel of a 50’s beach highway resort, with very sharp angles, rounded windows and of course tons and tons of palm trees. The new resort is now accepting reservations, and will feature two huge pools, a ten lane bowling alley and of course a massive lazy river. The new hotel will give guests early entry into The Wizarding World of Harry Potter, but not Universal Express. Universal Express is currently given at the other three hotels for free, just for staying onsite. Cabana Bay Beach will be more of a value resort than the other three, and will be designed for the budget minded, with huge sprawling family suites. 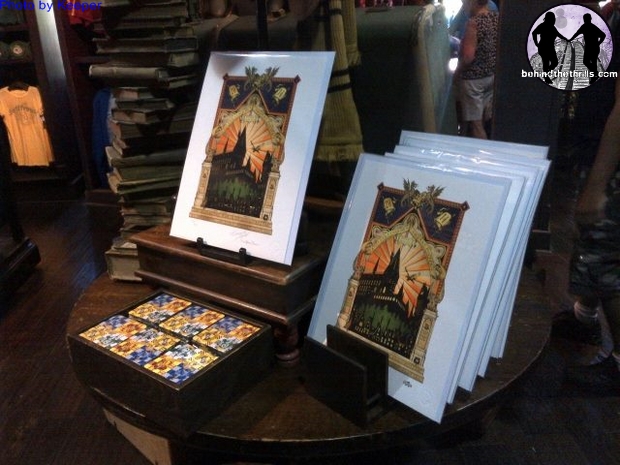 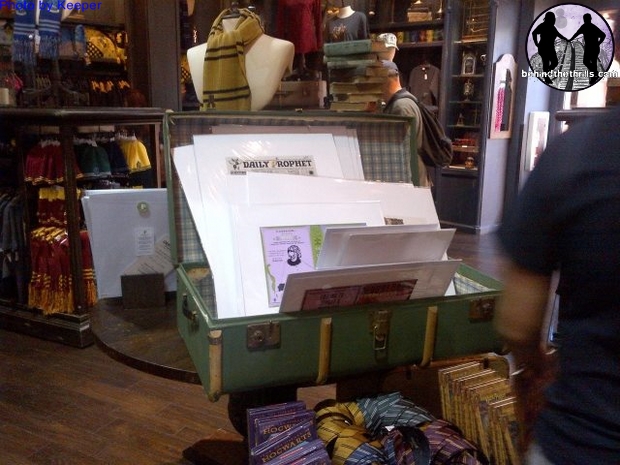 Over at Islands of Adventure, guests can pick up prints from the various publications, and even some of the other artwork from the Harry Potter films. These prints are released by Mina Lima, the art designers of the Harry Potter film series. If it was on the walls, if the cast was reading it, the folks at Mina Lima created it. The prints are available online, but they now are available in store to pick up as well.

Video-Check out our interview with the creative team at Mina Lima and hear what went into creating these amazing, limited edition prints 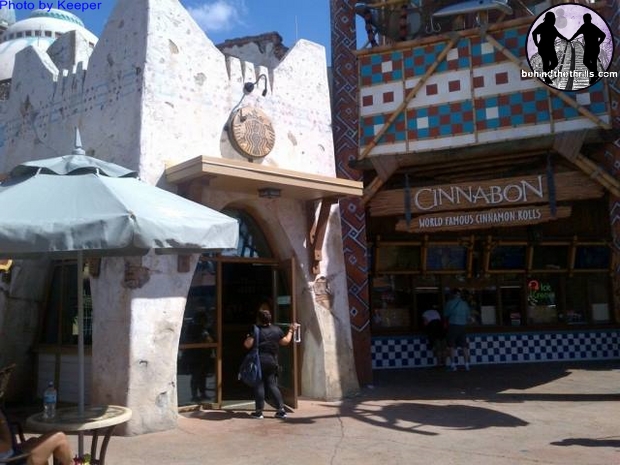 Starbucks at Islands of Adventure, as well as Cinnabon has reopened in the front of the park. For those looking to get your jolts before you get on the coaster, the new Starbucks is full sized and has all your coffee favorites. 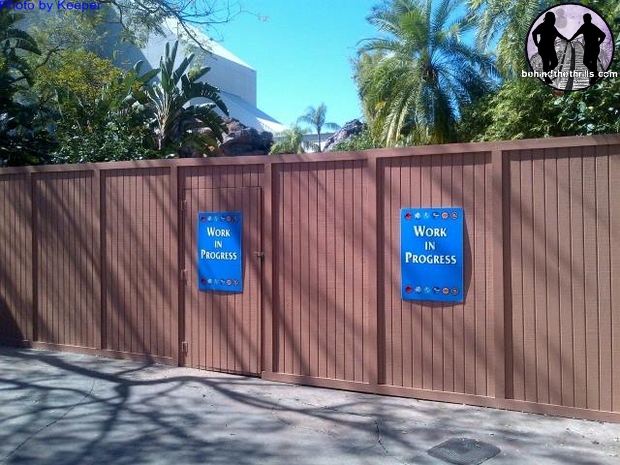 Jurassic Park is taking advantage of the cooler weather, and lower crowds before the busy Spring Break rush to get some needed annual maintenance done. The park usually closes River Adventure down to perform minor maintenance before the warmer weather and heavier crowds of Spring Break hits in the middle of March. 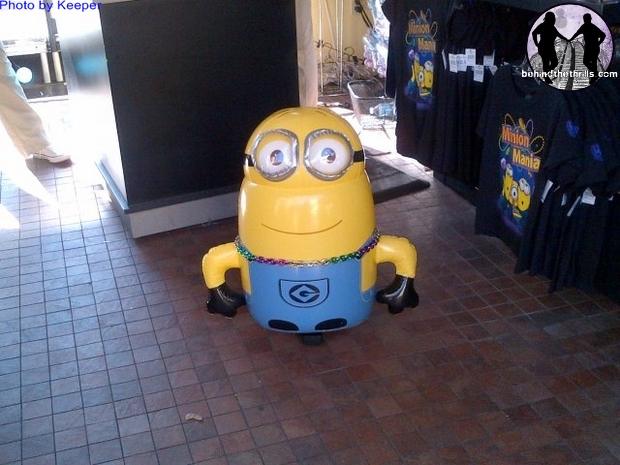 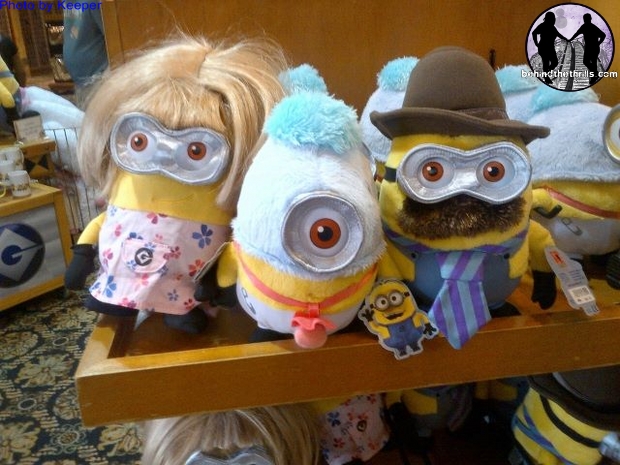 Meanwhile, at Universal Studios Florida, The Minions are taking over…more than normal. There are very cute, new plush dolls as well as an inflatable Minion. This Minion isn’t only inflatable…he’s remote control! That’s right, you can have your Minion go anywhere you command…within radio range, of course. 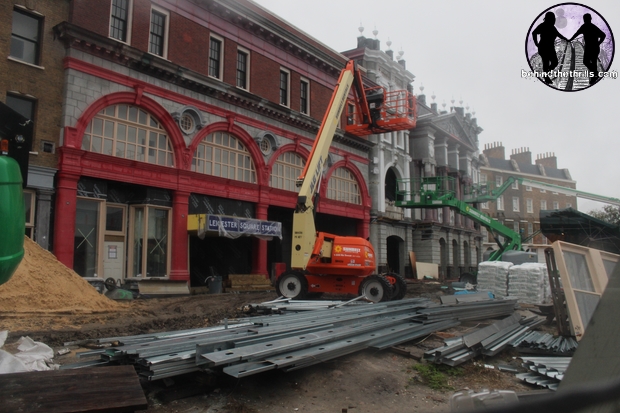 Construction on the Wizarding World of Harry Potter-Diagon Alley is continuing on at a break neck pace. The London facade will fool Muggles into thinking that they are walking through some of the most notable places, as seen in the Harry Potter series. Only the truly magical at heart will be able to find the wonder that is Diagon Alley, hidden from Muggle eyes.

The Wizarding World of Harry Potter opens this summer and will feature Escape from Gringott’s, a ton of new shops and The Hogwarts Express where guests will be able to ride the fictional train from Diagon Alley, through the countryside to Hogsmeade Village.

Slideshow-Check out even more construction from around Universal Orlando

Can’t view the slideshow on mobile? Click here to see pictures from around the resort!

2014 is going to be an amazing year for Universal Orlando, with so much happening that you’ll need to keep coming back to see the changes.

Be sure to stay tuned as we bring you the latest from Universal. Be sure to follow along with us on Twitter @BehindThrills for the latest updates!