Execs at Walt Disney World are betting that they still have the most magical game in town, and that guests will be willing to fork out almost $100 dollars for a one day ticket. For the second time within a year, Disney is hiking their ticket prices and making sure that their Magic Kingdom park is the most expensive theme park in the business. The park is hoping that guests look at the savings they get by visiting the park for multiple days, and planning larger vacations. But it begs the question, how much is too much? 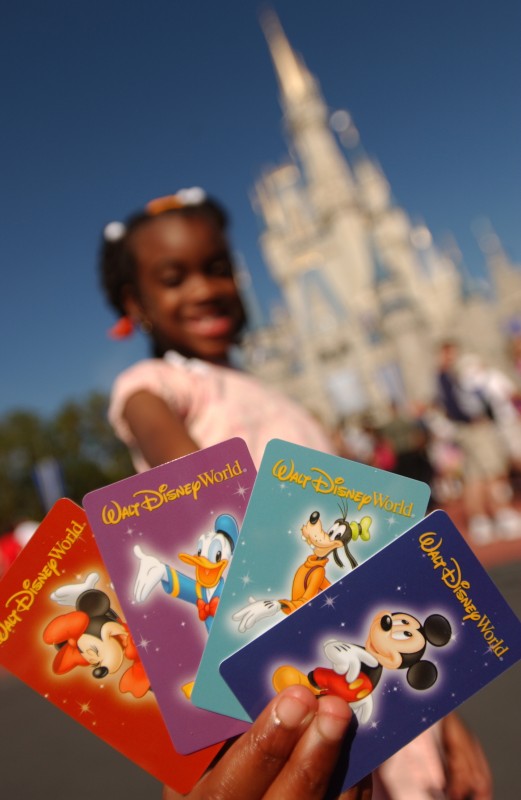 However, if you book your trip early and take advantage of multiple days, guests can get five days for just $61 dollars a day. Of course, the question comes up, isn’t that a bit steep?

According to Disney, via the Orlando Sentinel :

“Our pricing reflects the high quality and breadth of experiences we offer and our ongoing commitment to investing in our parks,” Disney spokesman Bryan Malenius said Saturday. “We offer a variety of ticket options that provide a great value, and find that most guests select multi-day tickets that offer additional savings.”

In other words, as long as people are willing to pay it…they’re going to keep raising the ticket prices. Sure, you can save money if you stay multiple days, but the fact of the matter is…people still want their dose of Pixie Dust. In 2012, Magic Kingdom was the most visited theme park in the entire world. Magic Kingdom drew in 17 million guests in 2012 at that park alone. Since then, the park has had more additions to their New Fantasyland, and will be finishing that add-on this year with the Seven Dwarfs Mine Coaster Train Ride…thing. The new coaster will be a family style coaster that takes guests through the story of Snow White. It’s more Disney magic, and people still are willing to pay for that Disney magic…and if they are willing to pay, then Disney is going to raise prices. Simple supply and demand economics at work.

The one day ticket buyers weren’t the only ones that will feel it in their pocket books. Annual passholders also got dinged as well, with the prices of annual passes going up as much as $21 dollars. A Seasonal Pass (the pass with blackout dates) went up $10 dollars, from $309 to $319. A standard Annual Pass, (the one with no blackout dates) went up $21 dollars, from $464 to $485. And Disney’s Premium Annual Pass, (the one that allows access to all the Disney parks, Disney waterparks, Disney Quest and tons of other stuff), also went up $21, from $584 to $605. In addition, some of those annual passes were stripped of discounts as well.

Disney is also the main barometer of ticket prices for the rest of the theme park world. If Walt Disney World raises their prices, the rest of the parks aren’t too far behind. Last year it was Universal that lead the charge on raising prices, but Disney almost immediately followed suit by going up a few days later.

Here’s the breakdown for ticket prices in the other Orlando area parks:

Most of the parks listed above give a discount if you purchase your ticket online of around $10 dollars, though Legoland Florida gives up to $20 dollars off if you pick a date.

So how much is too much? Are you willing to shell out almost $100 dollars for a one day ticket to Disney, or are you more apt to buy a multi-day ticket? Let us know in the comments below.

Be sure to stay tuned for even more Disney fun, and be sure to follow along with us on Twitter @BehindThrills for the latest updates.