When it comes to turning Disney movies into attractions, Disney usually hits it out of the park. When it comes to turning attractions that weren’t based on movies into movies, the results are mixed. Disney is going to once again try it’s hand at spinning silk into gold with a big screen adaptation of it’s classic attraction, It’s a Small World. The film has gone as far as to get a director attached. While the idea definitely seems doable, could a world of hope and a world of fears be made into a world of success for the mouse? 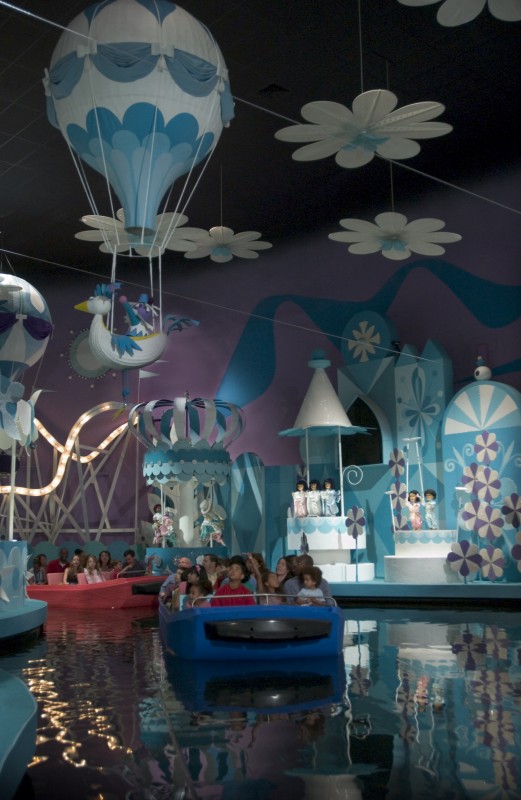 According to Deadline the studio has tapped Jon Turtletaub to direct the film, with Jared Stern pitching and writing the screenplay. Stern is helping to write the Lego Movie sequel, and Turtletaub’s last film was Last Vegas. The director has also directed hits for Disney like the two National Treasure films, and Cool Runnings.

It’s a Small World has just celebrated it’s 50th anniversary, and is a mash up of kids from all over the world singing about unity. The ride is being eyed as a franchise, like Pirates of the Caribbean, and like Pirates does not have a set story. It’s very possible that the story could be based on something else completely, with little nuggets of the ride sprinkled in…just like the Pirates films have had. Of course, there’s that song…

This isn’t the only Disney theme park property that is being looked at for a film. Currently the Mouse House has several projects in the fire, while several others have come and gone.

Here’s a list of films based on attractions that have either been made, are being made, or have been scrapped:

It’s likely that Small World could end up like several other Disney films, and end up being shelved. Will Disney take a risk on making the film if it’s not a sure fire hit? The biggest question is, if the film is made and is a hit…could we expect to see animatronics made to look like the film’s stars added to the ride?

Stay tuned as we find out more about It’s a Small World, and be sure to follow along with us on Twitter @BehindThrills for the latest updates!