Universal Studios Hollywood is on a roll,  almost quite literally. The Hollywood movie theme park is just days from opening an all new themed land, and ride around Despicable Me. Just today the park announced,  via an article in the New York Times, that they are indeed opening an all new Springfield area, as well as an all new portion of the Studio Tour themed around the hit franchise, the Fast and the Furious. 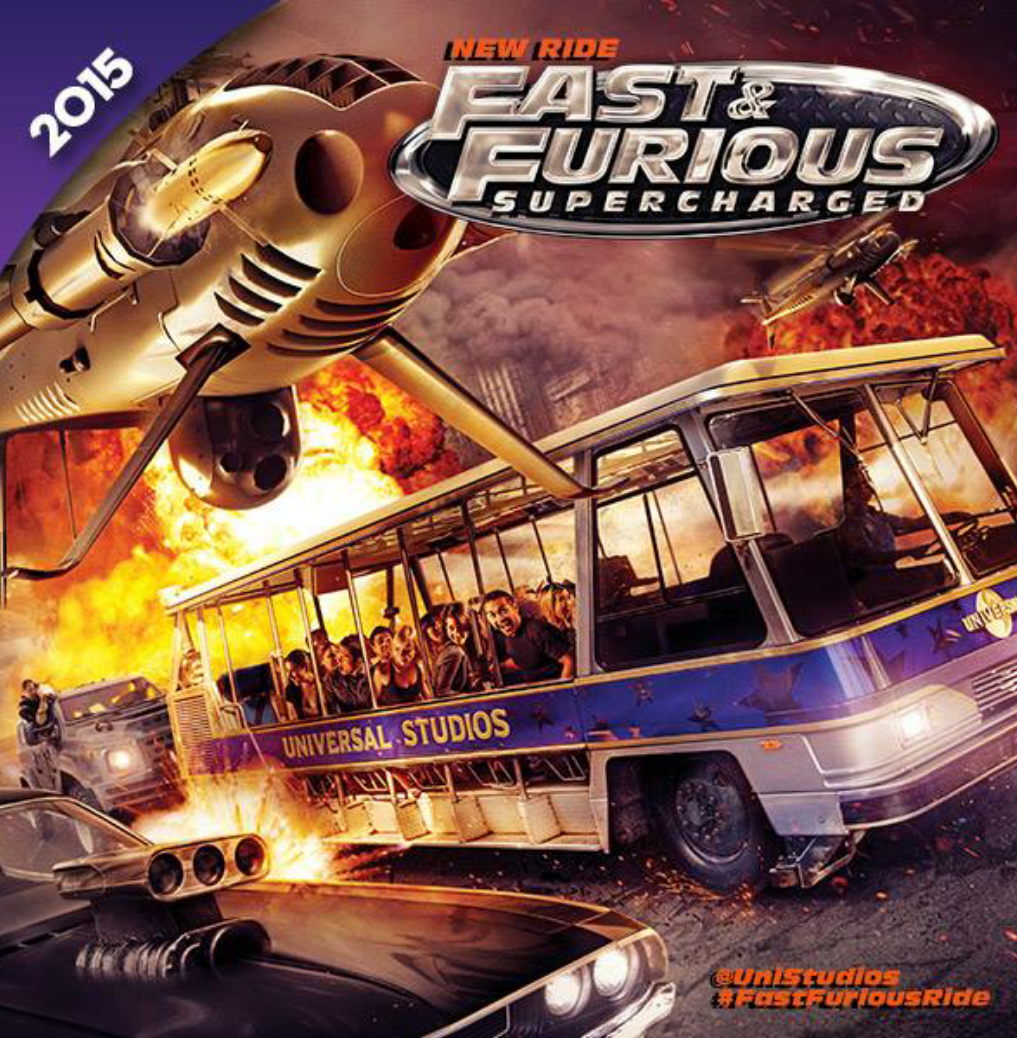 Fast&Furious:Supercharged will be an all new stop on the Studio Tour. While it’s not clear exactly what will happen on the tour, it’s rumored that the new area will use a combination of hyper realistic 3D, and physical special effects to create an experience like none other. Previously the Studio Tour included a stop that featured cars on robotic arms. This new attraction follows such high end additions as Kong 3D on the tour. 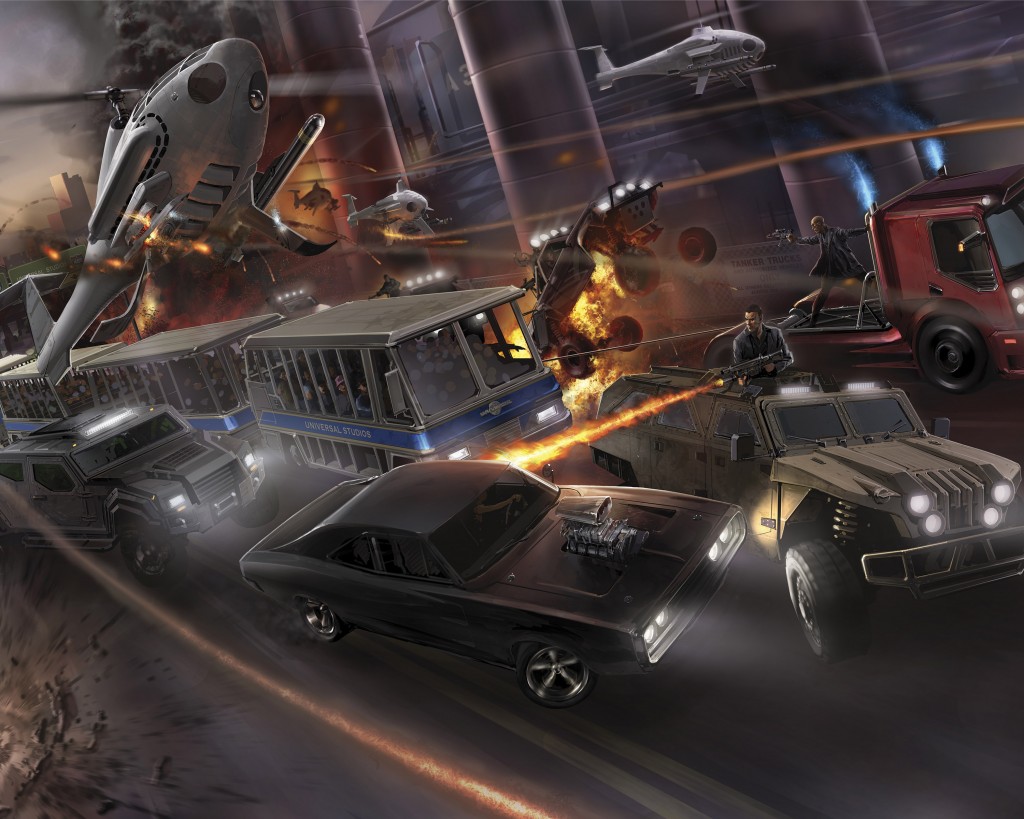 Concept art gives the impression that this will be a high speed, fast paced ride…and in all actuality, it will be.

The ride will be situated within a newly constructed 50,000 square foot building on the legendary backlot and will reunite stars from the Fast & Furious series in a groundbreaking mega-attraction, conceived as a new installment to the dynamic film series that can only be experienced at The Entertainment Capital of L.A.  The dynamic hydraulic-motion based ride will tell an original Fast & Furious story, incorporating hyper-realistic special effects and state-of-the-art 3D-HD imagery projected onto the world’s longest and most expansive 360-degree screen spanning nearly 400 feet in length to encircle Studio Tour guests in the Fast & Furious universe.

In addition, the Studio Tour will feature an all new nighttime edition of the ride, featuring new effects and lighting. Currently the tour ends at sunset, and only runs after dark during Halloween Horror Nights, where it becomes the “Terror Tram”. The night tour will feature 21 sets under bright lights, with marquees lit brightly. The sets will come to life with twinkling lights, and even show guests how films are made at night. The tour will include an eerie visit to the Psycho house, and the Court of Miracles will be haunted by the ghosts of Universal’s iconic Monsters. 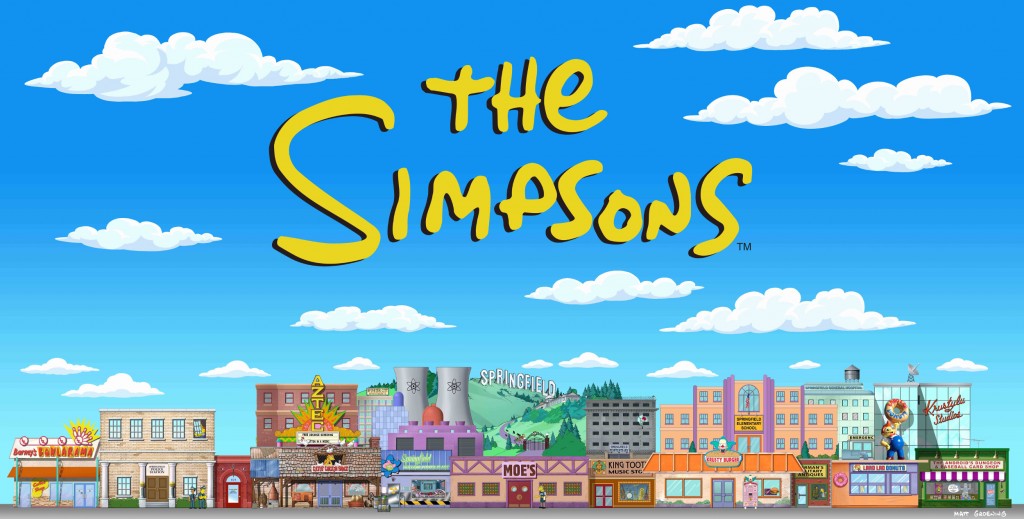 Also announced was the confirmation of an all new Springfield area. The new area will be similar to the one that opened this year at Universal Studios Florida,  but will be much larger and feature more than a dozen new restaurants and shops, which is similar to what the Orlando park has now. 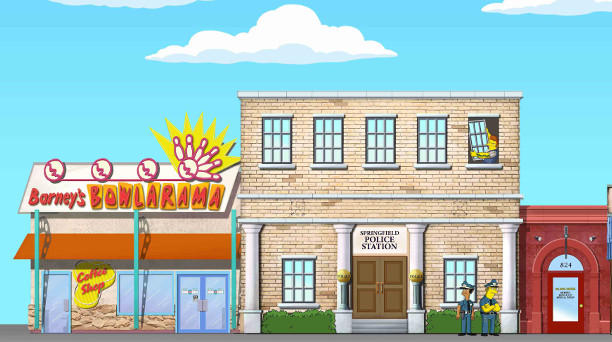 The new area will of course feature Moe’s Tavern, Krusty Burger and Cletus’s Chicken Shack, but Universal has also confirmed a new eatery-Phineas Q. Butterfat’s 5600 Flavors Ice Cream Parlor. The concept art above shows off what the new area will look like. If it’s anything like Universal Orlando, the new area will look EXACTLY like the concept art. The bad news is, however, that the majority of these buildings are just facades. So while it may be cool to take a walk through Mr. Burns’ Mansion, or go to school…you may not get to do just that. However, the restaurants will all be there. And the food is flat out amazing.

Video-Get a taste of Springfield at Fast Food Boulevard

Video-Walk through the streets of Springfield at Universal Studios Florida 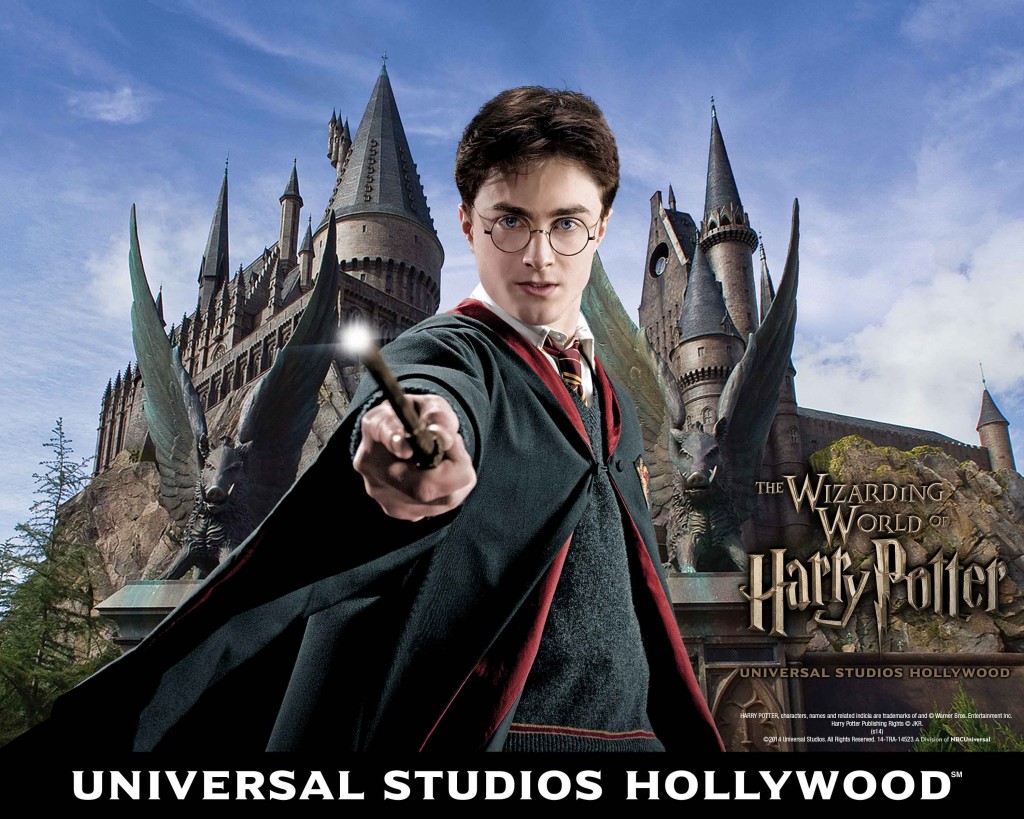 The park will also open their version of The Wizarding World of Harry Potter in 2016, which will feature the iconic Hogwarts Castle. While we’re not sure of all the details of the Hollywood version of Potter, we know for sure that Harry Potter and the Forbidden Journey will be included. There’s also rumors of a huge Great Hall dining Experience, a clone of The Flying Hippogriff and of course…BUTTERBEER! The resort will also create two 500 room hotels and expand the parking area. In comparison, Universal Orlando will open the second phase of their Wizarding World of Harry Potter this summer and has just opened the first half of an 1,800 room resort. Universal is looking to become a coast to coast travel destination to rival the Disney Empire,  and with projects like this continuing year after year, it just may happen.