Go on a virtual tour of Port Aventura’s Ferrari Land with No Limits 2!

Ferrari Land is the second theme park in the Ferrari family, and will be the first in Europe. The all new area was announced last month as an all new addition to Port Aventura in Spain, and will not only feature a huge array of attractions, rides and simulations, but also several shopping, dining, and hotel experiences. We get a first look at the all new park, and take a look around it, courtesy of an all new video created using the coaster creator-No Limits 2.

The all new No Limits 2-Coaster Creator was used to bring us a first look at the all new Ferrari Land, coming in 2016 to Port Aventura. With the new simulation, we get an idea of not only the layout of the new area, but also the rides that we can probably expect to see when the Spanish park opens. 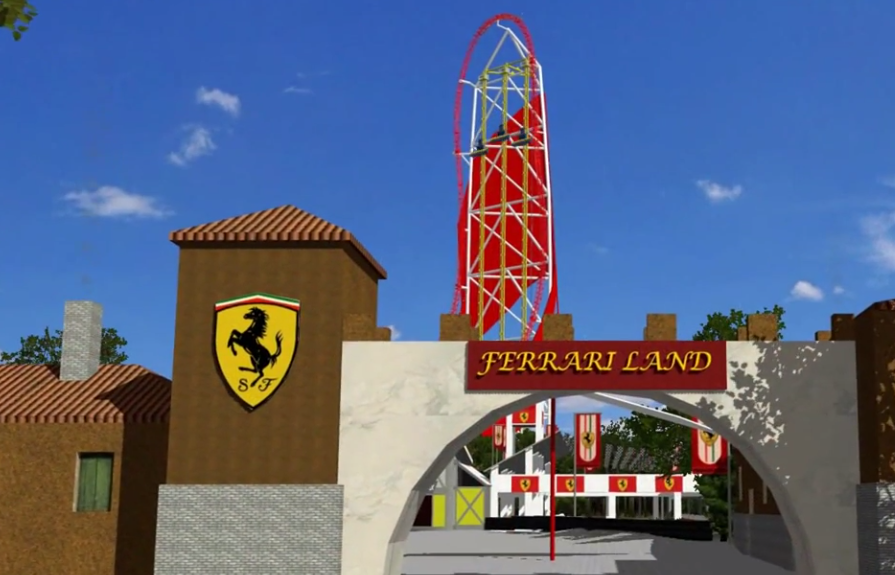 Some of the first things we see are the coaster and drop tower. The new attractions will follow similar attractions at parks like Six Flags, where the drop tower is attached to the side of the coaster, utilizing as much space as possible. The new park will also feature an all new hotel, and restaurants. And will be the first Ferrari branded park in Europe. The very first Ferrari park opened in Dubai, and features Formula Rossa, the world’s fastest roller coaster.

Ferrari Land’s new coaster will feature the tallest and fastest coaster in Europe, as well as the tallest drop tower. It will also feature some of Ferrari World’s other attractions, such as racing simulators and dark rides.

Stay tuned for more information about Ferrari Land, and be sure to follow along with us on Twitter @BehindThrills for the latest updates!

For more information about Port Aventura, visit the official website by clicking here!