Universal Orlando is offering emergency transport for the stranded witch or wizard, all in preparation for the all new Diagon Alley opening this summer at Universal Studios Florida. The Knight Bus is featured prominently in the third book and film in the Harry Potter Series:Prisoner of Azkaban. While the Wizarding World of Harry Potter:Diagon Alley is a little ways off from opening, someone at Universal must have stuck out their wand, as it’s now resting behind the walls of London and Diagon Alley. We take a look around the park this week at not only Diagon Alley, but other points in the Wizarding World…mind your head. 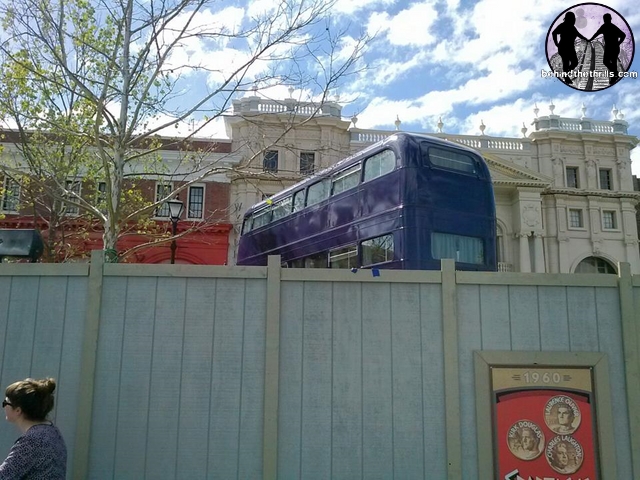 Just past the walls, the Knight Bus sits and waits for all stranded witches and wizards. In the film and book series, the bus is manned by Stan Shunpike, Earn…and a wise cracking shrunken head. The bus takes Harry Potter to the Leaky Cauldron (hear that, It’s in London!), but at Universal Orlando the Knight Bus will just be a great photo op. Of course, if we know how Universal works, you can at least expect some sounds to go along with the bus, and maybe some other happenings as well.

Video-Get a look at the Knight Bus, make sure your wand is out! 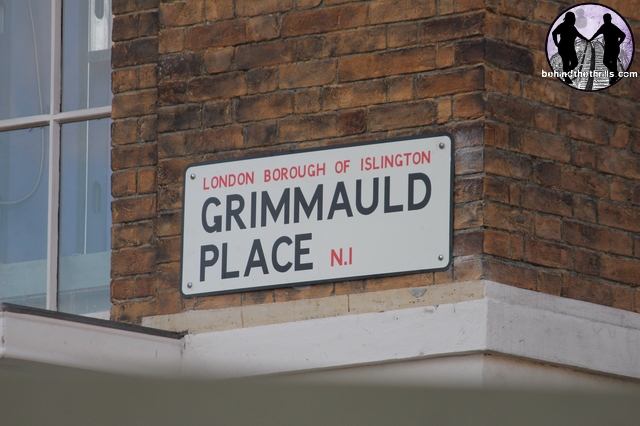 Elsewhere in London, guests can take a look at Grimmauld Place. Just in case you had no idea which area was going to be the home to the Black Family, there is now a sign pointing out the street. 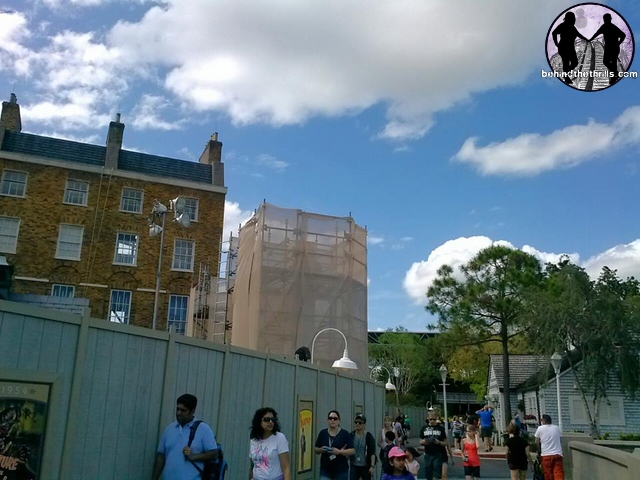 More work is going on around London and Diagon Alley as the summer date fast approaches. The sidewalk area keeps moving, and this mysterious arch keeps growing. 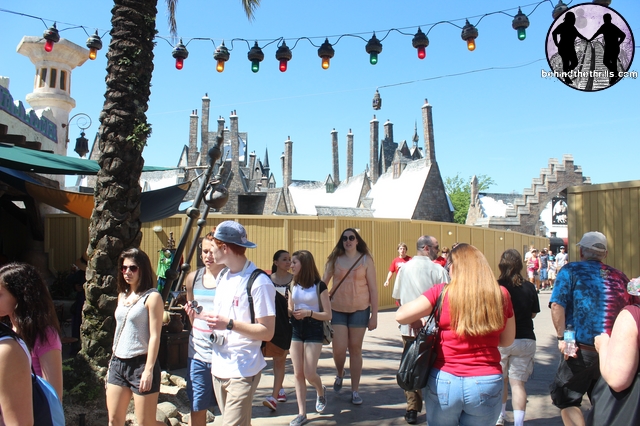 Over at Islands of Adventure, the pathway leading up to Hogsmeade is under construction, making way for the huge new station that will transport guests via the Hogwarts Express from Diagon Alley. 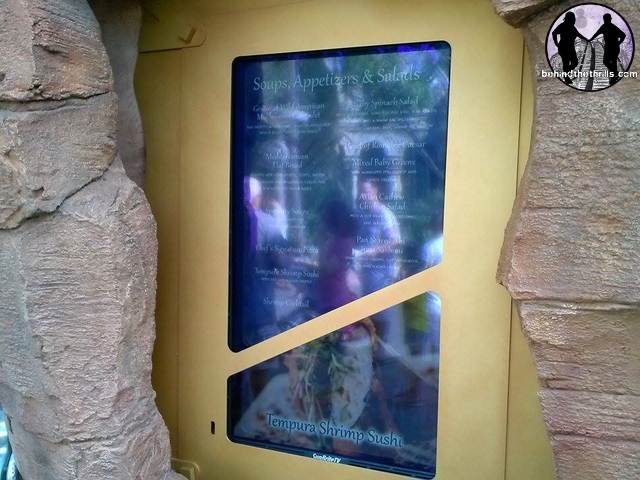 Over at Mythos, the magic has spread as well to include the new outside menus showcasing different items. 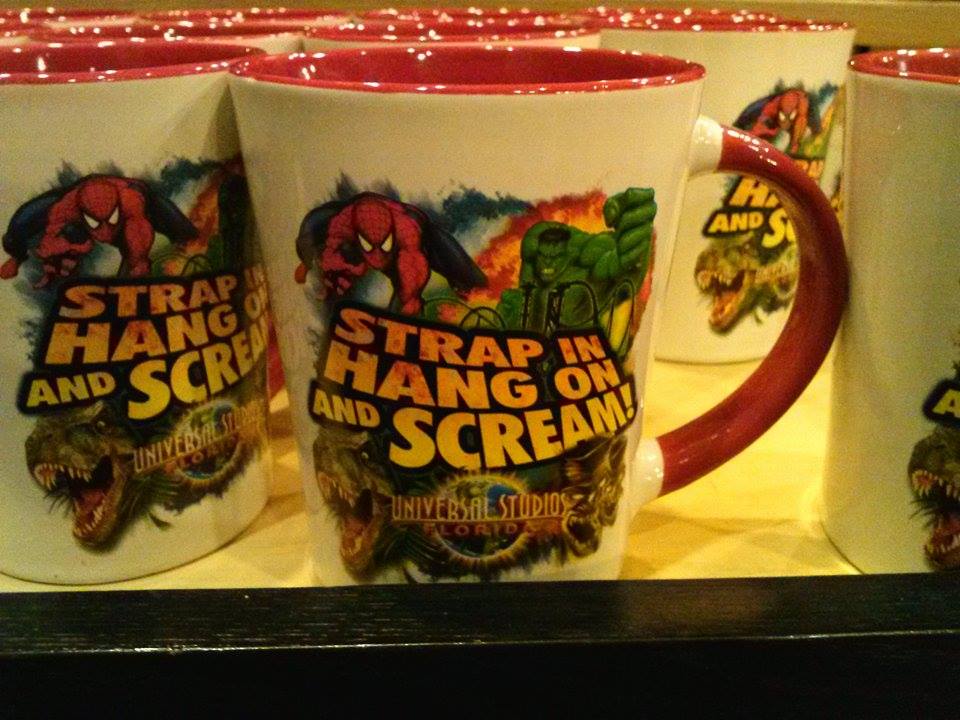 To capitalize on all the big thrills at Universal, the park has rolled out an all new line of merchandise featuring very important instructions. Strap in, Hang on and SCREAM! is all over a new line of shirts, mugs and glasses and features the big coasters in the park including Hulk, Spidey and of course Mummy.

Can’t view the slideshow? Click the link to see the pics here!

This year Universal is urging guests to share their Universal Moments by tagging pictures and videos with #UniversalMoments. The pictures and videos could be used on social media and in a huge new campaign. This year Universal has already unveiled several new restaurants in CityWalk, the massive first phase of the huge Cabana Bay Beach Hotel and will soon unveil the all new Wizarding World of Harry Potter:Diagon Alley. It’s going to be a year of EPIC proportions!
Stay tuned as we bring you more from Universal Orlando, and be sure to follow along with us on Twitter @BehindThrills for the latest updates!

For more information about Universal Orlando, including round trip tickets on the Hogwarts Express, visit the official website by clicking here!