It’s a controversial new way to Disney, but regardless of how you slice it, My Magic Plus is the next big thing at Disney theme parks. The company has invested a reported $1 billion dollars in the new technology that let’s guests not only book their experiences before they enter the park, but all with the wave of your hand…it should we say Magic Band? While the process has been a gradual one, Magic Kingdom has just opened a new section that let’s guests know that Magic Bands are here to stay. 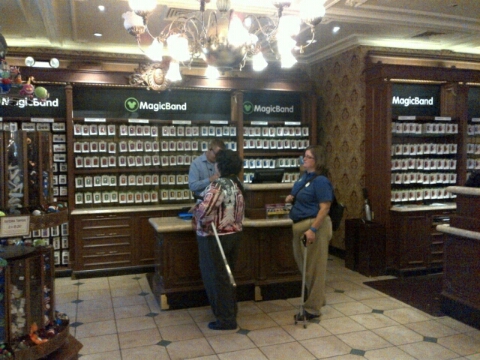 For the better part of a year, Walt Disney World has been testing out the My Magic+ program, along with Fastpass+. While they claim that most experiences have been positive, it’s driven a rift through the theme park community, with people either loving it, or hating it. 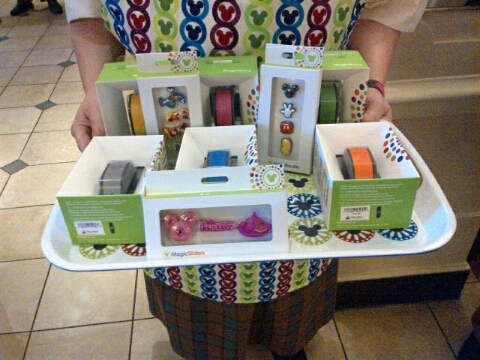 While the Magic Bands have been going from resort guests, to annual passholders for testing, today Disney announced that they were rolling out the experience to day guests as well. To accentuate that, an all new section in the main Disney Emporium has been converted into a section specifically for Magic Bands. 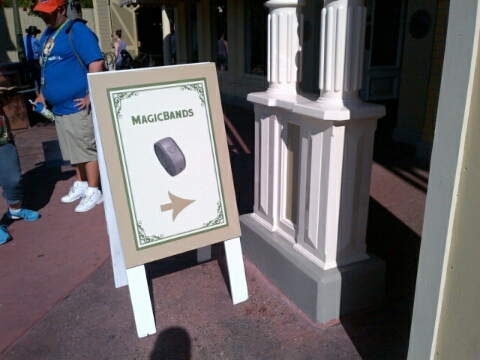 The area features bands that guests can purchase, as well as everything they need to make the experience complete. 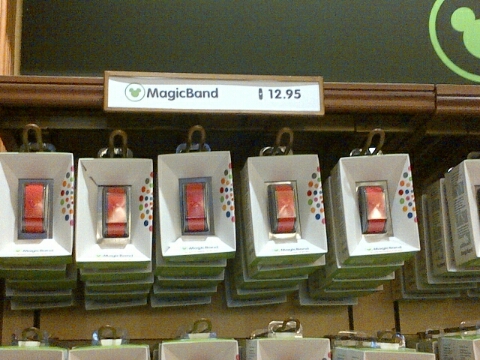 Bands start at $12.95 for day guests, and can not only be used in park that day, but also kept and reused on future trips. 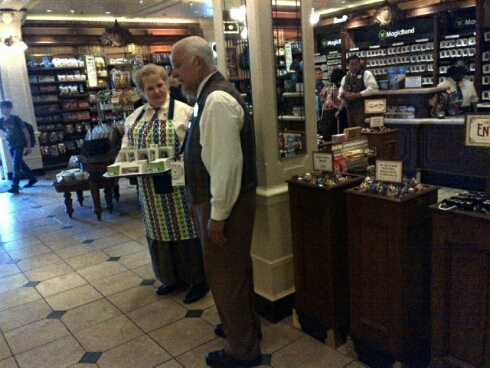 The bands allow guests use ticket less systems, such as Fastpass and entry to the park, but My Magic+ will let guests also book their trips in advance. The new area of the Emporium features tons of new bands, accessories including customizable parts and pieces for the bands. 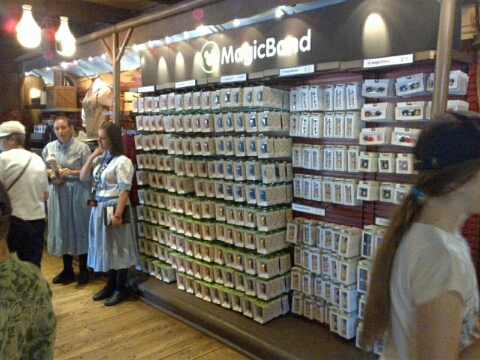 The Emporium is, so far, the only place in the parks we’ve spotted Magic Bands and accessories, but it looks like the system is going to slowly spread through the rest of the resort. The parks are currently working on different options such as park-hopper options, more Fastpass+ reservations available per day. As those grow, you can bet the presence of Magic Bands will as well. It’s very possible that Magic Bands could be the next trading sensation like pins and Vinylmations. It’s very plausible to see the parks coming out with special editions and limited run knick knacks for your bands.
Stay tuned as we bring you more about My Magic + at Walt Disney World, and be sure to follow along with us on Twitter @BehindThrillsFor more information about Walt Disney World, including tickets, visit the official website by clicking here!