Seven Dwarfs Mine Train is gearing up for a big opening. The walls are coming down, Imagineers have ridden, park managers are riding, and even the Dwarfs have ridden! All that’s left is for a hearty “Heigh-ho” and a big ride through the mine. Just…not yet. However, it is getting awfully close as the magnificent seven (dwarfs) were spotted on the coaster, and the track, filming what many are saying is a commercial. We managed to get a few shots while the commercial was between takes. 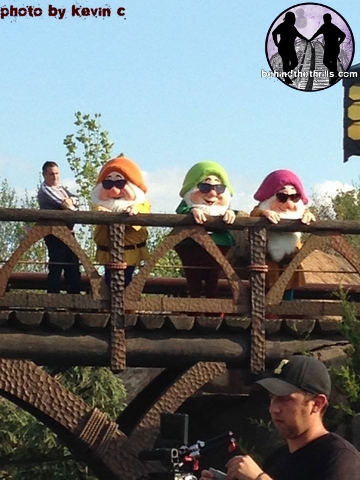 The shine of the mine proved to be so bright that The Seven Dwarfs needed shades as they watched production crews set up for more shots throughout the day. Earlier in the day, all seven could be seen riding the coaster, including Dopey who waved at onlookers. 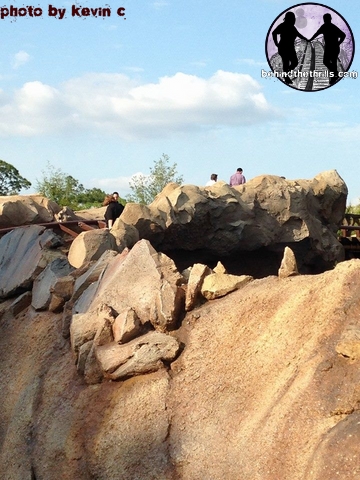 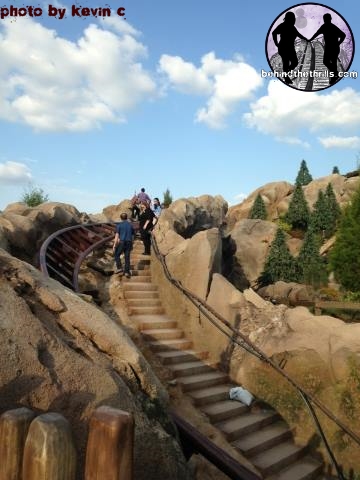 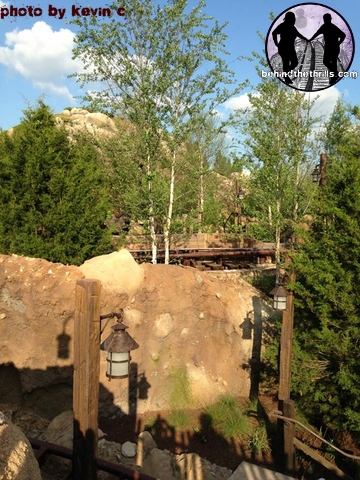 Cast and crew were seen walking up the steps of the ride in between takes on the new coaster. What we suspect to be actors have been riding all day, which means that the ride is ready for guests. When exactly we can expect to see an opening is unclear, but there is a media “dedication” of the ride on April 30th. If tradition is anything to go on, we should see cast member previews happening really soon, followed by a soft opening to allow cast members the chance to get the pacing of the coaster and queue down.

The all new coaster is expected to have a very small height requirement, somewhere around 42 inches, which will let the smaller thrill seekers take a journey through the mine. The interactive queue portion of the coaster will have an interactive gem sorting, as well as gem projections on the ceiling. The figures in the ride will be a mix of static (non moving) figures and very detailed, sophisticated animatronics. Vekoma is the maker of the coaster, which is supposed to employee very unique train cars that move as you ride the coaster. Those that don’t like the clanking sound of traditional coasters will be pleased to hear that outside, the lift hill is relatively silent. The normal “click click click” of the train going up the hill can’t be heard, though we’re not certain about inside. The ride should be just about two minutes long, which doesn’t sound like much, but for a kids coaster makes for a great starter coaster.

Stay tuned as we find out more about Seven Dwarfs Mine Train, and be sure to follow along with us on Twitter @BehindThrills for the latest updates!

For more information about The New Fantasyland at Walt Disney World’s Magic Kingdom, visit the official website by clicking here!