Many people are feeling like Snow White, and just wishing away…only instead of a handsome prince, it’s for a creaky, rocking coaster full of people. Okay, so not the best analogy, but final touches are being made on the Seven Dwarfs Mine Train as it’s getting ready for…well, we’re not exactly sure what it’s getting ready for. It’s getting ready for something, very soon, even if that something isn’t an opening to the public. To get you even more amped up for the all new coaster, Disney has released a very brief POV teaser video, as well as several new images. Plus we have some reader submitted pictures as well. 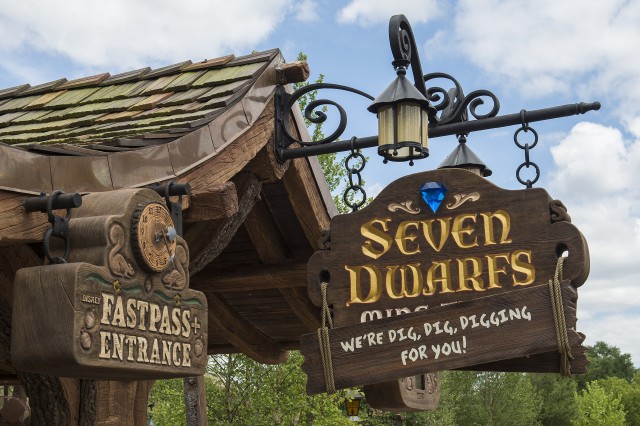 The all new coaster is getting ready for a huge media preview later this week, so expect tons of new video and pictures of the new coaster/dark ride. As for when guests can expect to ride, according to one of the many media outlets at the event, the ride will not stay open for guests after the media preview. However, the ride may soft open for guests sometime Friday, maybe even through the weekend. 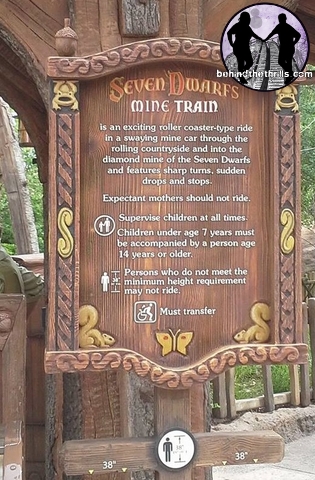 The queue has tons of little details, including the regulatory sign that advises against certain people riding. It also boasts a relatively small height requirement of about 38 inches, so even some of the smaller subjects of New Fantasyland can have fun.

Disney has released several new videos, including one showing off the majority of the coaster section.

The ride is, however, part dark ride as well. The coaster boasts some of the most advanced animatronics. For the first time Disney has used 3D to bring the characters to life. It gives the Dwarfs more of a cartoon quality, rather than real life. That’s a pretty important detail, simply because it makes the ride stay true to the film.

The coaster is the crowning piece in the all New Fantasyland, which began opening a little while back. The new area includes Little Mermaid, Be Our Guest, and Princess Fairy Tale Hall.
Here’s a few fun facts:

Are you even more excited about the coaster now? It seems that some of the old static figures will be used, and we will also see some of the rest of the story. However, instead of the princess, this ride focuses on the big guys…err..the little guys.

There is no word on exactly when Seven Dwarfs Mine Train will open, but it has to be soon…right?

Stay tuned as we bring you even more from Walt Disney World, and be sure to follow along with us on Twitter @BehindThrills for the latest updates!