Disney’s Little Mermaid Dark ride at California Adventure is a magical adventure that takes you under the sea and into the world of Ariel and her friends. It just got a whole more magical. The attraction opened a few years ago, but recently the new ride has undergone a few new enhancements that makes the voyage a little more magical, and a little more like traditional dark rides.

The all new enhancements use blacklights and new paint to make the figures come alive. Key scenes before were a little darker and didn’t pop as much, but now they seem to come to be more visible in some areas, while new fish figures have been added in some scenes as well.

Even Ariel herself has gotten some new enhancements, with new hair in some scenes (some that has happened a while back). Overall the new ride has gotten a big dose of love that makes the first of many Mermaid rides seem a tad bit better than before.

How does this differ from other versions? Even in the Magic Kingdom version things are a little darker, and it makes you wonder if this is something that will eventually happen to that version as well.
Video-Little Mermaid at Walt Disney World

Stay tuned for even more from Disney’s California Adventure, and be sure to follow along with us on Twitter @BehindThrills for the latest updates! 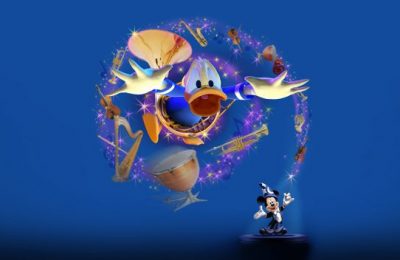