It hasn’t had it’s first public rider yet, but the all new Verruckt at Schlitterbahn Kansas City is already breaking world records.  In a ceremony on April 25th, it became official, Verruckt is the tallest waterslide in the world. The slide is scheduled to open to the public Memorial Day Weekend has had the height released, and it’s a doozie.

Verruckt at Schlitterbahn Kansas City measures in officially at 168 feet 7 inches,  making it taller than the Statue of Liberty, Niagara Falls and the previous record holder, Insano.  The slide will reach speeds of over 60 mph,  and will be the tallest multi person rode in the world as well.
The new slide will open when the park opens for the season on May 23rd.
While it is the tallest waterslide in the world, 168 feet isn’t really that tall when you take into account the heights of things like roller coasters, and drop towers. This summer two drop towers will debut, with one reaching the 400 foot mark, and the other pushing just past 330 feet. The next tallest roller coaster in the world will measure in at over 500 feet, and the current pushes 450 feet tall. So why is Verruckt so terrifying?
The simple answer, it’s wide open. On traditional amusement park rides, guests are strapped in and held in place by the huge weight of the ride devices. With Verruckt, guests are exposed to the elements and not strapped in. While the slide is perfectly safe, it doesn’t feel that way when you are rushing down at over 60 mph with nothing but a rubber tube between your butt and oblivion.
So is Verruckt on your bucket list or your “Hell no” list?

Stay tuned for more from Schlitterbahn,  and be sure to follow along with us on Twitter @BehindThrills for the latest updates!

For more information about Verruckt at Schlitterbahn Kansas City, including tickets, visit the official website by clicking here! 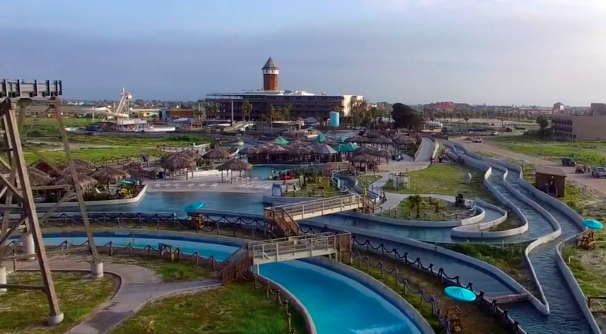