Get ready to battle Decepticons with all new Transformers film and celebration at Universal Studios Hollywood!

Transformers started out as a worldwide toy phenomenon in the 80’s, which later became a huge movie franchise. After three movies that were hit and miss for a lot of audiences, Universal launched a series of attractions that were definitely hit for many guests. The story and success of the attractions at Universal were said to be the inspiration for Michael Bay to return to Transformers for a fourth installment. Now, fans can celebrate the “Robots in Disguise” with two huge celebrations next weekend. 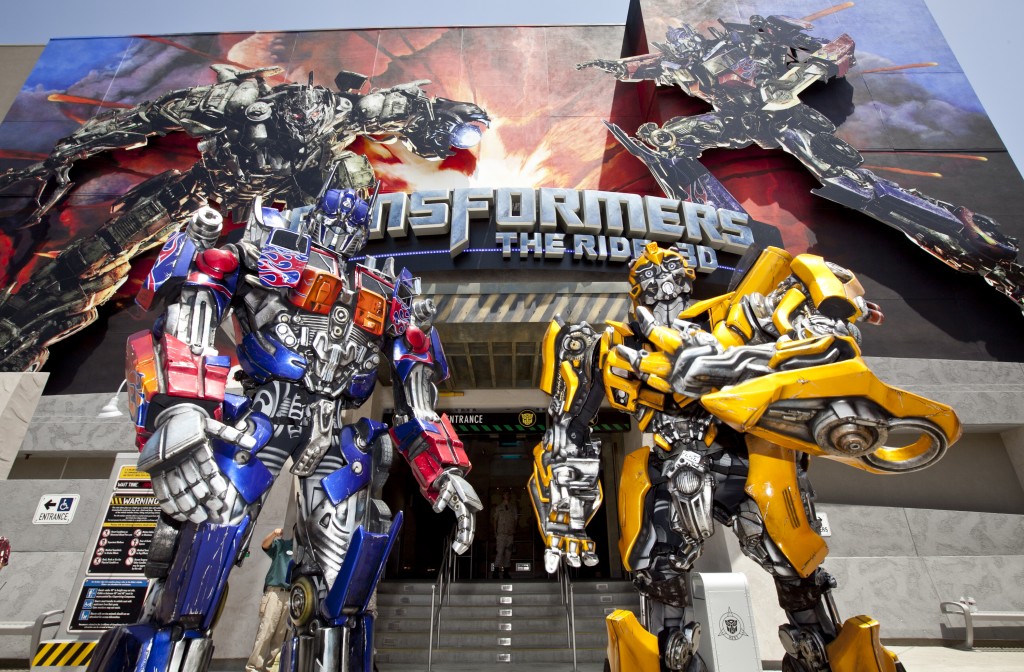 There will be two huge Transformers Celebrations in Southern California beginning Friday June 20th. The first is hosted by Universal Studios Hollywood and includes exclusive access to the ride, merchandise and even a concert! Here’s all the details:

If that wasn’t enough, there’s a huge two day event happening in Pasadena beginning Saturday. That event will include voice actors, costumes and more! Here’s the details:

The huge celebration comes right before Transformers:Age of Extinction hits movie theaters on June 27th. The new movie looks to feature a revamped Optimus Prime, Dinobots and a whole lot more new robots. Check out the latest international trailer for the latest look at Age of Extinction: http://www.youtube.com/watch?v=Nwd5OOVVB58   Transformers: The Ride 3D is now open at Universal Studios Hollywood and takes you on a battle through the city as Megatron tries to steal the All-Spark. Stay tuned for even more from Universal Studios Hollywood, and be sure to get social with us on Facebook and follow along with us on Twitter @BehindThrills for the latest updates! For more information about Universal Studios Hollywood, including tickets, visit the official website by clicking here!