One really cool feature about Diagon Alley and Hogsmeade is that it brings a brand new and interactive feature to Universal’s theme parks. Universal has rolled out a series of interactive wands that guests will be able to purchase and with these wands, guests will be able to practice their magic at special locations through out Diagon Alley and Hogsmeade.

This experience was built into Diagon Alley as it was constructed, however, it was not built into Hogsmeade before it opened several years ago. Universal Orlando has been working hard to add interactive elements to Hogsmeade, which will soon be ready for guests to interact with. Several new window components have been installed within Hogsmeade, as well as medallions which instruct guests on how to perform the required spells. 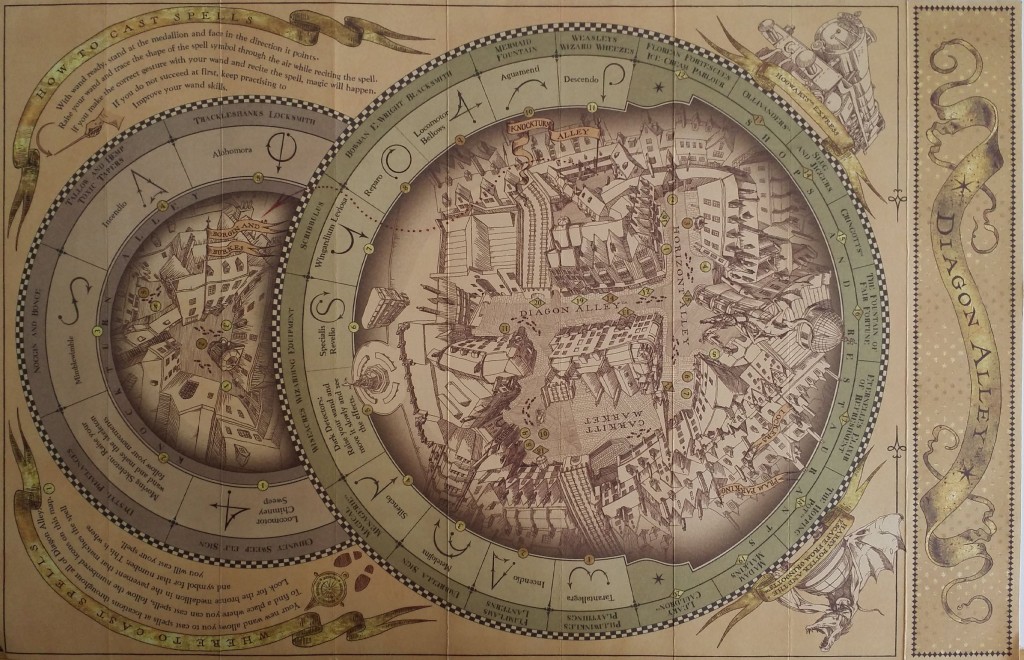 While the Harry Potter stars were in Orlando for the Diagon Alley Preview, Universal Orlando let them test out their true magic skills within Diagon Alley.

Universal has created The Wizarding World of Harry Potter in such a way that guests feel like they are part of the story. While Diagon Alley and Hogsmeade are already packed with things a lot of things for guests to see and do, Universal Orlando has added even more to the experience with interactive wands. Guests will be able to practice several spells and watch what happens when their spell is successful.

For more information about the Wizarding World of Harry Potter, visit the official website by clicking here.