Streets of Diagon Alley come to life at Universal Orlando with puppets, singers and wands

Diagon Alley is tucked behind the London Facade at Universal Studios Florida. We’ve talked about the great shopping, the amazing food, and of course the one of a kind rides. The streets, however add one more dimension that Universal has been perfecting for years. Diagon Alley has magic pouring into the streets with interactive wand stations, and two all new shows. It’s all part of the completely immersive experience that the wizards at Universal has created for their guests.

Universal has mastered “streetmosphere” experience better than any other theme park in the world. It’s nothing to see your favorite Hollywood star strolling down the street, interacting with guests, dogs and Minions. For the Wizarding World of Harry Potter-Diagon Alley, Universal took that love of “streetmosphere” and applied it to ways that would bring the Wizarding World to life in ways that no one dared to dream of. 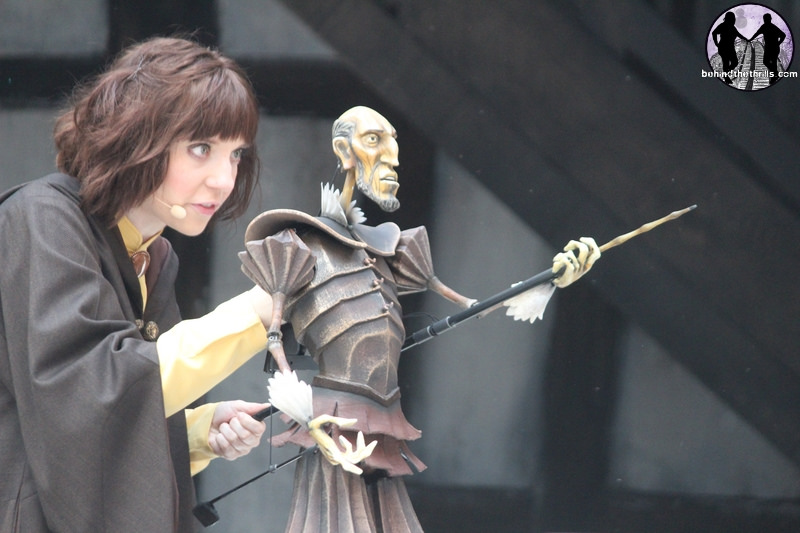 What they ended up with were three unique shows (two featuring puppets) and a wand experience that would take the magic and literally put it in the guests control.

The most dazzling of the experiences are the unique shows. Celestina Warbeck and the Banshees is one of the three shows, but the only one not involving puppets. What the show lacks in puppets, it makes up for in amazing musical performances by a jazzy singer, and three singing back up dancers. The musical group is inspired by the JK Rowling books, and is Molly Weasley’s favorite singer. The song are all filled with references to the Wizarding World, and include things like Quidditch.

The other two shows are based on the book “Tales of Beedle the Bard”. The book was featured as a main plot point in Harry Potter and the Deathly Hallows, and the story “The Three Brothers” was featured in the film. The book features five stories in all, but only two of them made the cut for Diagon Alley.

We caught up with show director Patrick Braillard to not only talk more about the shows, but also to explain why they chose the two stories they did.

The show that we were able to catch, The Three Brothers, is a familiar tale, especially for fans of the film. It tells the story of the Deathly Hallows. While it’s a very familiar story, it truly is the puppets that bring it to life.
Video-Watch the tale of the Three Brothers at Diagon Alley

While the shows are definitely amazing, the interactive wands bring a new element to the streets. While wands were a definite must have souvenir, now they are an essential part to the story as guests can swish and flick their wands to make new interactive elements come to life. 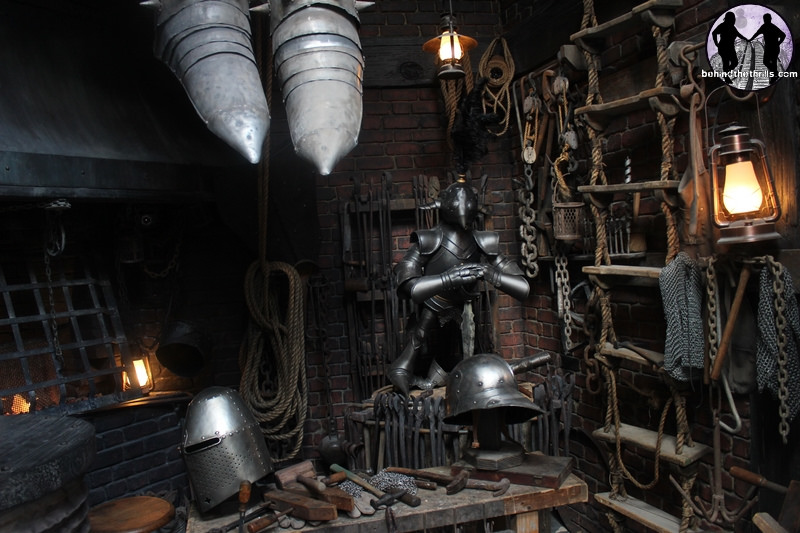 Mermaids come to life and soak you to the bone, the rain comes pouring down under umbrellas, you can pick locks, and you can even power the the bellows of the blacksmith. Suits of armor come to life, and reassemble themselves. It’s something that countless wizards and witches will be lining up to do over and over. The entire area is full of the little hidden gems. It’s been a natural progression, and something many parks have been working up to for years.