SeaWorld Orlando is getting ready to kick off their annual Summer Nights in a huge way. The park takes on a whole new life with completely different shows after 5p.m. than what happens during the day. It’s always a fun reason to stay late, while seeing something different. This year, however, the park is bringing two new shows to it’s Summer Nights fun. While one will bring the global message of conservation to a whole new generation, the other will light up the night. 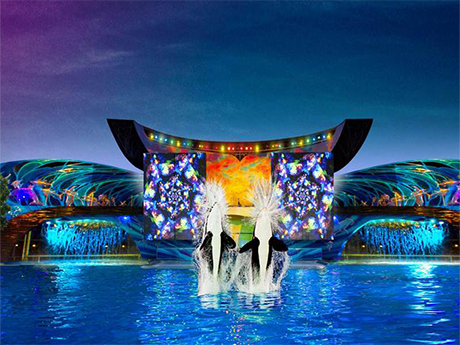 On Saturday June 21st, SeaWorld will unveil it’s latest Shamu Show, aptly called Shamu’s Celebration:Light Up the Night. The all new show features high energy music, new behaviors and production elements. The show replaces the long running Shamu Rocks as part of the nightly entertainment. Light up the Night will also be performing at SeaWorld San Diego and San Antonio.

Generation Nature LIVE is a new summer show highlighting SeaWorld’s Animal Ambassadors and animal care experts — everyday heroes –who dedicate their time, passion and commitment to helping wildlife in need. The new show takes on the same theme as the latest partnership with SeaWorld and Bindi Irwin. Generation Nature encourages kids to take part and learn how they can change the world.

SeaWorld’s Summer Nights is included with daily theme park admission, and will feature Clyde and Seamore’s Sea Lions Tonight…which takes the park’s clown princes and let’s them make fun of the rest of the park. Summer Nights runs from June 21st until August 10th.

For more information about Summer Nights at SeaWorld Orlando, including tickets, visit the official website by clicking here!