If you’ve been following the madness and fun of the #potterwatch tag on Social Media you’ve seen a range of emotions.  From hopeful watchers, to angry fanatics demanding entry, to those who just don’t get the hype, #PotterWatch has been an entertaining experience to say the least. A few days ago Universal soft opened the Hogwarts Express for waiting guests. The fever hit a high on Thursday and finally the waiting paid off. Diagon Alley soft opened for park guests and #potterwatch fanatics alike. 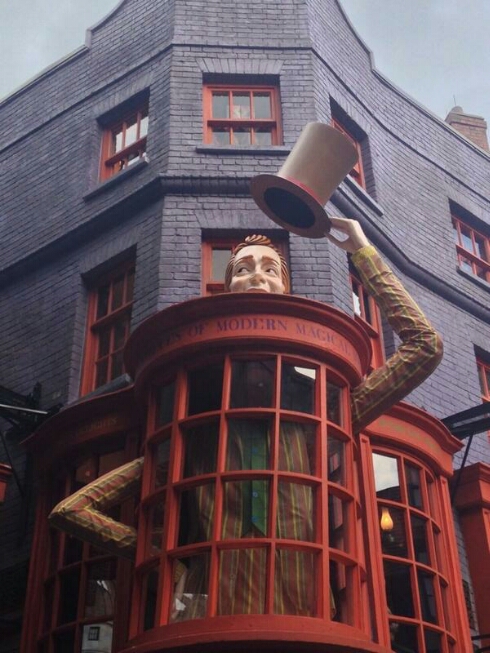 Diagon Alley is the latest addition to The Wizarding World Of Harry Potter At Universal Orlando. The expansion comes just four years after the original Wizarding World of Harry Potter opened at Islands of Adventure,  right next door.
Fans have been visiting the park non stop since the middle of June in hopes of getting a glimpse of the new land before the crush of grand opening crowds when the area officially opens July 8th.
So was the wait worth it? Here’s what some on Twitter had to say: 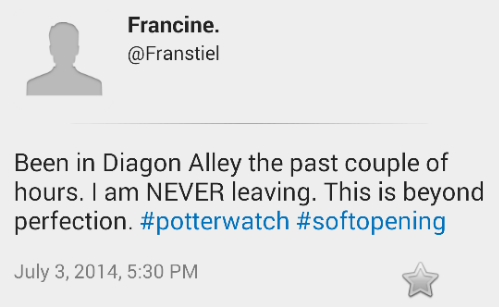 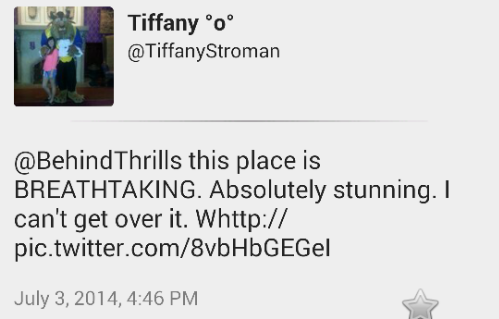 With the exception of Escape from Gringotts,  the entire Diagon Alley has opened to guests. From butterbeer ice cream to Ollivander’s wands guests are taking in all the sites of the new area. Even the Universal Creative head, Mark Woodbury was on hand to watch guests as they walked through the brick wall.
The highlight for many, however, seemed to be seeing that huge Dragon sitting on top of Gringotts Bank,  emitting huge flames periodically.
Video-Take a walk through the streets of Diagon Alley

Diagon Alley isn’t just one mew area. It’s actually two. The front of the area is the Muggle World of London, complete with miniature replicas of London landmarks. However, once guests get through the brick walls, they are completely engulfed by the Wizarding World. The opening of Diagon Alley also marks the first time two parks have been connected by in park transportation. The Hogwarts Express takes guests from the Muggle World of London and let’s them step through Platform 9 3/4 and into the magical Hogwarts Express.

Guests are then taken to Hogsmeade station via train, and on a magical journey from Universal Studios Florida to Islands of Adventure.
The entire experience is a magical adventure for the entire family, and raises the bar for family vacations for years to come.
While it hasn’t been confirmed, it’s likely that both Hogwarts Express, and Diagon Alley will remain open to guests periodically until the grand opening in July 8th.