The fourth film in the Jurassic Park franchise hits theaters on June 15th, and just by looking at the title of the film, you can already get a feeling of the larger scope. Jurassic World will takes guests back to Isla Nublar to a time when dinosaurs walked the earth for the first time in ten years. More importantly, we will finally see the realized dream of John Hammond as the fully operational theme park is now operating. While we are still waiting for our first look at the film and a trailer, we do have a better idea of what we can expect to see at the park thanks to Twitter and Super Hero Hype! 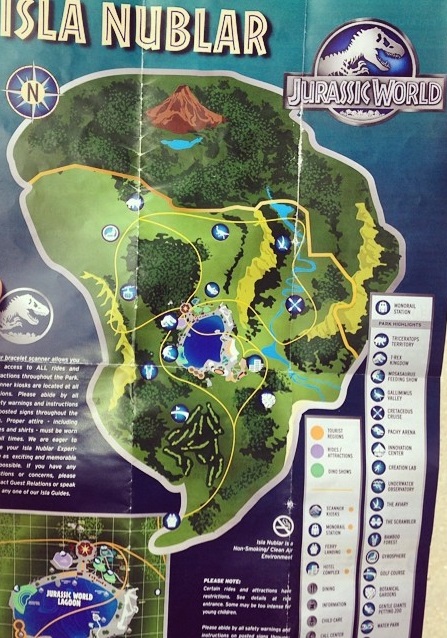 The fans at the Superhero Hype forums have our first look at the Jurassic World theme park map! The all new map comes courtesy of a brochure that was found via Twitter user @JurassicP2k15. The map gives a look at the lagoon, some of the attractions and even the dinosaurs that we could see in the film. 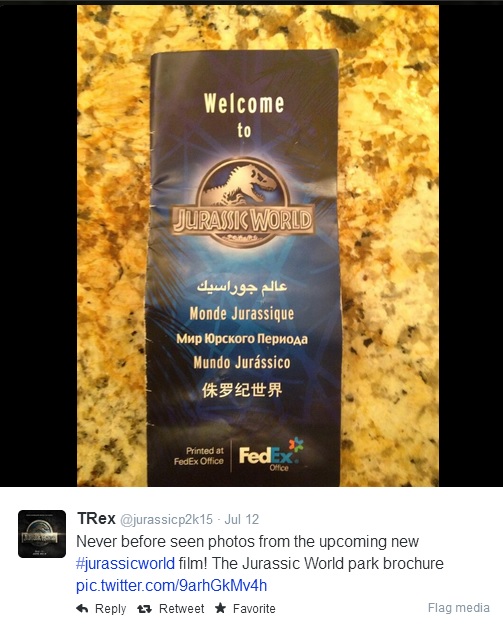 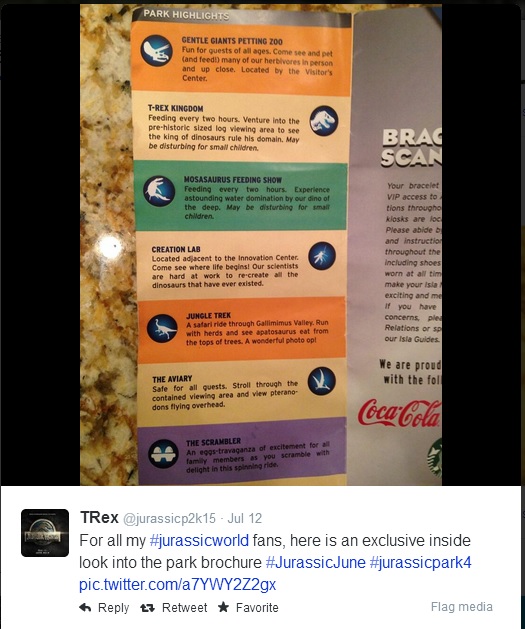 The cover feels very much like Universal Orlando’s park map. Once you get inside, you see a variety of activities and attractions, including a tea cup style egg ride called the “scrambler”. The Creation Lab is similar to what is currently open at Universal’s Islands of Adventure in the Discovery Center. There you can see the hatching process, though this sounds a little more intricate. There’s also the “Gentle Giants Petting Zoo” (Triceratops Encounter anyone?) and the most fascinating attractions are the T-Rex and Mosasaurus feeding shows. Two shows where the staff feeds the animals, who are both some of the most vicious and top predators. Where’s the Blackfish crew? 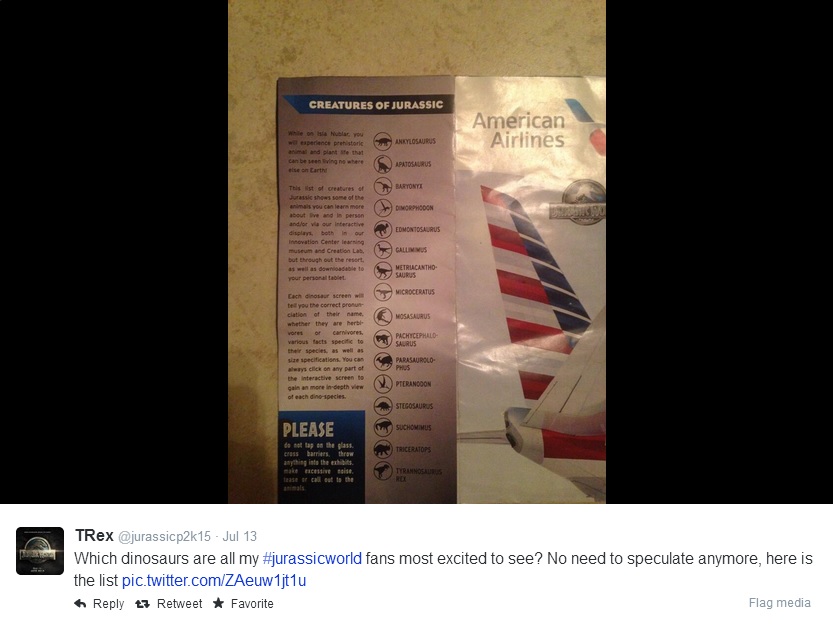 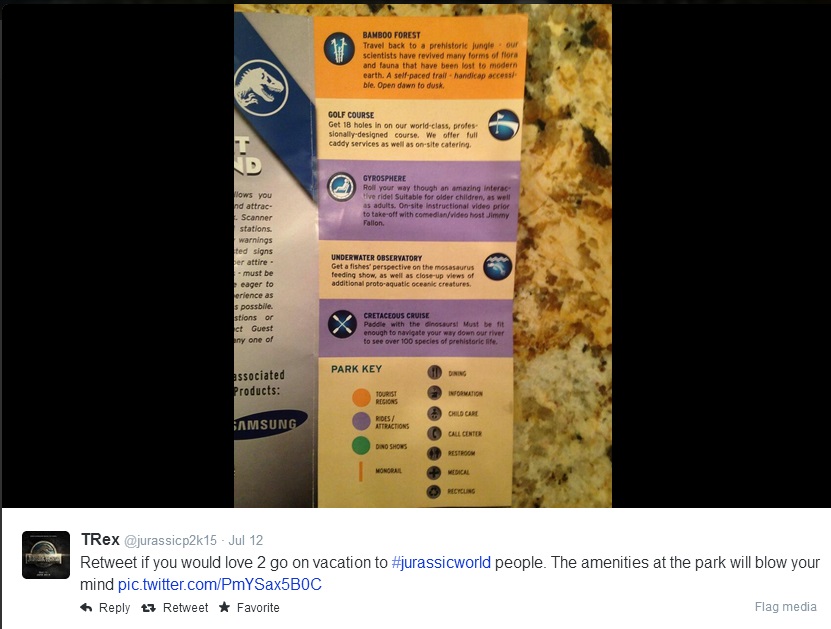 Jurassic World will also feature a golf course, paddle boat tours down the river, and underwater viewing. The list of dinosaurs is also impressive, thought it’s not certain which ones we will see in the film. It’s pretty obvious we’re going to Velociraptors, T-Rex and Mosasaurus, but what else can we expect to see?

The real question is, what will Universal take from Jurassic World and make into theme park attractions? There’s a rumored King Kong attraction going in Orlando, right behind Jurassic Park. While Kong doesn’t exactly fit Jurassic Park, perhaps “Lost World” could be more in line? There’s also rumors by Screamscape that Jurassic World itself could be the next big expansion at Universal Orlando, which is on a frenzy of construction projects lately, with the Wizarding World of Harry Potter being the latest to open.

Stay tuned for more from Jurassic World and Universal, and be sure to get social with us on Facebook, and follow along with us on Twitter @BehindThrills for the latest updates!