They say to keep your hands and arms inside the boat at all times for a reason. On Thursday morning, Pirates of the Caribbean at Walt Disney World’s Magic Kingdom was shut down after a man was injured on the ride. The nature of the injury has us scratching our heads on just how it happened, but allegedly, the man lost the tips of his fingers. 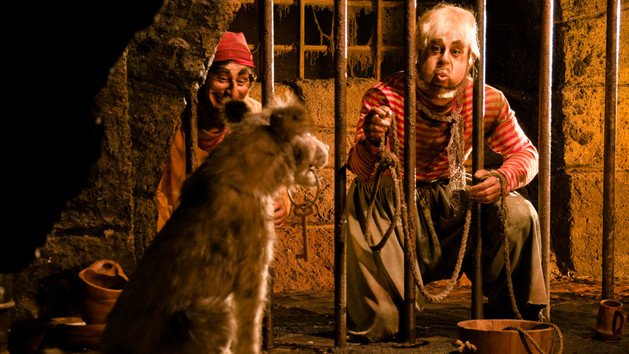 According to Click Orlando, a man lost the tips of his fingers while riding Pirates of the Caribbean at Walt Disney World’s Magic Kingdom. The ride was later reopened, and deemed to be safe. Officials at the park are going over how it all happened, and how a similar incident can be avoided. They’re still unsure of how the man injured his hand, since there really are no moving parts on the Pirates of the Caribbean ride vehicle. The only possible explanation, he did not keep his hands and arms inside the ride vehicle at all time as instructed.

We hear of accidents at theme parks all the time, and honestly, unless it’s some huge catastrophe, the accident could have been prevented. There are those incidents such as the one that just happened at Six Flags Magic Mountain, where a tree fell on the track of Ninja, causing the coaster to derail…those are just freak accidents, and no way to really predict those. The majority, however comes from something we call “stupid tourist syndrome”. It’s not meant to be a derogatory term, but it seems that whenever people go on vacation to places like Disney, they check their brains at the door.

The kid jumps in the water, risking his life to grab a hat. Thankfully the ride was stopped the second that the kid hit the water, but how stupid is it to risk your life for a hat?

Here’s yet another one:

Same kind of situation, guy risking his life for a hat. People in the comments tried justifying the actions by saying things like “well maybe the hat was signed”. Does it matter? Isn’t your life a little more valuable than a signature on a hat?

People have lost limbs, fallen off of coasters, and even lost their heads (quite literally) because they ignore the simple rule-Read and follow the instructions.

Here are a few simple ways to avoid injury at theme parks:

Stay tuned as we bring you more from Walt Disney World, and be sure to get social with us on Facebook, and follow along with us on Twitter @BehindThrills for the latest updates!