We met him 36 years ago, we were told there was nothing left, no reason, no conscience, no understanding; and even the most rudimentary sense of life or death, of good or evil, right or wrong. We met this six-year-old child, with this blank, pale, emotionless face, and the blackest eyes… the devil’s eyes. We spent eight years trying to reach him, and then another seven trying to keep him locked up because we realized that what was living behind that boy’s eyes was purely and simply…evil. Now he’s coming back, again. It doesn’t matter how many times you try and kill him, you just can’t keep a good slasher down. Michael Myers is coming back to Halloween Horror Nights at Universal Studios Florida. 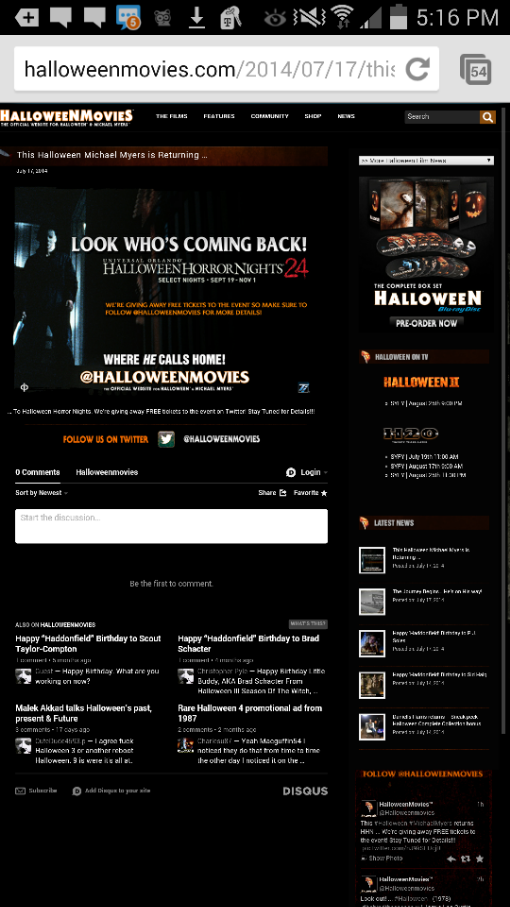 According to the official Halloween Film website, Facebook page and Twitter your fear is coming home as Halloween and Michael Meyers will terrorize guests at Universal Studios Florida’s Halloween Horror Nights. 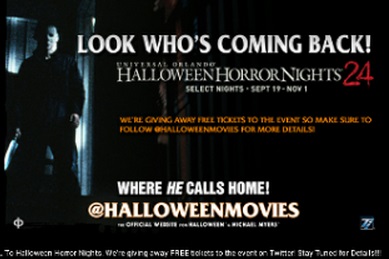 Michael Myers will bring his brand of evil to the event beginning September 19th. Knowing Universal, Myers will be unleashed in the way fans want to see him.

The announcement did not come from Universal themselves, but instead the Halloween Movies Facebook, Twitter pages and website, so the exact details aren’t known at this time.

Stay tuned as we bring you even more from Halloween Horror Nights, and be sure to get social with us on Facebook, and follow along with us on Twitter @BehindThrills for the latest updates!