It’s been a very rough year for drop towers. Two huge new record breaking towers were supposed to debut earlier this year, but construction delays and weather hang ups put the race for the biggest meanest drop tower on hold, temporarily. The race picked up on Friday, and Six Flags crossed the finish line, as they officially opened Zumanjaro:Drop of Doom at Six Flags Great Adventure, marking the opening of the world’s tallest and fastest drop tower. 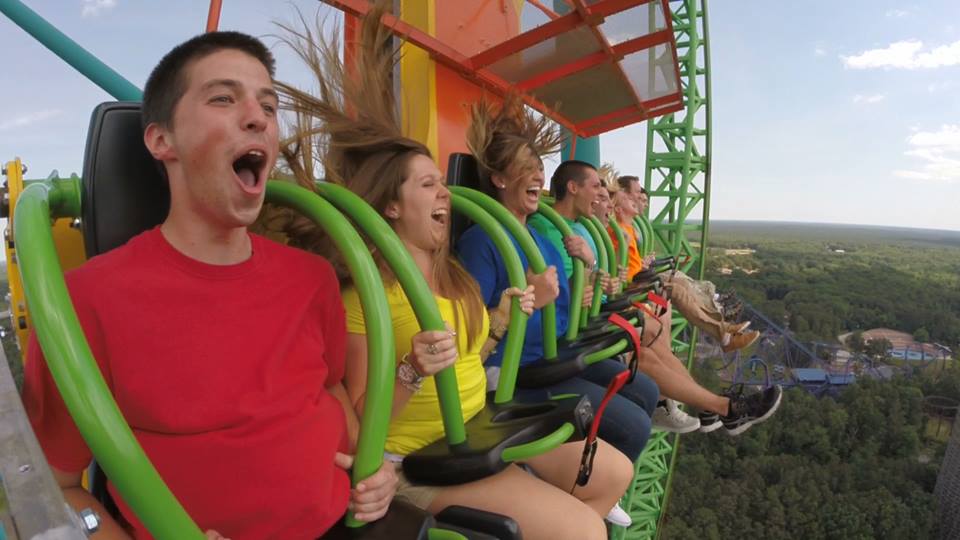 The drop tower race started this year when both Six Flags Great Adventure, and Busch Gardens Tampa were each scheduled to open record breaking drop towers. Busch Gardens’ Falcon’s Fury was scheduled to open in May, but due to construction delays, the 335 foot drop tower that dropped riders face down, was pushed back until much later this summer. Zumanjaro Drop of Doom faced delays in construction due to a very hard winter. The 415 foot drop tower did open after a brief delay with permits and inspections. Due to the fourth of July holiday, the offices that were supposed to give the green light, were apparently closed.

Still, the permits were filed and the clearance was given as Zumanjaro opened for the 4th of July. The all new tower is attached to the face of the world’s tallest coaster, KingDa Ka. The tower measures in at an insane 415 feet, and drops guests at speeds of up to 90 mph. The ride to the top takes about 90 seconds, while the drop takes less than 30.

It’s been named by several websites as the scariest new ride of 2014.

Stay tuned as we bring you even more from Six Flags Great Adventure, and be sure to get social with us on Facebook, and follow along with us on Twitter @BehindThrills for the latest updates!