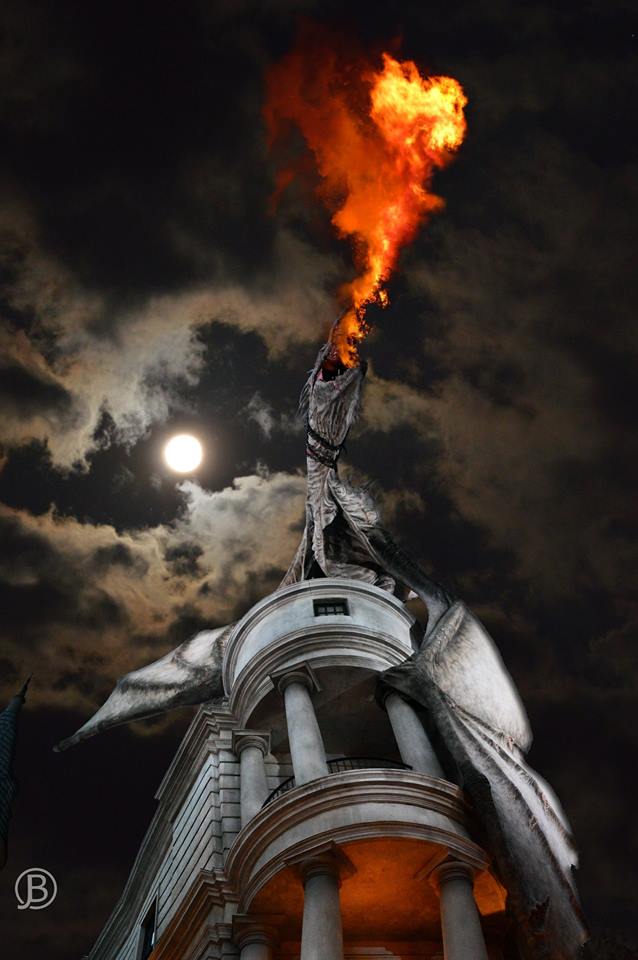 If you’re looking to visit Diagon Alley tomorrow morning, you’ll want to arrive early. Universal Orlando has announced that their parking garages and transportation for their on-site hotel guests will begin at 5am. You’ll want to arrive a little earlier than 5am to get in line at the parking toll booth that way as soon as it opens you can park and head into CityWalk. We don’t suggest arriving extremely early as security may ask you to leave.

The grand opening ceremony will take place between 8am and 8:30am at Universal Studios Florida. All other attractions within Universal Studios Florida and Islands of Adventure will open at 9am tomorrow morning. Guests who are staying on-site or who purchased a vacation packages will be elgible for early entry into Hogsmeade located inside Islands of Adventure. Beginning on July 9th, on-site hotel guests and guests with vacation packages will be able to use their early entry to Diagon Alley. Also beginning on July 9th, both theme parks will open at 8am through early August, which means on-site hotel guests and vacation package holders will be able to enter either land beginning at 7am.

If you’re not able to make it tomorrow, be sure to check out all of our Diagon Alley coverage by clicking here or view our collection of videos on YouTube:

For more information about Diagon Alley or to purchase tickets, visit the official website by clicking here.