Summer keeps on rolling at Universal Studios Hollywood’s CityWalk this week with another huge line up in their free Music Spotlight Series. Thursday July 17th YouTube sensation Megan Nicole will hit the stage at CityWalk along with Belgium heartthrob Ian Thomas. The concert is just part of the huge concert series that will be happening all summer long at CityWalk Hollywood. 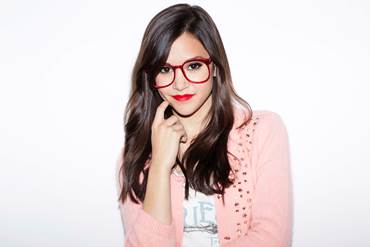 The concerts will kick off at 7p.m. at the 5 Towers stage at CityWalk with Ian Thomas, and will continue as Megan Nicole takes the stage at 8p.m. The concerts are free and open to the public.

Megan Nicole hit popularity on YouTube by posting amazing covers to well known songs. She is currently working on her debut album, and her first single “Never Have I Ever” is starting to climb the charts.

The Music Spotlight Series will continue on select nights until August 31st.
Here’s the remaining line up:

Stay tuned for even more from Universal Studios Hollywood, and be sure to get social with us on Facebook, and follow along with us on Twitter @BehindThrills for the latest updates!

For more information about Universal Studios Hollywood and CityWalk, visit the official website by clicking here!