You didn’t stick to the roads, you went into the moors. It’s a full moon, and you didn’t listen to a word I just told you did you. I’m sorry to be upsetting you, but I have to warn you. The next full moon will see something hideous coming to Halloween Horror Nights in HOLLYWOOD! It has killed before, and will kill again until the blood line severed. Don’t you understand what I’m telling you? An American Werewolf in London is coming to Halloween Horror Nights! Hot off the success of Florida’s hugely popular American Werewolf in London maze from last year. It seems Hollywood is will be getting a bite of Werewolf magic as for 2014 as well. The announcement was made at this year’s Halloween Horror Nights panel at ScareLA. 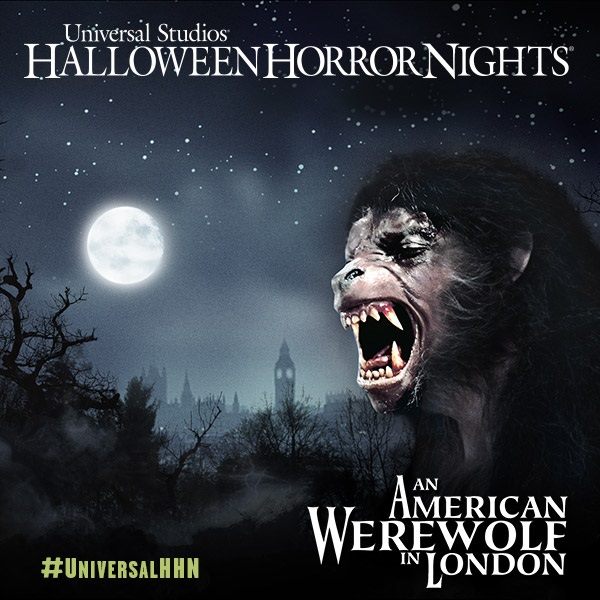 This year the 1981 classic film that changed horror make up forever and reinvented the way Horror Nights mazes are created, is coming to west to Halloween Horror Nights Hollywood. The film told the story of David and his friend Jack, who were attacked on the English moors while hitchhiking across Europe. Jack died, but David wasn’t so lucky. He was turned…well…into a werewolf.

The film used new technology at the time to make a really believable wolf transformation. It ranks up there with The Thing as far as grotesque goes.

Last year Halloween Horror Nights in Orlando created the maze with state of the art puppets and effects. Be sure to check out our video of the Florida version below.

This year fans will be face to face with the beast as they go against werewolf attacks. This isn’t the first time that the streets of London, or werewolves have come to life at HHN.