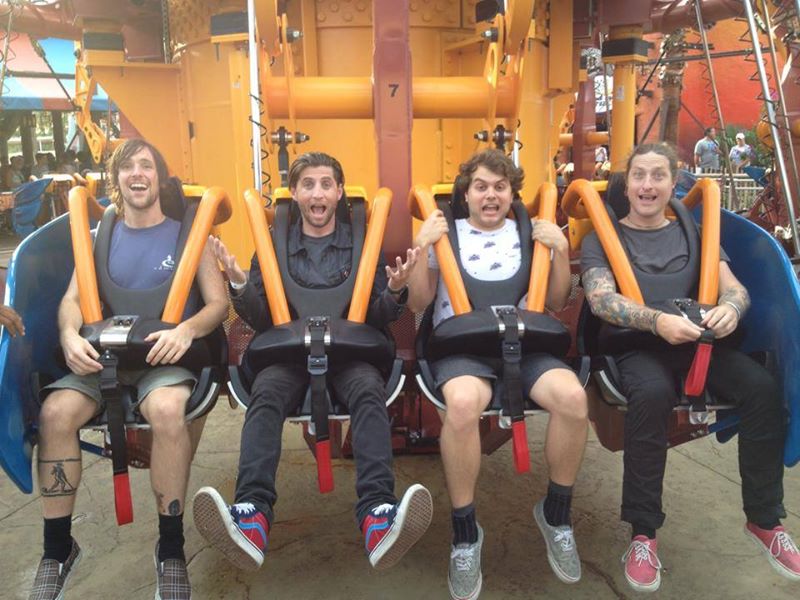 Busch Gardens Tampa shared a picture of the All American Rejects taking a ride on Falcon’s Fury just before their concert in the park. The band wrapped up the Summer Nights concert series, which has been happening all summer.

Just a few days ago, employees were testing the attraction, and getting rides on the all new attraction. It wasn’t until Saturday that theme park guests were allowed to ride the huge drop tower.

The all new tower should be open through the rest of the weekend, although we’ve received no word on an official opening date. It’s pretty safe to say that at this point, the huge drop tower could be open from here on out, barring any technical difficulties.

The all new drop tower takes guests 335 feet up, and then tilts them face down before sending them back towards the ground.

Video-Take a ride and get dropped face down on Falcon’s Fury at Busch Gardens Tampa!

Falcon’s Fury was supposed to open in May, but delays in construction and testing held the opening date back until late summer. The attraction is a first of it’s kind, taking riders up 335 feet, then turning them 90 degrees so that they face the ground. The tower is also the centerpiece of the all new Pantopia. The new land features a new show, new shops and new food. There’s a story at every turn in the new land, and it’s all centered around bringing the world of animals and humans together in many different stories.

For more information about Falcon’s Fury at Busch Gardens Tampa, including tickets, visit the official website by clicking here!