Six Flags has made a commitment to their customers to add a new attraction to each one of their parks every year. So far, the chain has been faithful to it’s promise, and has added some innovative new attractions to the parks. Six Flags has taken old rides from some parks, and rebranded them as new attractions at others in the past, which is still keeping the promise of a new attraction. This teat, however,  the company is adding four all new “coasters”, but the term has several coaster enthusiasts and even the news calling foul. 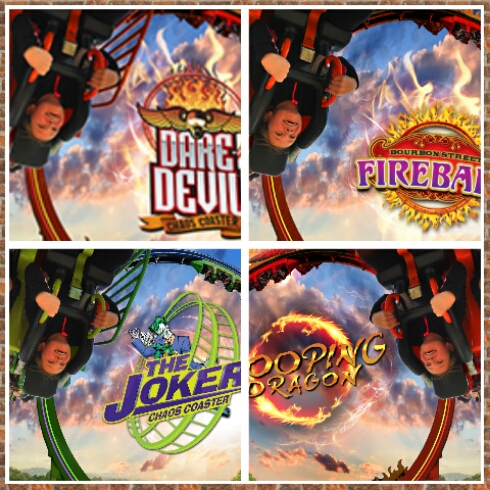 The chain is adding four flat rides to four of their parks, and calling them coasters. The rides are actually just amped up versions of carnival style super loops. These attractions feature what many consider the best part of a coaster, the loop. The attractions just take riders around 360 degree loops, over and over.
Here’s a list of the parks and attractions:

In order to qualify as a coaster, a train or car needs to have some kind of initial lift, or launch. There also needs to be a section of track where the car moves by the forces of gravity. The super loop style attractions uses a powered motor to drag the trains all the way around the loop.

While the parks are indeed adding new attractions for the 2015 season,  they’re clearly not coasters. Yet, the parks are billing all of them as new coasters. Does this fall into the category of false advertising?
In all fairness,  Six Flags is adding three new coasters to their already massive line up. The coasters that are being added aren’t carbon copies of other coasters, either. The parks are bending the limits of traditional wooden coasters by creating freakish hybrids that do amazing inversions, twists, turns and even high fives. They are also adding an all new 4th Dimension coaster that brings a new level of intensity to an already intense attraction.
So why bill these new flat rides as something they simply aren’t? After all, do fans of the park really expect new coasters every single year? The simple answer is yes. Fans of the big coaster parks really do expect new coasters every year, or at least every other year. For parks like Great Adventure,  it’s been at least two years since the last coaster installation.  This year the park opened the record breaking Zumanjaro Drop of Doom. In 2012 the park revamped their animal safari,  and made it free with park admission.
New coasters bring in big bucks, but they also cost a ton of money to construct and get ready.
Regardless of your feelings about the new attractions, Six Flags delivered on their promise of a new attraction in every park every year. Sometimes the attractions don’t live up to the hype, but Six Flags…let’s call these new rides what they are, and call it a day, let’s not insult your coaster riding fans.