Halloween Horror Nights at Universal Studios Florida is less than a month away, and the terror is beginning to show. This year the annual Halloween event will take guests through eight different houses, and at least four different street experiences. As fans get ready for this year’s event, the streets of Universal are starting to be transformed. Are you ready for the fear? 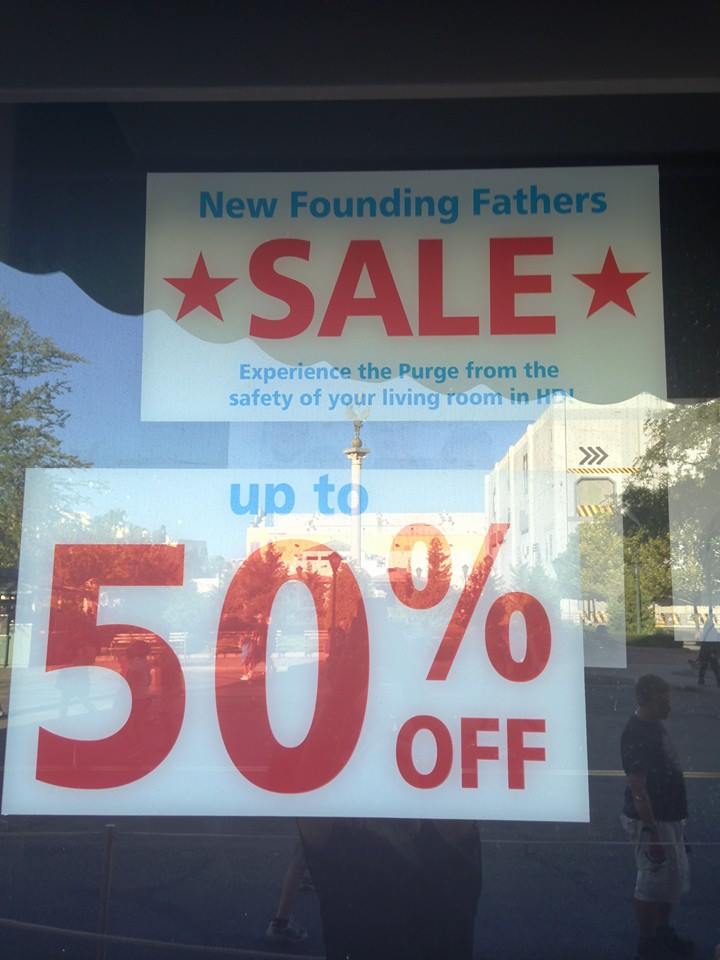 The park is starting to be “Purged” of any signs of summer as Halloween Horror Nights begins rolling in. This year, The Purge: Anarchy will take up the largest section of the park as the streets and alleys of the New York area (including Sting Alley) are being prepared for chaos. 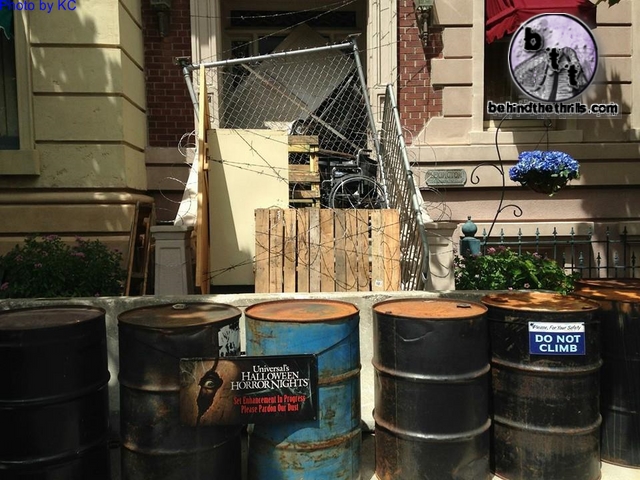 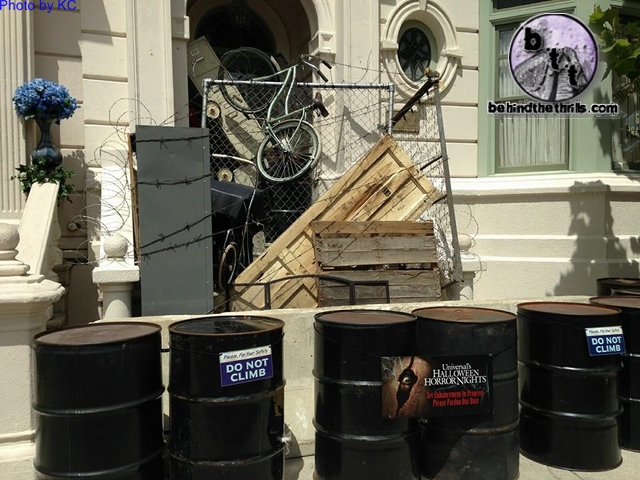 New York makes the perfect place for the “New Founding Fathers” to give guests the right to Purge. The scare zone will be based on the all new film, The Purge:Anarchy. In the film, citizens are allowed to commit any crime they want, including murder, one night a year. 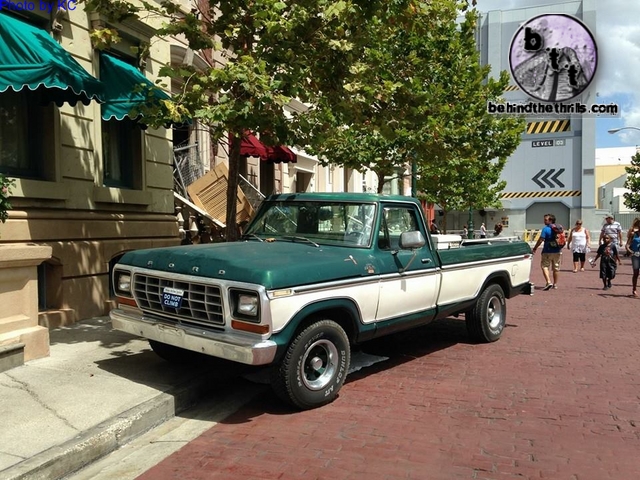 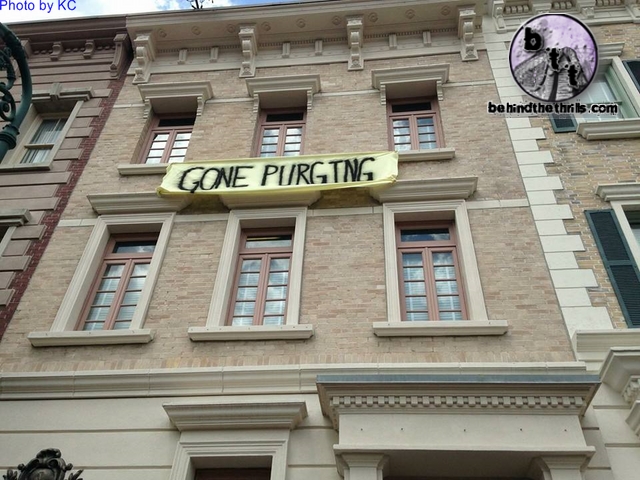 While we’re not exactly sure what Universal has in store for guests when the siren goes off, but it’s looking like the entire area will be plunged into chaos for 12 hours. Streets are being littered with cars and trucks, and doors are being barricaded with junk and every day items, in the hopes that whoever is looking to Purge stays out. 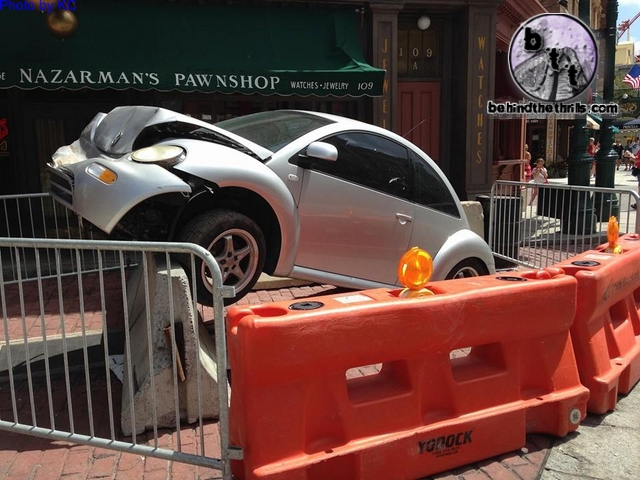 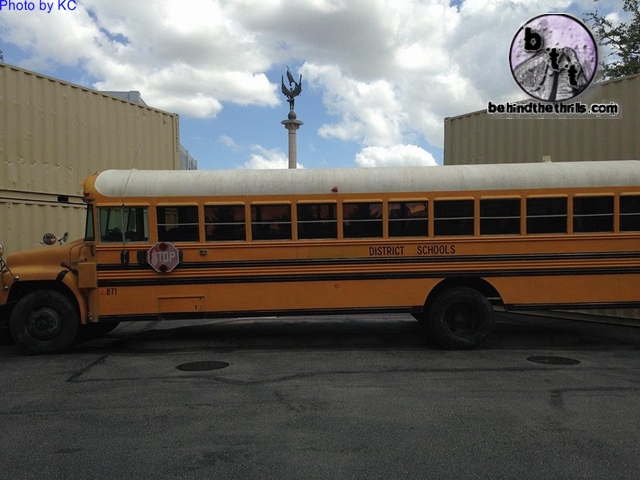 Sting Alley, and the streets by Finnegan’s are being used for the first time in a few years. The area is normally used as the “early entry” spot. As Labor Day comes to a close, we’ll start to see more and more props in the streets. While the park is getting ready for the event, the streets are still safe for little ones. Nothing too scary or fright inducing is being used. 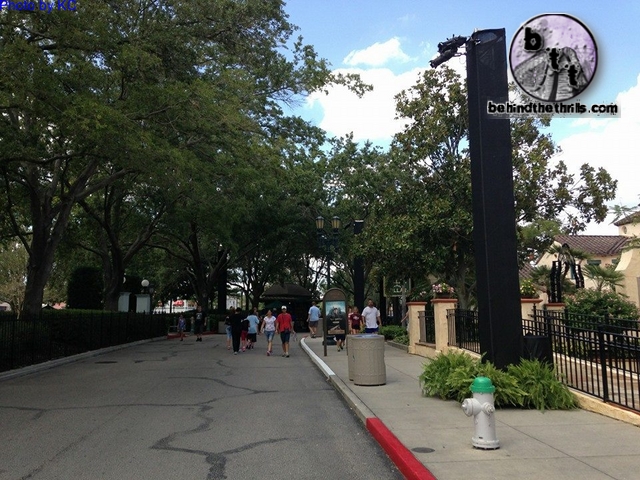 Although The Purge will most likely be the largest scare zone in the park, it’s not going to be the only one. In Central Park, near Pantages Theater, preparations are being made for another scare zone. It’s also worth noting that Rock The Universe will happen in a few weeks, and the area is also home to a stage for that event as well.

However, the area is said to be the setting for the all new scare zone “Bayou of Blood”. With mossy oaks shading the path, it’s honestly the perfect setting for an area that is to double as a swampy bayou. The Voodoo Queen, undead minions and more will stalk guests through the streets of Bayou.

The other two scare zones, Face-Off and MASKerade:Unstitched are set to take over other sections of the park. For those looking to watch the transformation, construction usually begins to ramp up after Labor Day, and things really tend to go full blast after Rock the Universe.

Halloween Horror Nights also has eight all new haunted houses in the works. Alien Vs. Predator, From Dusk Till Dawn, The Walking Dead, Dracula Untold:Reign of Blood and (allegedly) Halloween will all take guests into big screen horror franchises. Universal Creative has also pulled out the stops with three new original houses-Roanoke:Cannibal Colony, Dollhouse of the Damned, and Giggles&Gore Inc.

Halloween Horror Nights is a separate ticket event, and is not included in daily admission. It is not recommended for anyone under 13. The event kicks off on September 19th and runs until November 1st.