Universal Hollywood’s CityWalk has been on fire this year with a ton of musical acts in their Summer Spotlight Series. The series has featured the return of huge musical acts, as well as seen some up and comers get their starts. The series is in it’s final two weeks, and this week sees a former headliner come back on her own. 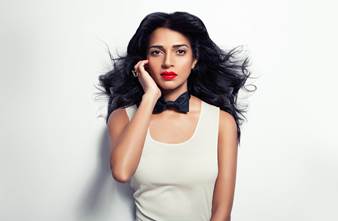 Thursday Nadia Ali will headline the huge free series at the “5 Towers” stage. She will perform at 8p.m. while Grand Warren will perform at 7. Grammy-nominated, IDMA-awarded vocalist and songwriter Nadia Ali gained worldwide recognition as the front woman of iiO with the acclaimed 2001 hit “Rapture.” Described by MTV as one of the “enduring empresses” of electronic dance music, Ali’s mastery of captivating vocals in combination with upbeat dance music has attracted a massive international following. She has worked with some of the finest DJs and producers, including Armin Van Buuren, Avicii, Gareth Emery, Sultan and Ned Shepard, Cazzette, Starkillers, BT, Arty and Alex Kenji.

Grand & Warren are James Alexander and Gary Rabbitt who attended the same Jersey City prep school and decided to unite their skills to be a powerhouse DJ duo. After gaining in popularity at local dance clubs, they have become the hottest regulars at top nightclubs in the Tri-State area, including Pacha in New York City and Lit Ultra Bar in Philly. A Grand & Warren experience involves the sweet sounds of speakers pumping a variety of house music, including progressive, progressive electro and progressive drums.

On Saturday “Live Dance Party with J&J Soulful Steps ” will take the stage for a non stop dance party. Sunday will see “Descarga feat. J. Alvarez, Benavides, Gabriel Coronel”. The party then continues next Thursday as the summer winds down.

For more information about The Summer Spotlight series at Universal Hollywood’s CityWalk, visit the official website by clicking here!