The bad guys don’t always lose, and sometimes they aren’t there to destroy or take over anything. Sometimes being bad is just fun. That’s the motive behind the all new Disney party, Villains Unleashed. The event brought out tons of rare bad guys, and gave them the spotlight, but was it something more? For years Disney has had the market cornered on kid friendly events, with their Mickey’s Not So Scary Halloween Party. Meanwhile they’ve lost all sorts of ground to Universal, and even Busch Gardens, as they offer up a decidedly more adult event. But what do you do when you’re the most family friendly place on earth? Do you dare to amp things up and risk upsetting your core audience? 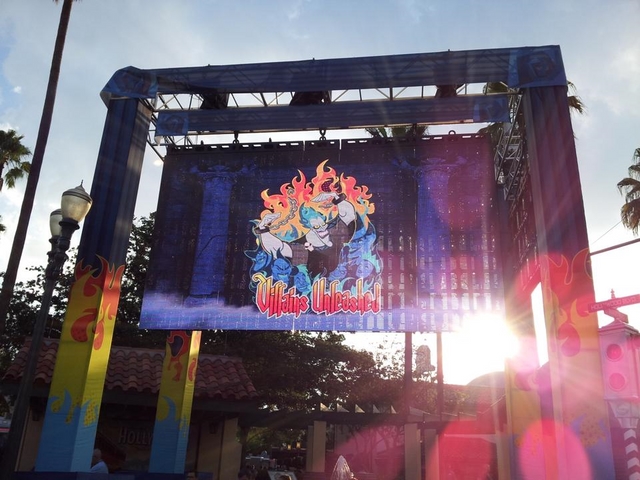 Villains Unleashed seemed to be the happy medium to all of that. The extra ticketed event brought out villains, some non-traditional heroes and some more adult oriented shows. The result was mixed, with the majority of the complaints coming not from the choice of shows, but for the three hour lines to get pictures with the many villains, such as Maleficent. 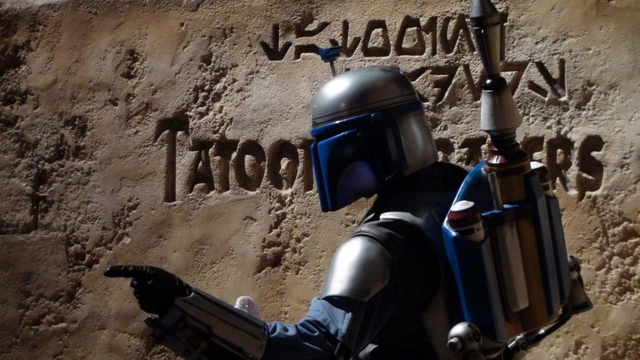 Some of the fan favorites, of course, were the Star Wars characters, which are seeming to have a new life now that there is a new coming out. Scum and villainy worked the streets as stormtroopers, bounty hunters and Sith mingled with the crowds. While guests can experience many Star Wars characters during Star Wars weekends, it’s not often that you get to see Darth Maul hanging out being an evil Sith Lord. 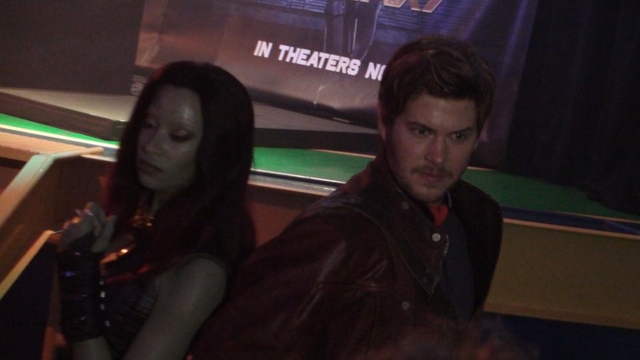 The biggest surprise was the first inclusion of Marvel characters at a Disney park, as Star Lord and Gamora appeared during the “Super Awesome Mix Tape Dance Party”. Guardians of the Galaxy isn’t a typical superhero movie, with the main characters being rowdy and motivated by money, bloodlust and revenge. Not your typical Disney fare, but still a huge hit. 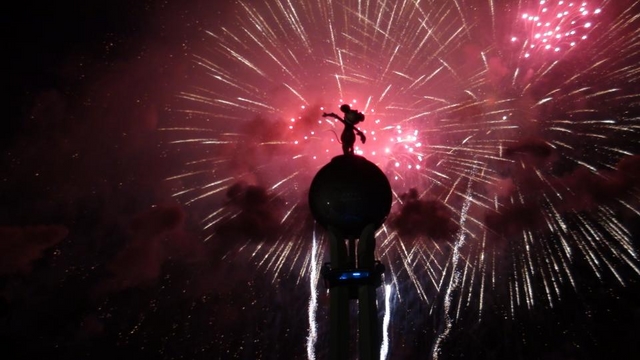 Of course it wouldn’t be a Disney event without fireworks. The Villainy in the Sky show was a highlight, and a huge hit, as most Disney fireworks shows are. This particular show was introduced by Maleficent, who received her very own stand alone movie, which painted her as being good…are we sure she still belongs here?

The big controversy came from the carnival style freak show and more adult oriented Oogie Boogie’s Freaky Funhouse. The show featured a disclaimer about the content, saying that it was not intended for children.
Wait…what?
That’s right, a Disney show not aimed at children made it’s premiere at a Disney park. The show featured sword swallowing, fire breathing, and sexy dancing. It was something that fans of Universal’s Halloween Horror Nights would applaud.
Our friends at Inside the Magic have the full show, as well as a rundown of the reactions.
Video-Get a look at Oogie Boogies Freaky Funhouse

This is definitely not something that Disney is known for. Disney usually has a squeaky clean image, and while this isn’t vulgar or even remotely “bad” it’s a little more grown up than Disney is known for doing. Now let’s look at the event as a whole. Villains Unleashed was done last year as a special add on to test the waters, and see if people liked the Villains. They did. Fast forward to this year, we have not only the Villains, but a PG show rather than a G rated show.

Let’s put all of that on hold, and go back a few years. There were huge rumors of Disney trying their hand at a haunted attraction. It wasn’t HHN level stuff, but more of a Goosebumps level event. Spooky, creepy, and a few jumps mixed in. That, for whatever reason, was deemed not appropriate for Disney and then just kind of went away. Let’s bring in Villains Unleashed. They tested it with a free event last year, then a paid event this year. Is this Disney’s way of testing a more adult oriented event?

Let’s take other events into consideration. Earlier this year Epcot tested an after hours, wind down party that was for adults only. It made sense, adults could wind down with a few drinks. Harambe Nights was also introduced,  Villains Unleashed, the more we think about it, makes sense. Disney is missing a Halloween event aimed at teenagers and adults. Villains are proving to be very popular, and the perfect opposite to all the “not so scary” fun that the kids enjoy. Next year it’s very possible that we could see Villains Unleashed return, and not only will we see more Oogie Boogie, but we could also see a warning on the event, or even better…how about we make it 12 and up completely?

Halloween is an untapped market for Disney. They do well with Not So Scary, but when it comes to something more for adults, there are two major theme park haunted events, as well as several major haunted attractions, that pull guests off property.  If Disney would do, even a mildly edgier attraction, they would pull at least some of the crowd that are up in the air about events like Halloween Horror Nights and Howl O Scream. They would also get a huge local crowd by offering the event when their passes for Halloween Horror Nights is not valid, like Saturday nights. All of those poor pitiful haunt freaks staring at the gates of Universal, hoping for a whiff of fog, and waiting for Sunday night to roll around would jump at the chance of some spooky Saturday night fun.

Of course many Disney die-hard bloggers and fans are gasping at this point, wondering how we could even suggest that Disney do an age restricted event, but the plain simple truth of the matter is that it’s really about time that it happens. Besides, if it’s not successful, it won’t be around very long.

So what do you think? Is Disney pushing things too far? Should Disney do an age restricted Halloween event?

For more information about Walt Disney World, including tickets, visit the official site by clicking here.