Fear City Chicago and Our Lady of the Cursed: A Journey into the Windy City’s Darker Side

It was a rapidly cooling late September evening when Fear City Chicago opened its doors for the 2014 Annual Press Preview Party. Inside the 40,000 square foot warehouse in Morton Grove, IL, electronic rock band V is for Villains entertained guests while they waited to experience this haunted attraction (returning for its fourth season). Fear City offers those brave enough to walk through its doors an up close encounter with the undead inhabitants of Chicago’s darkest recesses. Starting with a nightmare ride on Chicago’s subway, visitors wind their way through train tunnels, a not so abandoned mental hospital, a butcher shop, and other locations designed to disorient, scare, disturb, and even occasionally evoke laughter. For those that survive their trip through this decaying urban sprawl, Fear City features a second, all-new attraction: Our Lady of the Cursed. This abandoned all-girls school was the site of many unspeakable horrors and tragedies that befell both the students and teachers, including “murder, suicide, mutilation, grizzly experiments and other-worldly possessions.”  The school has been sealed shut, leaving the evil and its tortured victims locked inside to roam the halls, awaiting the next unfortunate soul to wander inside.

Both Fear City and Our Lady of the Cursed are very well executed haunts. Run by Chuck Grendys and Emmy-winning set decorator Jim Lichon, the production expertise they bring permeates through both houses. Fear City Haunted House uses an incredible level of detail to really drive home that this is Chicago. From big things like the subway station (complete with working turnstile) with authentic sounds you hear while boarding the ‘L’, to little things like empty food wrappers for local hot dog stand Superdawg, you are always reminded that the environments and characters were firmly planted in a real-world setting. As you move from scene to scene, you are completely immersed in that world. Particularly impressive are the antique store and the hoarder’s house. One can only imagine the sheer amount of hours needed to fill those scenes with all the random items (and in the latter’s case, literal garbage) to make them so realistic. This attention to detail carries through to Our Lady of the Cursed. The classrooms, chapel, library and all of the other settings feel real. There is no camo netting here to represent woods, or other shortcuts that you see some haunts take. Each set has an amazing level of detail that rival even the largest haunted attractions like Halloween Horror Nights.  Additionally, lighting for both houses is used minimally and effectively, and oozes atmosphere to help sell the setting. It even plays a part in continuing the story in the houses, sometimes entirely changing the tone of the scene mid-way through.

A variety of scares are utilized throughout the houses, which helps keep things fresh. Boo holes are well integrated into the scenes, keeping you guessing on where an actor might jump out from. There are some great optical illusions used throughout both houses, and older techniques are featured alongside more modern ones. The climax in Our Lady of the Cursed uses an especially classic but effective optical illusion. The aforementioned lighting is also used to disorient in places, and is executed perfectly. At one point in Fear City, the lighting turns what’s really just a large open room into a maze that takes a bit of time to navigate.

But scenery and technology can only take you so far without good actors, and neither house disappoints. With over 100 actors, the level of interaction is consistently high. There are multiple little scenes that play out as visitors wind their way through the houses, and the actors know their characters very well. There are little things that really elevate this, such as the possessed girls in Our Lady of the Cursed speaking actual Latin without having to pause while remembering what to say next. When we went through, there were opportunities to have mini-exchanges with a few of the characters, and there was never an awkward silence or out of character moment;  they know exactly how to respond in a way that fits both the character and the scene. Much like the set design and lighting, it’s clear that every detail about character interaction has been designed and executed on a very meticulous, professional level.

Fear City Chicago is a great experience, and was the perfect start to this year’s haunt season. It’s a must-see if you’re in the Chicagoland area this October.

Slideshow-Check out even more pictures from Fear City in Chicago

Fear City Chicago runs select nights from October 3 – November 1, and is recommended for ages 12 and up. The indoor waiting area opens at 7PM, and the houses start at 7:30PM, running until 11PM on weekdays and 12AM on Fridays and Saturdays. Tickets are $25 for Fear City and $20 for Our Lady of the Cursed, or 35$ for both; with a portion of the proceeds going to the District 219 Education Foundation, an organization to help students in need in Niles, IL. VIP Fast Pass Upgrades are available.

For more information about Fear City Chicago, including tickets, visit the official website by clicking here!

Previous PostLegends: A Haunting in Old Town named a "Best Year Round Haunted Attraction" just in time for Halloween! Next PostEnjoy an extra hour of magic at Diagon Alley on Halloween Horror Nights event nights 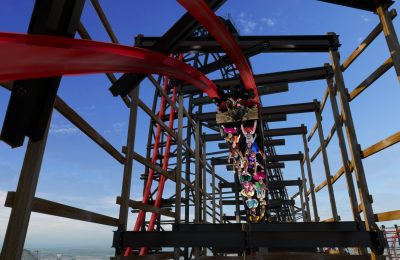 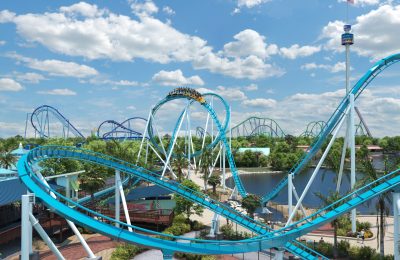