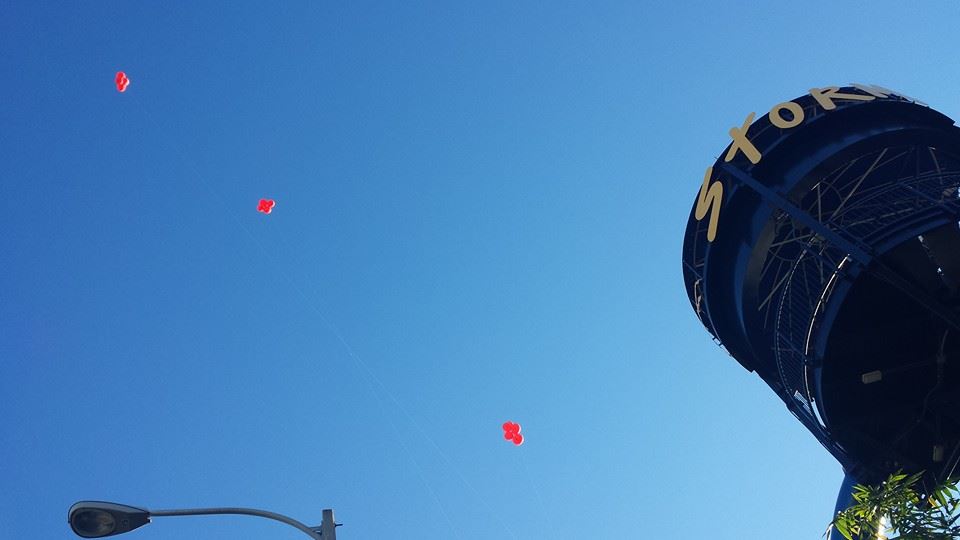 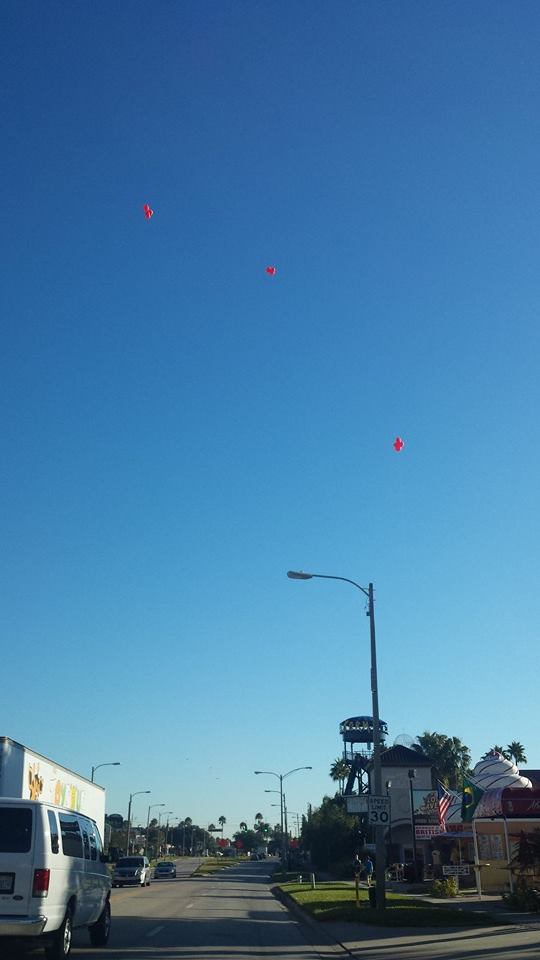 That wasn’t the only balloons spotted in the area. 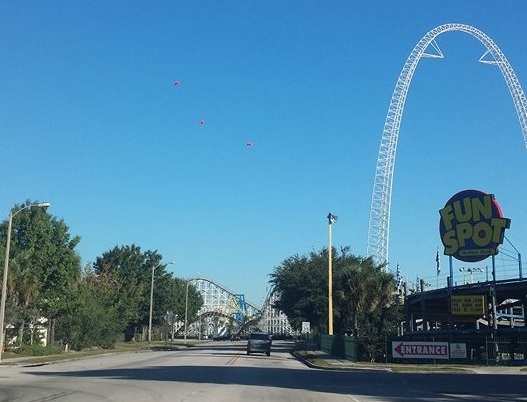 The second set of balloons is in the empty plot of land, directly behind Fun Spot America. The empty plot was purchased by Fun Spot just before White Lightning opened. The park underwent what was supposed to be a two year expansion, which included a waterpark. After the purchase of the land, the waterpark plans were put on hold.

If that wasn’t enough, there was one more set. 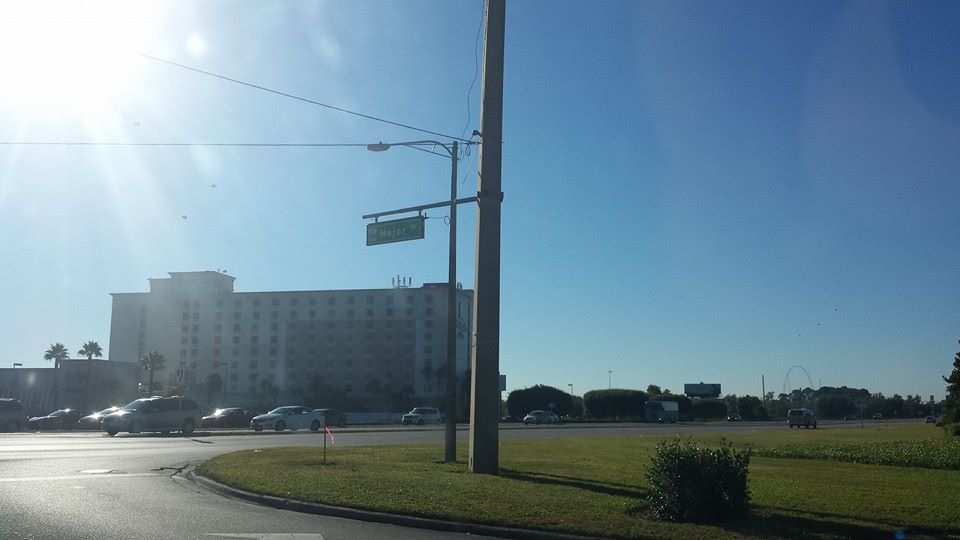 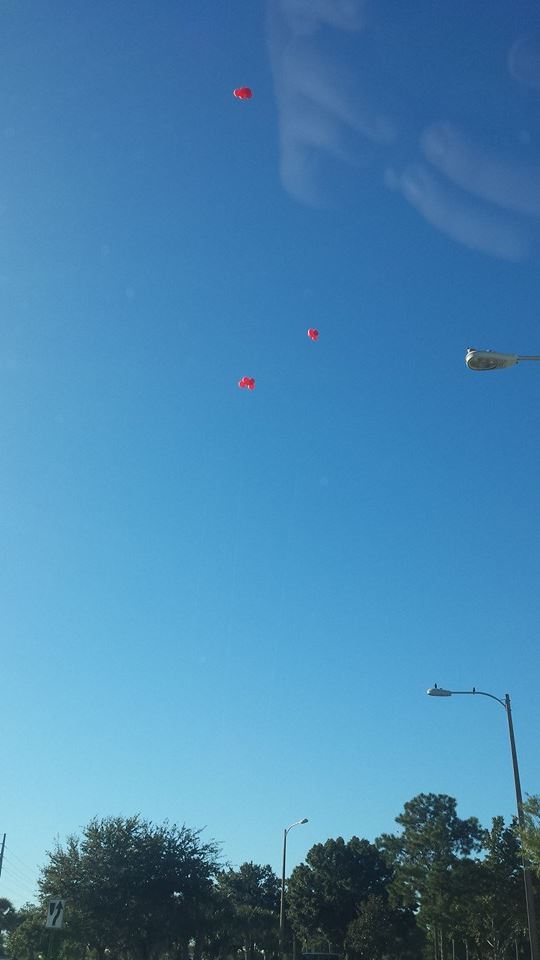 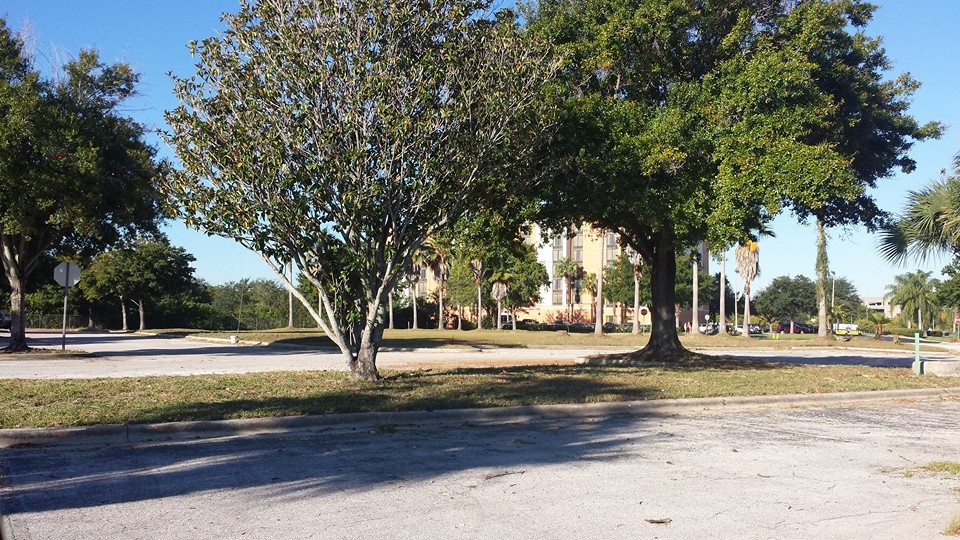 The third location is closest to Universal Orlando, and is just across Kirkman and Major Blvd. It’s near the spot where the former Mystery Fun House used to stand. The current owner is Dealer Property Holdings LLC.

An aerial map shows the locations of the three properties, and where the balloons are approximately located. While they are very close to each other, they are in three completely unrelated areas. Wet n Wild is owned by Universal, so it’s very possible that the balloons could be measuring a new ride. Fun Spot is going to install an all new ride soon, and possibly make a major announcement at IAAPA in November. The third spot is very close to Universal. There was a piece of land that was purchased very close to Universal about a year or so ago, but we’re not sure if that was the same land. 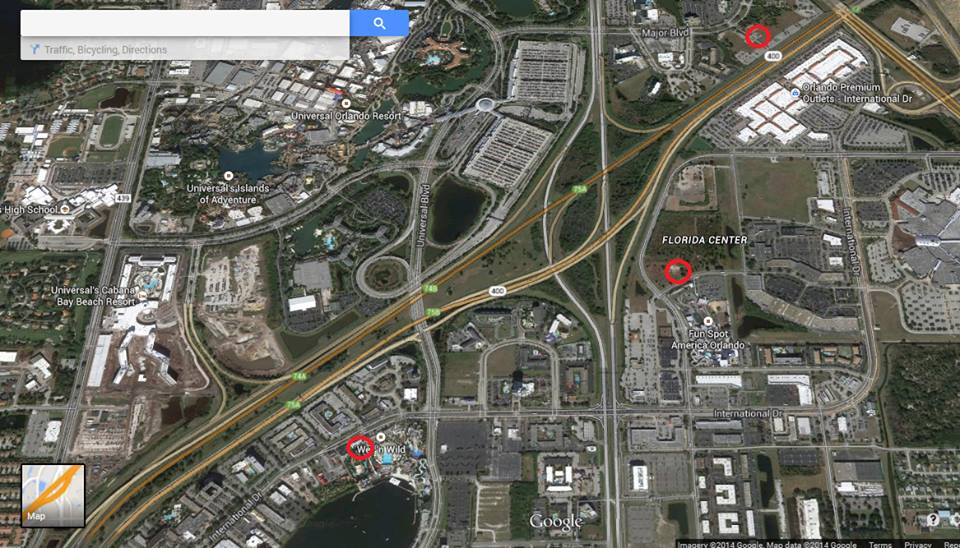 So the big question arises, what do these three properties have in common? If they are for different projects, it’s very suspicious that height balloons will be flown for three different projects at the same time. Is this theme park related? Wet n Wild and Fun Spot are owned by separate companies, but the land around it? We know that one parcel is owned by Fun Spot, but the rest? Then there’s the third location.

It’s very possible that the city or county is working on something new. There have been plans for an all new flyover bridge that will connect the area near Fun Spot with the area by Major Blvd near Orlando. That will be a huge boost to Fun Spot, and connect them with the nearby Universal Orlando hotels, but that doesn’t explain Wet n Wild.

Usually when height checks happen, there’s one height. Each location seemed to have three separate heights being measured.

We’ll play the role of conspiracy theorists here, and say that Comcast is secretly buying up land all around Universal Orlando. If that’s the case, we could see some major project coming to the area.

We’ll just have to wait and see how this all works out. 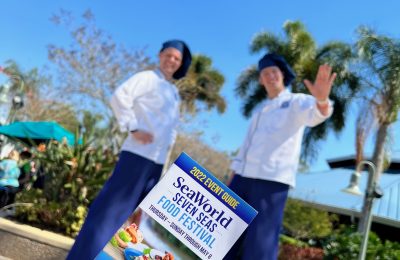