Halloween Horror Nights Hollywood is in full swing at Universal Studios Hollywood. For the third year in the row, Southern California’s premiere haunted event is playing host to The Walking Dead as a haunted maze and Terror Tram experience. The event was also the site of the world premiere of the fifth season of The Walking Dead, which hits viewers Sunday October 12th. 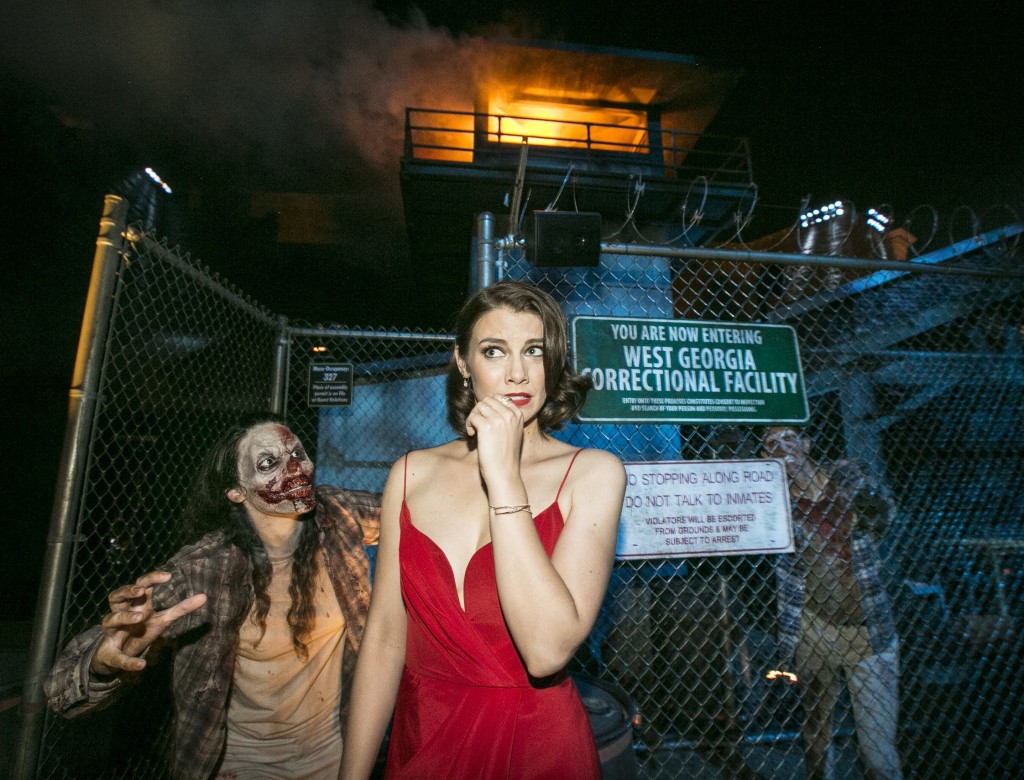 Lauren Cohan, who plays Maggie on the show was one of the celebrities who walked the “Dead Carpet” and greeted fans. The entire cast then took a run through the huge new maze at Halloween Horror Nights.


The Walking Dead is an outright phenomenon. Universal Studios Hollywood and Orlando have both been taken over by the TV show for the past three years. This year not only is The Walking Dead a maze, but it’s also the theme for the Terror Tram, as well as a huge scare zone.
Video-Welcome to Terminus at Universal’s Halloween Horror Nights Hollywood