The guests have spoken, and this year is by far the “Best Year Ever” for Halloween Horror Nights. The event is absolutely huge this year with so many big names, big houses, and big scares. That naturally draws big crowds, so to help get more scares in, Universal is expanding their hours on select nights. In addition, Universal’s own social media initiative, HHN Compound is getting bigger and bolder with more missions, more scares and more chances to win huge prizes. 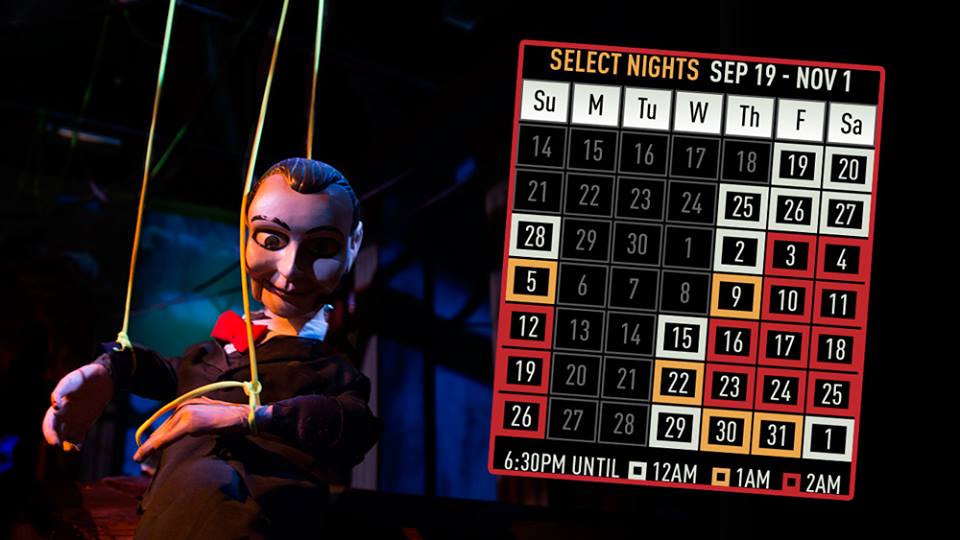 Twitter has been abuzz since opening night with all the love for this year’s Halloween Horror Nights. Followers of @HorrorNightsORL on Twitter have been singing tons of praises for the huge event. From this year’s huge licensed properties, to the amazing original content, it’s been a very successful year. At the end of each night, Universal conducts guest surveys, and each house has been the highest rated this year, out of any other year in history.

If that wasn’t enough, the social media initiative, HHN Compound has been gaining speed, sending out more recon missions and gaining more recruits. HHN Compound is just the first in what the park hopes will be many more social media meet ups and interactions with fans. Guests in the park who follow @HorrorNightsORL and the #HHNCompound hashtag have the chance to win great prizes, which includes T-shirts, meet ups and more.

Here’s a glimpse of what you might be able to experience as part of the HHN Compound:

We were able to meet up with Doc from this season’s Face Off, as well as get some great scares from the Voodoo Queen from Blood Bayou. We also had the chance to walk through Halloween and come face to face with Michael Myers, after getting a walkthrough with one of the A&D team members who created the house.

Other chances that fans will have will include:

Halloween Horror Nights has stepped things up in a big way this year. Halloween, with Michael Myers is one of our favorite houses of all times. What’s yours?

Stay tuned for more from Halloween Horror Nights and be sure to get social with us on Facebook, and follow along with us on Twitter @BehindThrills for the latest updates!