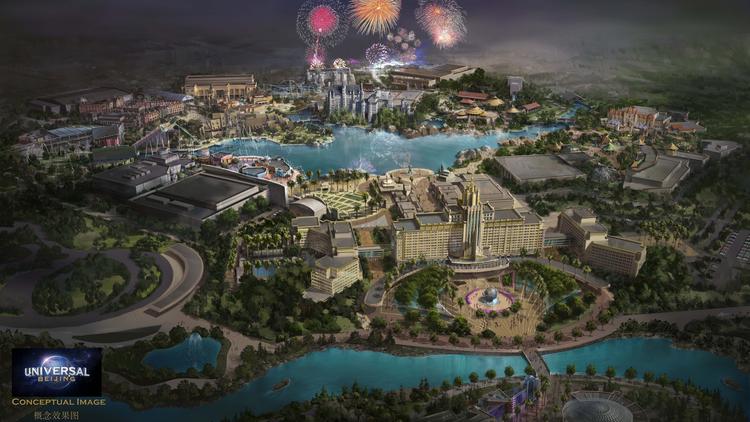 Tom Williams, chairman and chief executive of Universal Parks&Resorts was on hand to make the huge announcement. The new resort will come with a $3.3 Billion dollar price tag. It will feature a huge theme park, with many Universal attractions. It will also feature the signature dining and entertainment complex, CityWalk, as well as an all new hotel.

Details were sparse on just what the new park will feature as far as attractions, but it’s a pretty safe bet that the parks will be filled with attractions that work in other parks, including Transformers, Harry Potter and Jurassic Park.

Tom Williams said that the park will also feature attractions that “pay proper homage and respect to Beijing and Chinese Culture” and has conducted extensive research on themes and ideas that would fit easily into that park.

As for exactly what attractions we can expect, the concept art shows a huge mix of different ideas, including what looks like a copy of The Incredible Hulk Coaster, which is currently a staple of Islands of Adventure’s Marvel Superhero Island. While it’s unlikely the park would have a Marvel themed area, since Disney owns the rights to all Marvel characters, it could be a clone with a different theme. Or, the park could remove the coaster in Orlando and ship it to Beijing, as it’s been rumored to be doing a huge retheme of Marvel Superhero Island for many years now.

Other additions look to include Jurassic Park, and what appears to be a much larger version of The Wizarding World of Harry Potter. The resort will also feature a one of a kind hotel, that will be themed to Universal. Guests could stay in JAWS themed rooms.

China is undergoing a theme park boom, with almost 60 new parks expected to be opened by 2020. The Universal Studios Park will be built in partnership with NBC Universal and Bejing Shouhan.

Stay tuned for more details about Universal Studios Beijing, and be sure to get social with us on Facebook, and follow along with us on Twitter @BehindThrills for the latest updates! 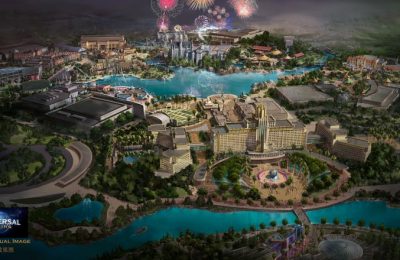