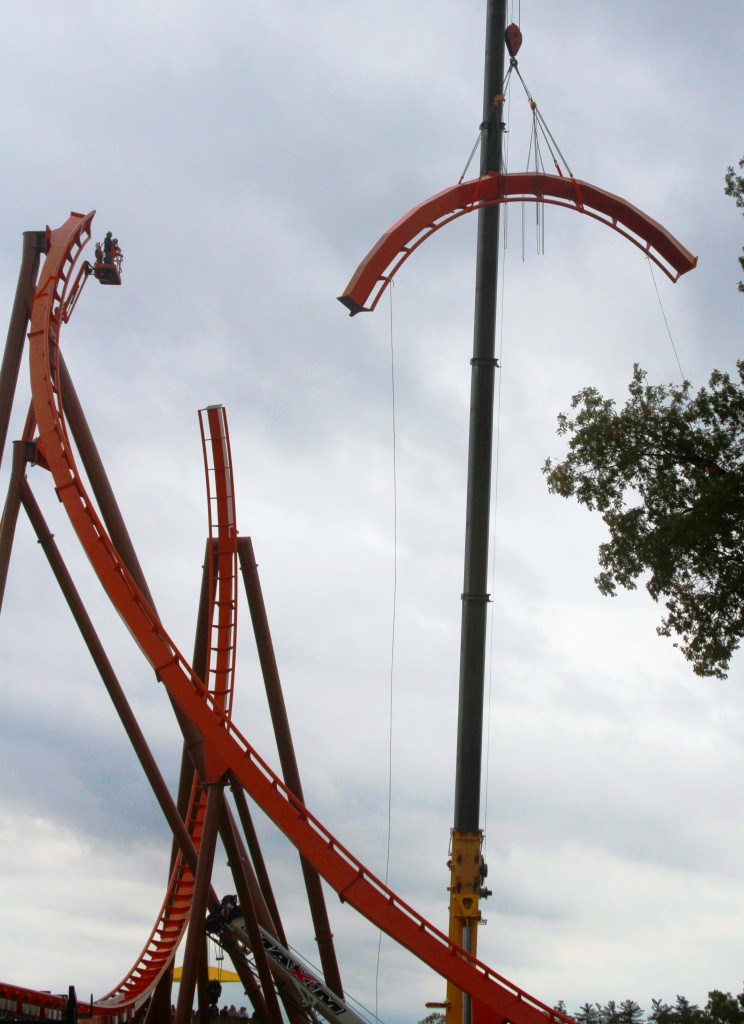 On Tuesday, the nearly nine ton top half of the Immelman Loop was installed, marking the tallest point on the coaster at 140 feet tall. It’s also the tallest loop on the coaster, and the first thing that guests will soar into as they are launched at 60 mph. The launched wing coaster will also feature a 125 foot tall loop, a zero-G roll, and barrel roll. The coaster will hug the land, go through very unique elements, and even pass over the neighboring coaster The Voyage.

Video-Watch as Thunderbird is topped off!

The park is currently only open for Halloweekends, which features a corn maze, rides, and the hit musical show Graveyard Smash. Construction on Thunderbird will continue, and the coaster is scheduled to be open on Holiday World’s opening day for 2015.
Stay tuned for more from Holiday World, and be sure to get social with us on Facebook, and follow along with us on Twitter @BehindThrills for the latest updates!