Win a chance to see One Direction at Universal Orlando 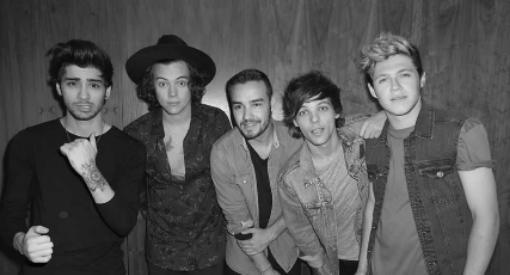 According to the official 1DOrlando website (click here), fans can enter for a chance to win in several contests. Depending on where you are in the world, you can make a go and get creative for One Direction.

In the US, fans will have to come up with a creative T-shirt design based on the cover of the upcoming album Four.

Universal will be hosting a free concert in CityWalk on November 17th, and will also include several unique ways to celebrate the band sprinkled all throughout the park. Guests staying at The Cabana Bay Beach Resort will be able to get a wake up call from the band, as the resort will be decorated head to toe with One D memorabilia. Hollywood Rip Ride Rockit will be rocking a special One D soundtrack, and the nightly Cinematic Spectacular will feature One Direction on the huge water screens.

Enter to win to

Stay tuned for more from Universal Orlando, and be sure to get social with us on Facebook, and follow along with us on Twitter @BehindThrills for the latest updates!
For more information about Universal Orlando, including tickets and hotel reservations, visit the official website by clicking here!