The Wizarding World of Harry Potter expanded this year to include a massive new attraction, shops, and dining.  Three new films are due out that take place in the Wizarding World, and JK Rowling is writing a bunch of stuff on Pottermore that takes place in the Harry Potter Universe. If you thought that Pottermania would die down just because the book and movie series had ended, you thought completely wrong. On top of all that, Universal Orlando is looking to bring a new tradition to their park every January to celebrate The Boy Who Lived. This year, Universal is bringing in the only wizard Voldemort was ever scared of. 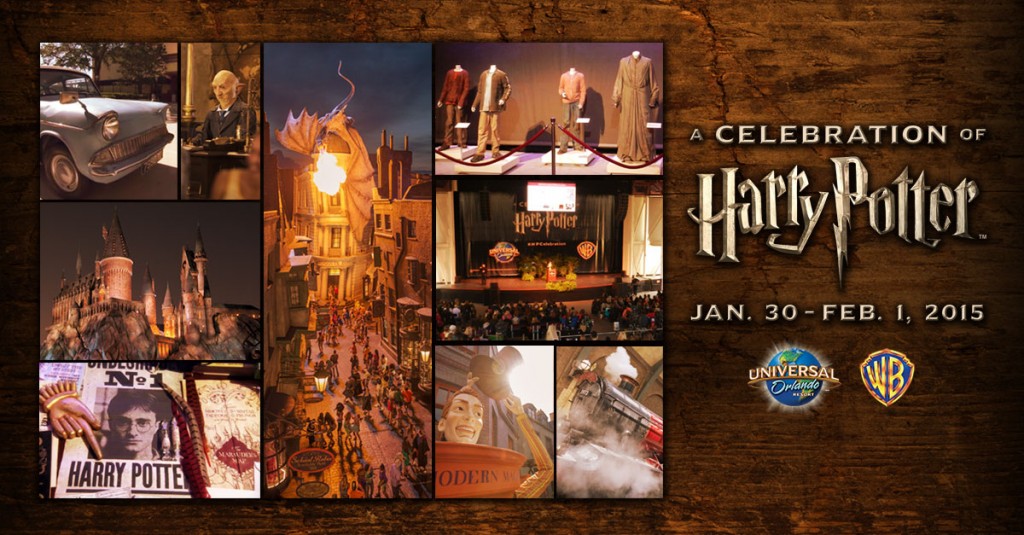 Universal Orlando has already announced that they will bring back the very popular “Celebration of Harry Potter” on January 30th-Feb 1st 2015. We already had an idea that there would be some really big stars from the film series, and some huge presentations, but we didn’t know just how big.

Today Universal Orlando announced that James Phelps, Oliver Phelps and Evanna Lynch (The Weasley Twins and Luna Lovegood in the films, respectively) are all scheduled to appear. They appeared at the event in 2014, and were featured heavily in Diagon Alley at Universal Studios Florida. Robbie Coltrane, who played Hagrid will also be scheduled to appear. And last, but certainly not least is Michael Gambon. You may know him better as Albus Percival Wolfric Brian Dumbledore. The cast will take part in several Q&A sessions and will be there to meet fans.

In addition, there will be a massive Harry Potter Expo, which will house huge demonstrations from Warner Brothers, The Harry Potter Tour and much more. Plus you can meet several of the artists behind the film series, as well as the artist who redesigned the books covers.

“A CELEBRATION OF HARRY POTTER” EXPO
The Expo will be held inside a Universal Orlando soundstage and will be open to guests throughout the weekend.  The expo will include the following booths and exhibits that will give guests deeper insight into the global phenomenon that is Harry Potter:

Sorting Hat Experience:Do you think you are a Gryffindor, or a Slytherin? A Hufflepuff? Perhaps a Ravenclaw? At the beginning of each school year the Sorting Hat sorts new Hogwarts students into the appropriate house, and you’ll have the opportunity to get sorted in a Hogwarts-inspired setting…sponsored by Harry Potter™: The Exhibition.

Want to see all the fun? Check out our full Harry Potter Celebration Playlist from 2014!


The event is full of tons of surprises, and you really never know just what will be coming to the Celebration. Last year audiences got a glimpse of Diagon Alley, as well as some great new details. While there is no new land this year, there could be some huge announcements about upcoming movies, or books…or anything! It’s a very exciting time to be a Potter fan! While we can’t confirm it, we have reason to believe that WARM BUTTERBEER will be served once again for Harry Potter Celebration guests. It’s an amazing take on the traditional Butterbeer, only with the consistency of hot chocolate.

The best part is that guests will be able to travel from Hogsmeade at Islands of Adventure to Kings Cross Station in London at Universal Studios Florida to experience two amazing lands that tell one huge story.

Harry Potter Celebration is included with theme park admission, and kicks off on January 30th.
Stay tuned for more from Universal, and be sure to get social with us on Facebook, and follow along with us on Twitter @BehindThrills for the latest updates!

For more information about Harry Potter Celebration, including tickets, visit the official website by clicking here!