Alright you primitive screwheads…listen up. Fans have been pining for a fourth Evil Dead film in the franchise for years. With the success of The Evil Dead reboot/remake/resequel back in 2013, it was announced that yes, Evil Dead 4 was going to happen (actually Army of Darkness 2, but who’s counting) only to find that it didn’t. It was also announced that sequel to the 2013 film was going to happen..and then it didn’t. So color us skeptical, but cautiously optimistic when we bring you news that Evil Dead will return, only not on the big screen. 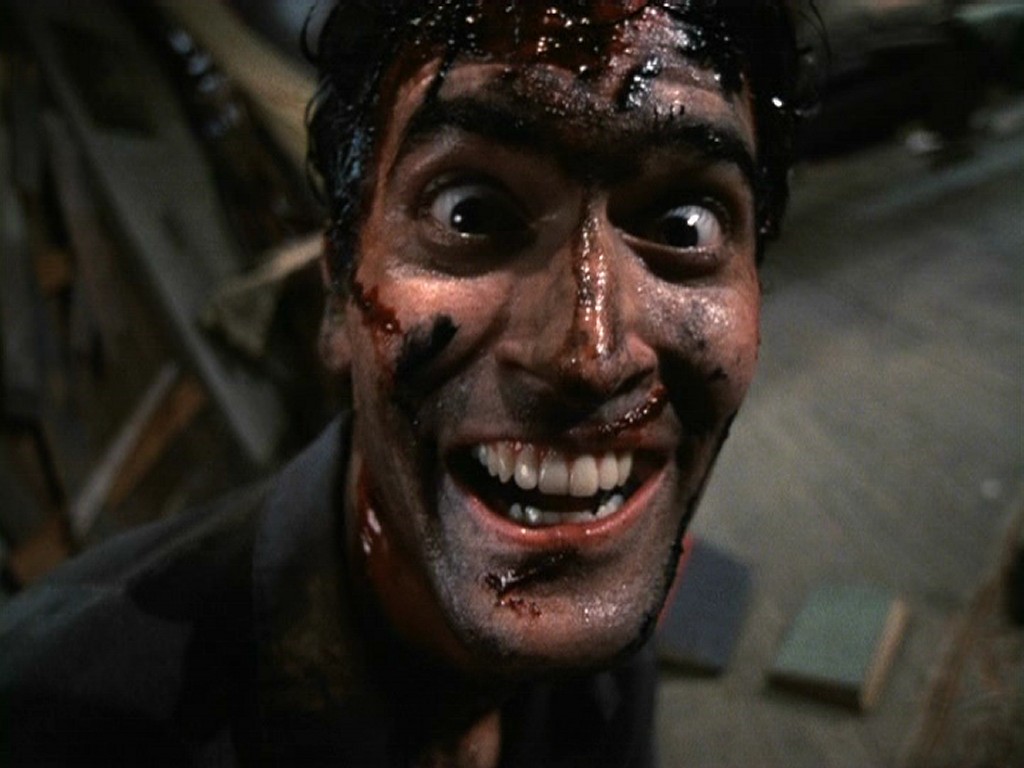 According to Entertainment Weekly, an Evil Dead TV show has been ordered and it is happening for STARZ. The TV show is being produced by one of the producers of the Starz hit show, Spartacus. The producer also had a hand in the original three Evil Dead films and the remake. Sam Raimi. If that’s not enough of  geekgasm, then hold on. Raimi will be writing and directing the first episode of the show.

But where will the story take place? Who will be the main star of the show for Starz?

The show will follow the life of a stock boy who has spent the last 30 years dodging his responsibilities, maturity and possibly even fate. Ash-played by Bruce Campbell….let that sink in…YES ASH, PLAYED BY BRUCE CAMPBELL!!!! Ash will pick up the chainsaw once again when a Deadite army invades, and threatens to take over the world. It will be gory, bloody and funny…just like the other films.

In 2012, Knott’s Scary Farm turned their Log ride into The Evil Dead, based on the 2013 film. It was Evil Dead, pretty much in name.

Fast forward to 2013, and Halloween Horror Nights in both Orlando and Hollywood. The masters of horror there took their talents (and huge budget) and gored up the place. They used more blood in those houses than in any house in Horror Nights History, and created all of the memorable scenes from the ultra bloody remake.

So, say that Evil Dead is a hit (which it will be) and Starz wants to cash in even further on the franchise. It’s very possible that Universal could go back to that franchise. They recently did this with From Dusk Till Dawn, which started as a movie and is now a TV show on El Rey. Would you like to see Ash jumping out of the shadows, scaring the hell out of you at HHN? Knott’s could do this as well, but they do their own brand of horror so well, that it’s best to stick with their stuff.

Evil Dead the show airs in 2015, which means they are already working on it!