With wooden coasters, you pretty much see what you get. The Gravity Group and ADT Amusement Park in Seguin, Texas is looking to change that with the reveal of their all new coaster. Switchback is an all new coaster that is a first of it’s kind in the world. While it is very much a traditional wooden coaster, it takes new innovation and creates something truly unique. 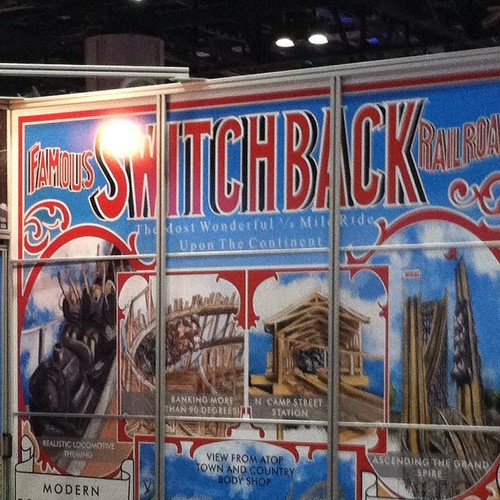 The all new coaster is the world’s first Wooden Shuttle coaster. Traditionally, shuttle coasters are steel and can use only one train. They are also pulled backwards up the lift hill and launched back down through the track, until it reaches a stopping point, where it then goes back through the track again…backwards.

Switchback takes the idea of a traditional coaster shuttle, and throws it away. Switchback will go up a traditional lift hill, where riders can get that “clickety clack” an then go speeding through 1,175 feet of track. The track will have overbanked turns that will max out at 104 degrees, and will finally come to an end when it reaches the top of the 64 foot “Grand Spire”. The coaster will then shoot backwards through the track it just came from and will take riders back into the station.

Video-Watch the unveiling of the world’s first wooden shuttle coaster-Switchback!

The ride almost didn’t happen, as the Gravity Group originally designed the coaster to be a more traditional shuttle. The owners of ZDT felt that it wasn’t traditional enough, and were about to say no. That’s when the idea of the switchback came into play. 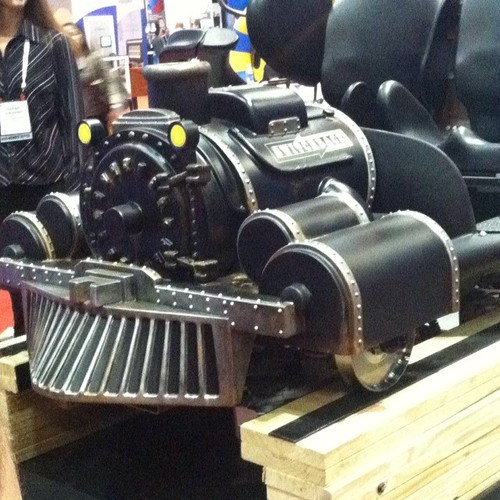 ZDT Amusement Park is likely a small park you haven’t heard of before, but there’s a good chance that you will hear more from it. The park opened in 2007, right down the road from giants like Six Flags Fiesta Texas and SeaWorld San Antonio. They originally opened with five rides, and have since expanded.

Video-Go for a ride on Switchback!

As every coaster rider knows, coasters are an addiction. We predict that ZDT is about to get hooked, and we can more than likely expect many more great things from this little Texas park.

As for the wooden shuttle, this idea is pretty much unlike anything that’s been done. It’s a pretty safe bet that the idea will spread, and other parks will want to include the design. It’s also pretty safe that we will see the design get bigger, and more elaborate with each new coaster that opens.

Slideshow-Check out even more pictures from IAAPA!

Stay tuned for more from IAAPA 2014, and be sure to get social with us on Facebook, and follow along with us on Twitter @BehindThrills for the latest updates!

For more information about ZDT Amusement Park, including tickets, visit the official website by clicking here!