Knott’s Berry Farm has been on a roll the past few years with new and revamped attractions. The Southern California theme park has added a revamped Boardwalk area, complete with an all new family coaster,  and has revitalized fan favorite attractions like Timber Mountain Log Ride and Calico Mine Train. The attractions were brought up to date with new audio, new animatronics and better special effects. For 2015, Knott’s is going to need your help saving the park as the Queen of the Kraken Army is trying to take over. 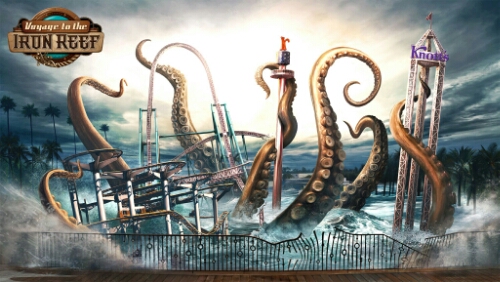 The all new interactive dark ride will pit riders in a battle for the park as Voyage to the Iron Reef will give guests the chance to battle against giant steampunk creatures. The ride will combine 3D screens with an interactive shooter that will react to how guests play.
The new ride will tell the story of the Kraken Queen and her aquatic army, and their unquenchable hunger for metal. They have risen close to the park, and are devouring all the coasters in sight. 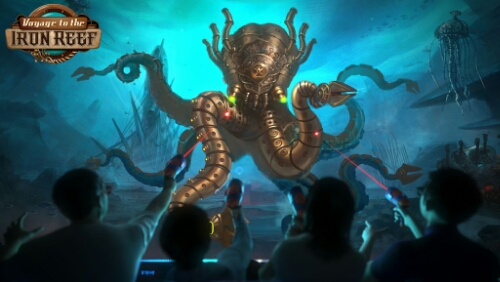 Montreal-based Triotech, the multi-sensory attraction developer that animated the popular Wonder Mountain’s Guardian at Canada’s Wonderland, is the creator behind the groundbreaking gaming system and animation for Voyage to the Iron Reef.
The best part is that the ride will react to your actions, so that no two rides will ever be the same. Guests will be able to compete with other subs, and get different outcomes.
The new attraction is scheduled to open in 2015 on the site of the original Bear-y Tales. The site then gave way to Kingdom of the Dinosaurs, so the new ride has some mighty big shoes to fill.

“The same commitment to storytelling and dedication to incorporating the most cutting edge ride technologies that made Knott’s Bear-y Tales and Kingdom of the Dinosaurs so popular is what has driven the Iron Reef creative process,” said Raffi Kaprelyan, vice president and general manager of Knott’s Berry Farm.  “The technology showcased in Iron Reef will honor the legacy of the attractions that preceded it, and propel the on-ride experience into the 21st century.”

Concept art found on TrioTech’s website can give us more ideas on the sheer scale of the attraction. Keep in mind the artwork below does not exactly refect what is planned for Knott’s, but rather, show off some neat tricks the ride system can do. 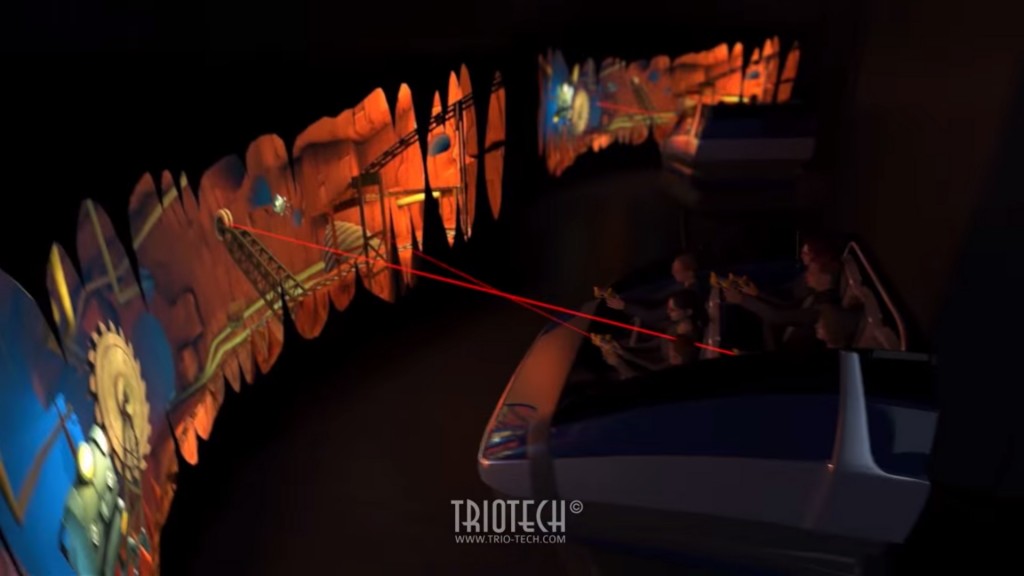 At the end of each ride winner’s from ride vehicle will be showcased on screen from a built in camera embedded into the vehicle. 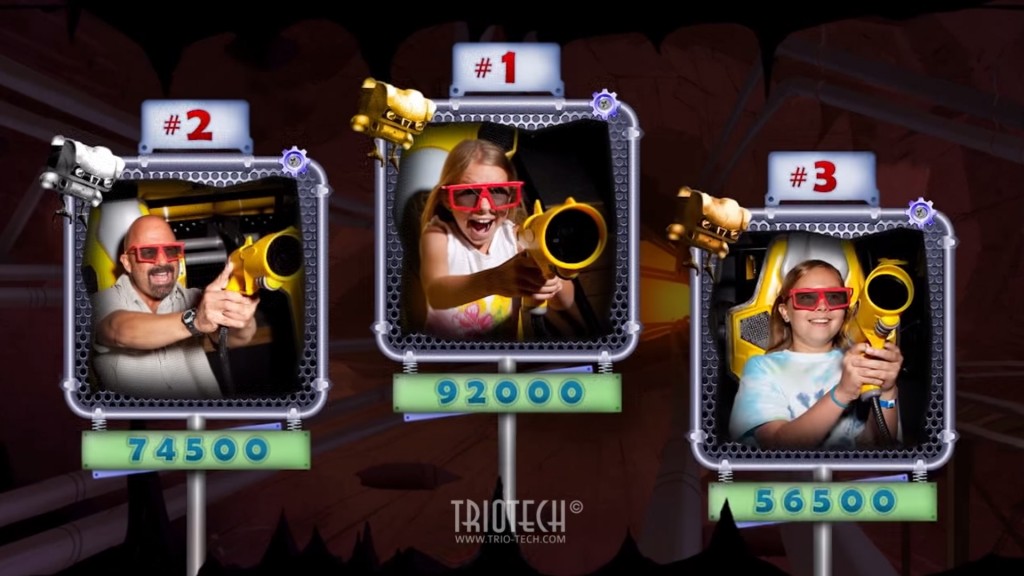 A general idea of how the screens will be layed out. Again this is just a piece of conept art. Knott’s attraction is said to have over 11 screens ranging from 30-70 feet long, as well as have practical sets and figures. Knott’s will unveil a better look at the system and ride next week during the annual IAAPA Expo in Orlando! 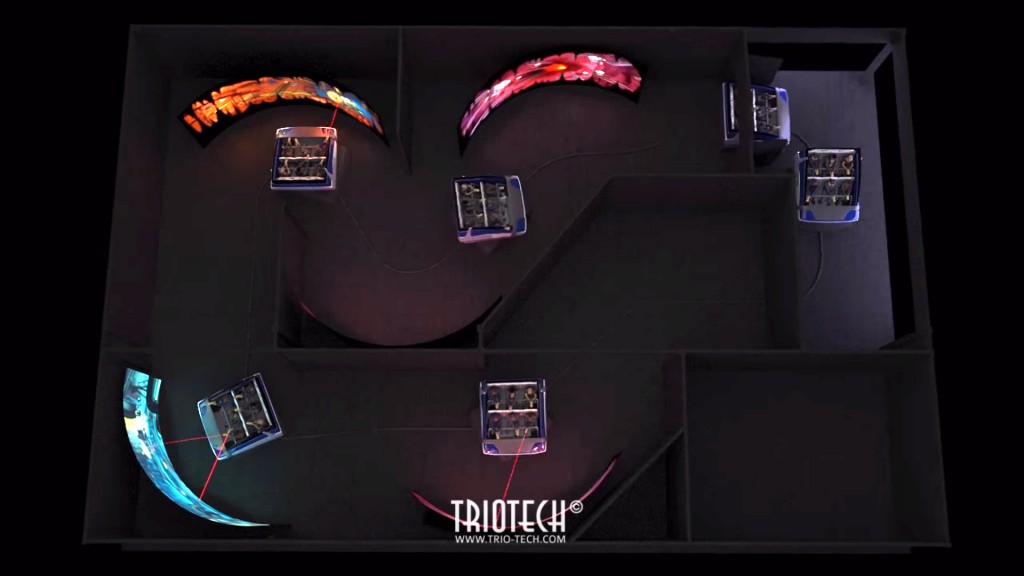 Stay tuned for more about Iron Reef, and be sure to get social with us on Facebook,  and follow along with us on Twitter @BehindThrills for the latest updates!
For more information about Knott’s Berry Farm, including tickets, visit the official website by clicking here!

TAG2015 Attractions Knotts Berry Farm voyage to the iron reef
Previous PostEpcot's "Holidays Around the World" to bring new tastes for the holidays, mixing entertainment and food Next PostOne Direction to air first US television special taped at Universal Orlando