Everyone loves the Minions of Despicable Me. They are, in a lot of ways, one of the best parts of the movie. But where did they come from? What are they really? Why do they get their own ride? All those questions and probably more will be answered when the Minions get a movie all their own in the summer of 2015. The all new adventure follows all the Minions through time, and Kevin, Stuart and Bob through New York in search of the most Despicable villain of all to serve. It also comes just in time for complete and total Minion takeover of the Universal theme parks in Hollywood and Orlando. 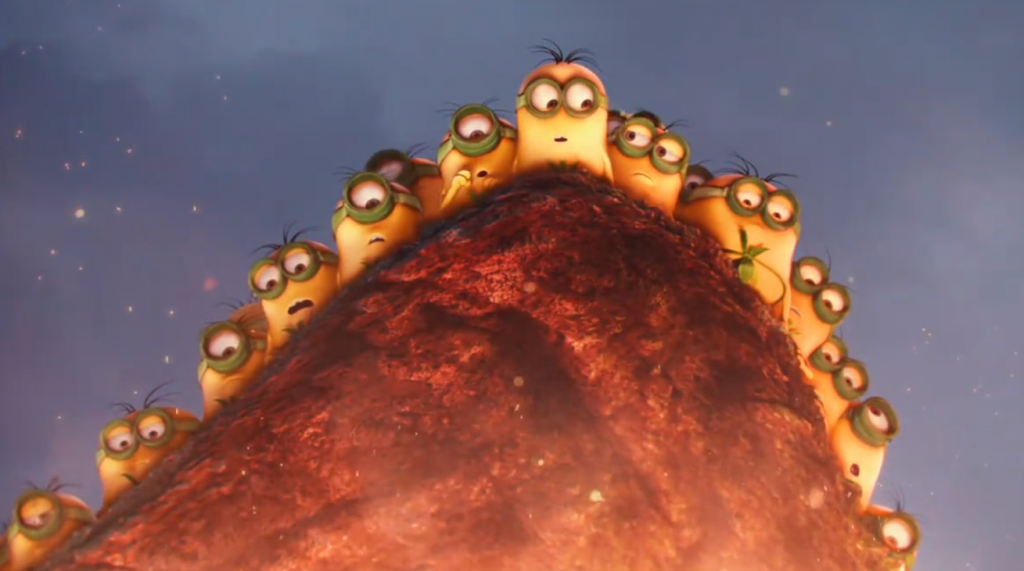 The Minion movie will star Sandra Bullock, Michael Keaton, and Steve Koogan, and will not take place in the same storyline as Despicable Me. In fact, the majority of the film will take place about 42 years BG (Before Gru), though it looks like it will jump throughout time.
Video-Minions Trailer has a banana!

Minions are going to have a massive takeover at the box office. The film takes some of the best characters from Despicable Me and focuses all the attention on their antics. We’re not sure, but since Gru is kind of a nice guy now, and the new Minions film will showcase that Minions go after someone Despicable, it could be a safe bet that Despicable Me 3 could pick up with the Minions looking to leave Gru for someone who’s a tad more evil.

Universal Studios Hollywood not only has the ride, but also a whole playland dedicated to Despicable Me called Super Silly Funland. The area has water play areas, games, and a spinning ride. Did we mention you can get a frozen banana?

In Orlando, Universal Studios Florida has not only Despicable Me:Minion Mayhem, but guests staying onsite at Loew’s Portofino Bay Hotel can book a Minion suite and sleep like a Minion in special beds, with special decorations.

Minions will take over theaters in 2015, but you can live, party and train like a Minion now at Universal Studios Hollywood and Florida.
Stay tuned for more from Universal, and be sure to get social with us on Facebook, and follow along with us on Twitter @BehindThrills for the latest updates!